Chuck Schumer Withdraws The Wall Funding Offer He Never Made 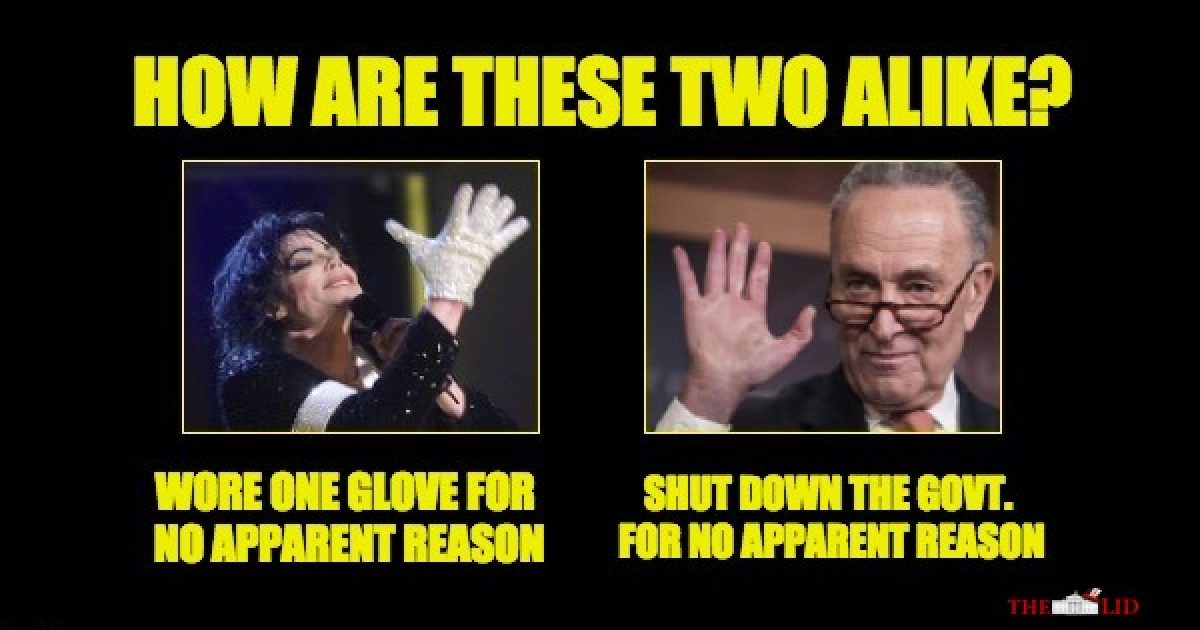 Perhaps he wants to make reaching a deal more difficult, or perhaps he needs to show some backbone now that his fellow Dems have beaten him up for agreeing to restart the govt. without first getting a DACA deal, because the press is reporting that Senate Minority Leader Chuck Schumer (D-N.Y.) has withdrawn the offer to fund the border that he never made.

While the Democrats and MSM spinmeisters say Schumer agreed to rais the funding for the wall, but what he told the Senate was,

“In exchange for strong DACA protections, I reluctantly put the border wall on the table for discussion. Even that was not enough to entice the President to finish the deal.”

What he was offering was the opportunity to discuss the funding.

… [A]n outline of an agreement was struck, according to one person familiar with the discussion: Mr. Schumer said yes to higher levels for military spending and discussed the possibility of fully funding the president’s wall on the southern border with Mexico. In exchange, the president agreed to support legalizing young immigrants who were brought to the United States as children.

Mr. Schumer left the White House believing he had persuaded the president to support a short, three to four-day spending extension to finalize an agreement.

So did The Hill:

Senate Minority Leader Charles Schumer (D-N.Y.) said early Saturday that he agreed to discuss the U.S.-Mexico border wall as part of negotiations with President Trump, but wasn’t able to win him over.

“During the meeting, in exchange for strong [Deferred Action for Childhood Arrivals] protections, I reluctantly put the border wall on the table for the discussion. Even that was not enough to entice the president to finish the deal,” Schumer said from the Senate floor.

Apparently, Schumer is taking the funding offer he never made off the table.  Politico is reporting:

The Senate minority leader, through an aide, informed the White House on Monday that he was retracting the offer he made last week to give Trump well north of the $1.6 billion in wall funding Trump had asked for this year, according to two Democrats. And now they say Trump will simply not get a better deal than that on his signature campaign promise.

Schumer “took it off,” said Illinois Sen. Dick Durbin, the No. 2 Senate Democrat. “He called the White House yesterday and said it’s over.”

I would be willing to discuss with the both the President and Sen. Schumer the possibility of funding the wall out of my own pocket. Not that I would be able to even if I wanted to pour billions into the federal treasury, but my offer is as legitimate as Schumer’s. Neither one of us ever said we would fund the wall, only that we would discuss the possibility of funding the wall.