Northeastern U Study: School Shootings Have DECLINED Since 1990s 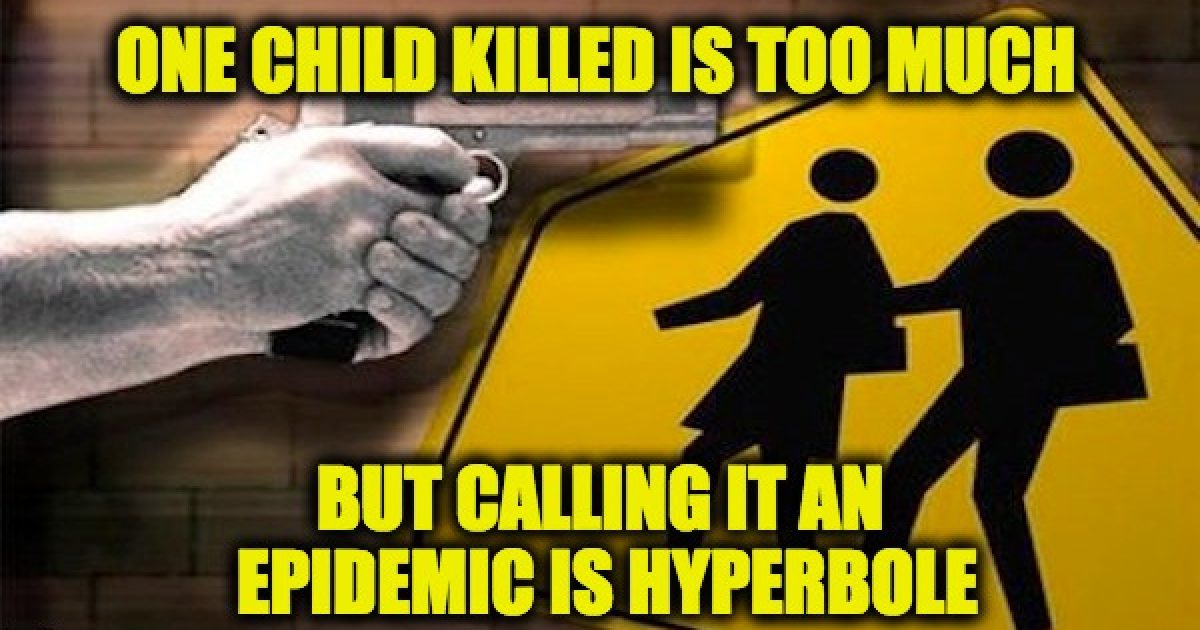 One school shooting is too much, but the media hysteria about an epidemic of school shootings is nothing short of hyperbolic.  A new study tracking school safety in the U.S. shows that since the 1990s violence in schools has actually declined and mass shootings have fallen. Indeed, the liberal mantra that American schools are more dangerous than ever seems to have been blown out of the water by this study.

The study by researchers at Northeastern University said that despite the media hype, mass school shootings are extremely rare. Further, the study shows that shootings involving students have been on the decline since the 1990s. In fact, the review found that four times as many kids were killed in schools in the early 90s than have been since then.

According to James Alan Fox, the Lipman Family Professor of Criminology, Law and Public Policy at Northeastern, “Schools are safer than they were in the 90s, and school shootings are not more common than they used to be. There is not an epidemic of school shootings.”

Fox added that more children die in pool drownings and bicycle accidents than in school shootings.

The study went on to note that over the past 25 years, about 10 students per year of the estimated 55 million American students were killed by gunfire at school. The study also demolished the left’s claim that there have been 18 mass shootings in schools this year alone.

“Since 1996,” the study said, “there have been 16 multiple victim shootings in schools, or incidents involving 4 or more victims and at least 2 deaths by firearms, excluding the assailant.”

Sixteen in over 20 years is a far sight different than the left’s claim of 18 just this year alone!

“Of these,” the study continued, “8 are mass shootings, or incidents involving 4 or more deaths, excluding the assailant.”

“This is not an epidemic,” Fox added.

“There is not an epidemic of school shootings,” he said, adding that more kids are killed each year from pool drownings or bicycle accidents. There are around 55 million school children in the United States, and on average over the past 25 years, about 10 students per year were killed by gunfire at school, according to Fox and Fridel’s research.

“The thing to remember is that these are extremely rare events, and no matter what you can come up with to prevent it, the shooter will have a workaround,” Fox said. He added that there have only been five cases in which kids between 18 to 20 used an assault rifle in his crime.

The researcher, though, cautioned that mental health policies need to be changed to help troubled kids. But Fox also played down increased security measures, such as ID policies and metal detectors, often just don’t work.

In addition to being ineffective, Fox said increased security measures of these kinds can do more harm than good. He called the suggestion to arm teachers “absurd” and “over the top.” “I’m not a big fan of making schools look like fortresses, because they send a message to kids that the bad guy is coming for you — if we’re surrounding you with security, you must have a bull’s-eye on your back,” Fox said. “That can actually instill fear, not relieve it.

You can bet this study will likely be completely ignored by the press because it totally destroys the left’s base assumptions.