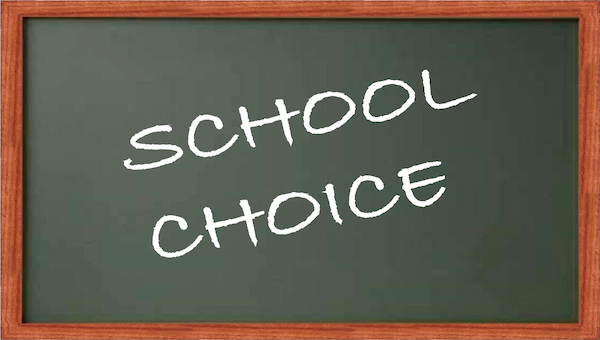 School choice. You’d think the party that wraps itself in the banner of ‘choice’ would be in favor of it. But no. If anything, they’re freaking out over this legislation’s implications.

Parents who have the money can do the same as so many elected Democrats do and send the kids to private school. But everyone else can pound sand.

Until now, work-a-day citizens have been obligated to send their kids to public school or, if that was an option, homeschool.

If the public schools around you were hot garbage, tough luck.

Teachers’ unions — one of the powerful Dem voting blocks — have held all the power in this relationship and parents had to shut up and accept that.

Arizona’s Gov. Ducey has signed H.B. 2853 into law making Empowerment Scholarship Accounts available to every student in the state, whatever their family income.

It is the democratization of education and a blow to what’s been derided as the ‘K-12 Cartel’.

Under the provisions in the law, over a million Arizona students will be eligible for more than $6,000 annually in education scholarships that can be used to cover any sort of school-related expense, including private school tuition, school material expenses, and private tutoring.

“This is a monumental moment for all of Arizona’s students. Our kids will no longer be locked in under-performing schools. Today, we’re unlocking a whole new world of opportunity for them and their parents,” Ducey said in a statement. “With this legislation, Arizona cements itself as the top state for school choice and as the first state in the nation to offer all families the option to choose the school setting that works best for them. Every family in Arizona should have access to a high-quality education with dedicated teachers. This is truly a win for all K-12 students.”

Ducey, a longtime supporter of school choice, had championed school choice in his State of the State address earlier this year, imploring state legislators to “think big and find more ways to get kids into the school of their parents’ choice.

Teachers are upset that parents will be given the choice of whether to walk away from underperforming schools. This would mean they have to compete with other schools to attract students. This means low-quality schools will face low enrollment, which means fewer teachers and administrators, which means a drop in union dues.

And that right might account for the REAL reason public school teachers are so nervous about this change.

Arizona families who participate would receive more than $6,500 per year per child for private school, home-schooling, “micro schools” — which provide a smaller learning community, tailored to the needs of each student — tutoring or any other kind of educational service that helps meet the needs of students outside the traditional public school system.

…Ducey had called for greater school choice in his State of the State address earlier this year.

“Many of our poor kids and children of color are trapped in a failing school. It’s time to set these families free,” he said then. “Let’s think big and find more ways to get kids into the school of their parents’ choice. Send me the bills, and I’ll sign them.”

This news falls hard on the heels of what the NEA did at its annual meeting this week.

First, there was the declaration of war on people who don’t march in lockstep with their ideology.

The National Education Association passed a resolution during their annual Representative Assembly in Chicago that would allocate thousands of dollars to conduct opposition research on 25 organizations that are supposedly attacking gender identity and sexual orientation freedoms in public schools.

“NEA shall compile research to create fact sheets about the largest 25 organizations that are actively working to diminish a students’ right to honesty in education, freedom of sexual and gender identify, and teacher autonomy,” the resolution said. NEA’s resolutions are called new business items (NBI) and represent the teachers’ union’s opinions and beliefs. They also open the door to funding.

The cost for compiling the list and for the research would amount to $140,625, NBI 15 said. The research will include probing into groups’ funding sources, the leaders of the organizations, “connections to known entities that are seeking to dismantle public education, organization headquarters and chapter locations.”

And then there is their absolute obsession with turning our children into their own little ideological lab rats.

A parent on Thursday claimed that Americans are not ready for the “radical agenda” of the “K-12 cartel” after the National Education Association proposed to change the term “mother” to “birthing parents.”

“I don’t think we can put anything past the unions at this point. I don’t believe that they represent parents and children and what we need in the future of America.” Moms For Liberty co-founder Tiffany Justice told “America Reports.”

“We believe that they don’t actually represent the 3 million members that they have in their organizations,” she said. “So while they may not have voted on it, I certainly think it’s just perhaps a reaction to the fact that they know how far away they have come from what the American public wants and needs.

Gee, maybe that combination of ideological arrogance and failure to deliver results in a generation’s education is exactly what has parents looking for better answers!