Un-American School Board Chair Resigns Because of WHAT? 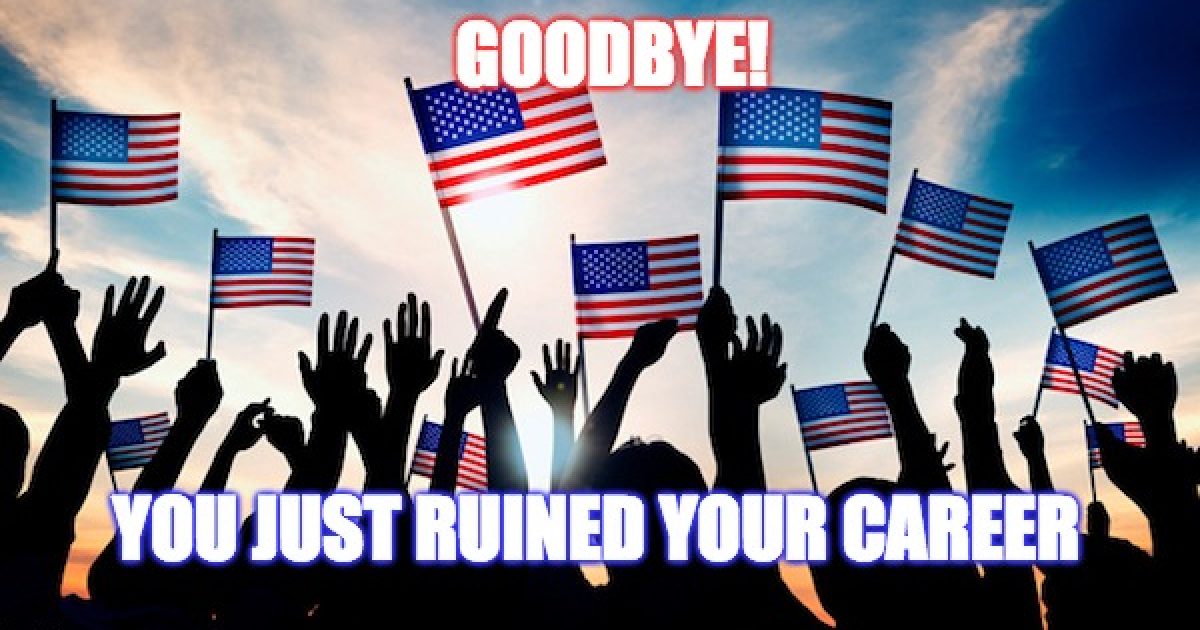 A Connecticut board of education chairman was so incensed over a vote by his fellow members to say the Pledge of Allegiance at the start of each meeting, that he resigned in disgust.

Josh Adams, chairman of the New Hartford Board of Education, resigned his position after opposing a vote by his fellow board members to start meetings with the Pledge of Allegiance to the American flag, local news reported.

Adams tried to evoke his exalted position to block the move by his fellow board members to create a Pledge policy and then insisted that he would not pledge to the U.S. flag or anything based on the “principles on which the country was founded.”

According to a Hartford Path report:

The Republican-American reports that New Hartford School Board Chairman Josh Adams resigned after the board voted to mandate each meeting begin with the Pledge of Allegiance. Tom Buzzi, who pitched the policy, said it was meant to unite everyone in the district after a prior contentious vote on closing a school.

Adams told members at the meeting that as chairman he sets the agenda and he wouldn’t include the proposal, the Rep-Am reports. But Adams was overruled and resigned after the vote. Prior to the vote, he said he doesn’t pledge allegiance to anything, according to the Rep-Am, and that he supports the “principles on which the country was founded.”

After the meeting, Adams told the Rep-Am, that he had no premeditated plans to resign but felt it was the right thing to do
It seems that Connecticut has a rash of officials that hate the country.

Only a month ago a councilwoman in Haddam, Connecticut, drew fire when she started taking a knee during the recitation of the Pledge.

Haddam selectwoman Melissa Schlag told the Hartford Courant Tuesday that she kneeled during the pledge at the July 16 selectman’s meeting to protest Trump, accusing the president of defending Russian President Vladimir Putin and not backing the U.S. intelligence community’s claims of Russian meddling in the 2016 election.

Schlag—who supported Sen. Bernie Sanders (I-VT) for president in 2016—was the one woman in the room “taking a knee” while the other three town selectmen stood up, placed their hands over their hearts, and recited the pledge.

“The Pledge of Allegiance doesn’t have anything to do with the flag, in my opinion,” Schlag, the 43-year-old Democrat, told WTIC as she recalled the moment she decided to protest Trump.

Schlag’s protest drew the ire of the other selectmen, Connecticut’s top Republican official and people all over Connecticut.

“I’m 58-years-old and this is the first time I have ever messed up the Pledge of Allegiance,” Maggi, a Republican, told WTIC. “I looked down and it was like I couldn’t believe it.”

Schlag was slammed by hundreds of local citizens who came out to subsequent town meetings to attack her for her hatred of the country and flag.

The official later gave a half-apology saying that she doesn’t really think all residents of Haddam are racists. Only most of them. Her blather satisfied no one.

Why has Connecticut disgorged so many anti-American officials? I guess it shouldn’t be surprising. After all, it is a thoroughly blue state, and all liberals hate the U.S.A.

Much of this post was originally seen on Constitution.com