Schiff Had Better Lawyer Up … A PO’d Journo Is Coming For Him! 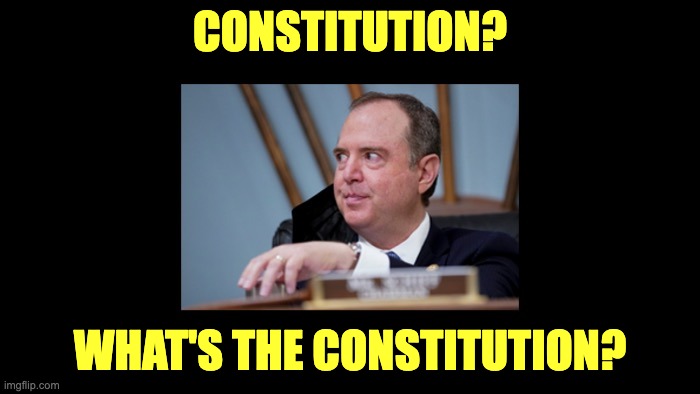 It would be hard to dream up a swampier DC Critter than the real-life example of Adam Schiff. But he finally got caught abusing his power. And you know what they say about payback…

For years now, Adam Schiff has served on the (ironically named) Intelligence Committee. He has taken every opportunity to weaponize his role against Republicans generally, and Trump in particular.

He has been the poster boy for unearned moral authority as he wagged his imperious finger at the rest of us. As recently as last month, he made posts like this to denounce Elon Musk as an authoritarian. 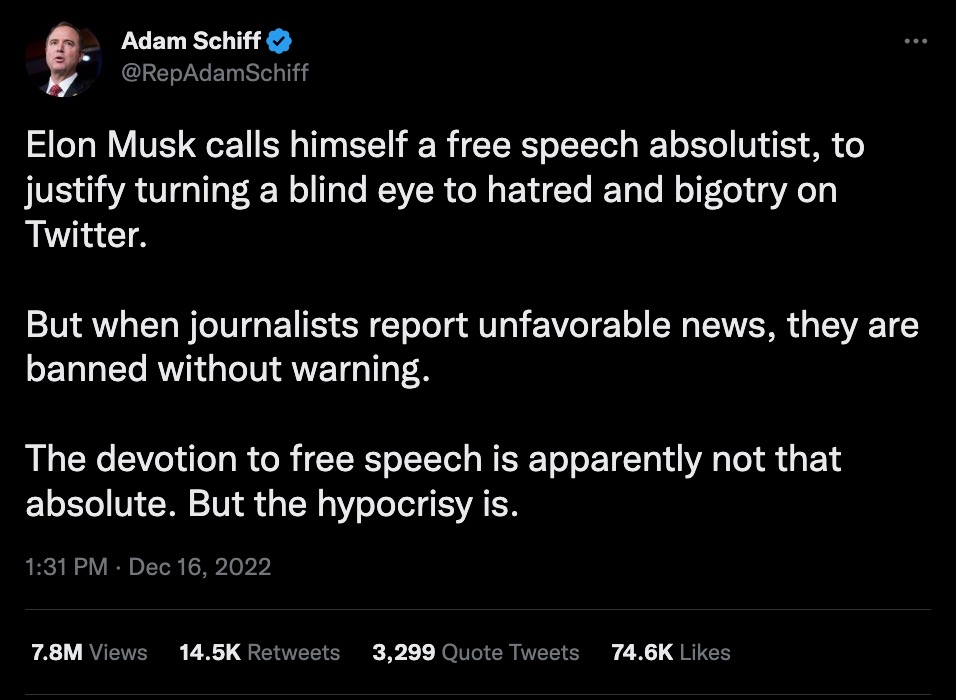 Schiff has long cozied up with journalists, seeing as they have been the defacto AV department of the Democrat party. Schiff, in particular, has been a ready source for all kinds of leaked information the press could throw against Republicans.

And the press loved him for it. He was, after all, one of them and a stalwart player in their anti-Trump Resistance. 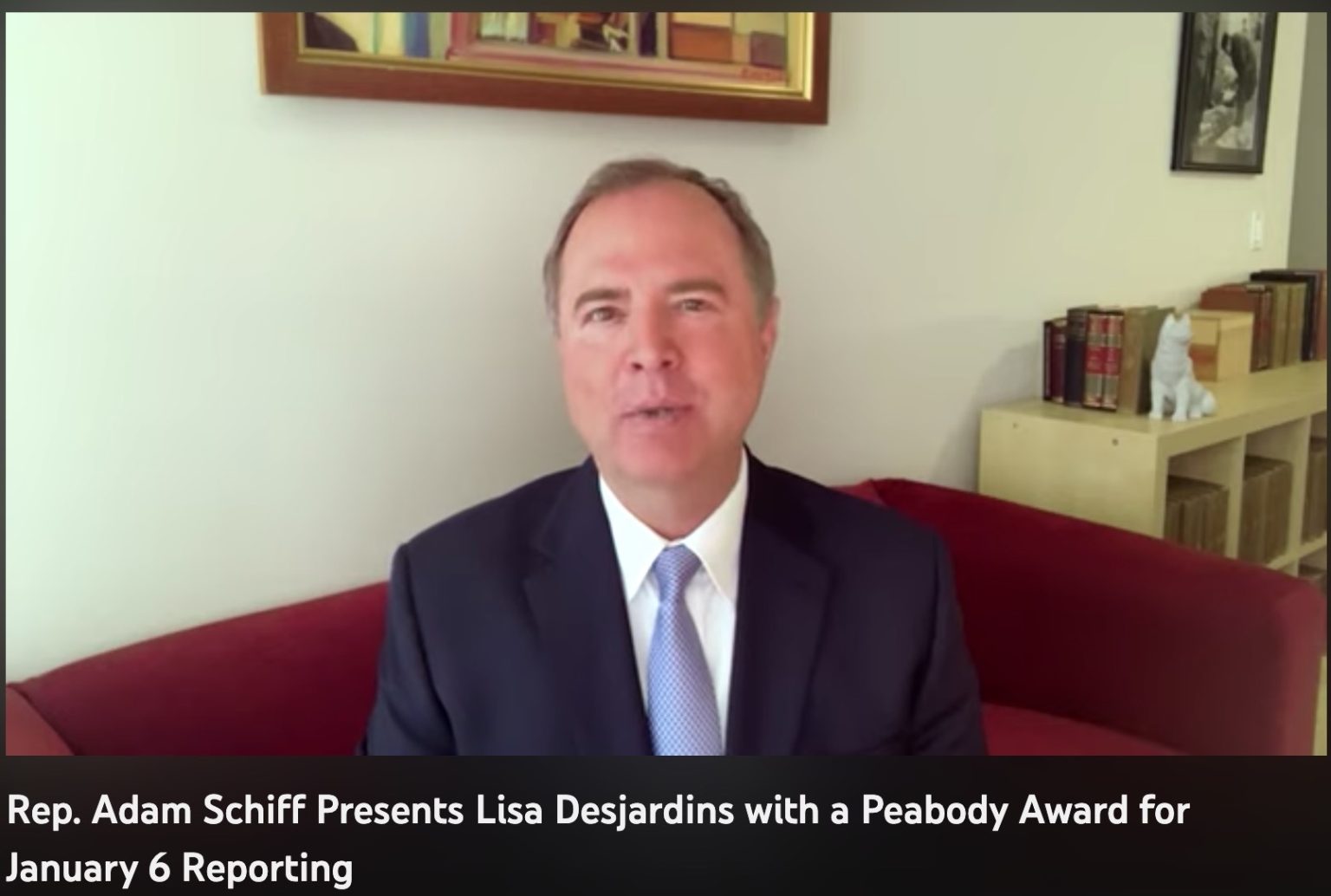 But Schiff, that ‘great defender’ of journalists, had a dirty little secret. It’s a secret that got exposed by Elon Musk’s purchase of Twitter.

Shiff used his role in the Gang of Eight to pressure Twitter (and who knows which other platforms) to silence his critics, including a direct appeal by name to silence Journalist Paul Sperry. 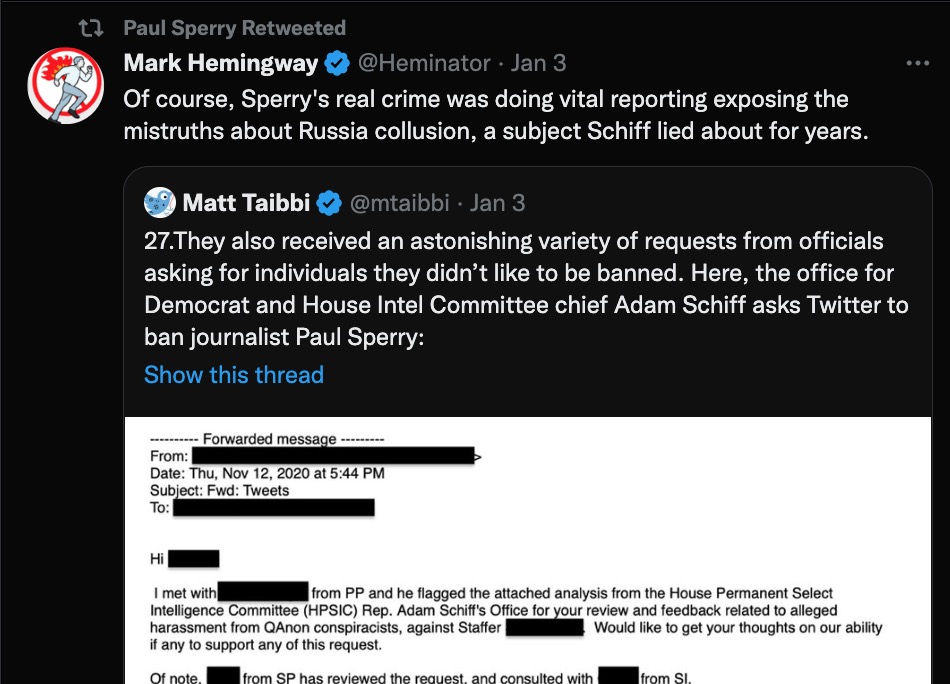 As Paul himself observed:

The First Amendment has a thing or two to say about that behavior.

Now that Shiff’s chicanery has been outed, Paul Sperry can respond.

And he’s planning to do precisely that.

And before we blow that suit off with a colossal yawn, there’s now an interesting wrinkle to this case.

Ultimately, the only way to finally reign in this sort of underhanded behavior is to shift the cost-benefit in the directly where the payoff is so small and the consequence so great that nobody would risk it.

Bivens is an excellent place to start. But there’s room for a whole lot more than that.