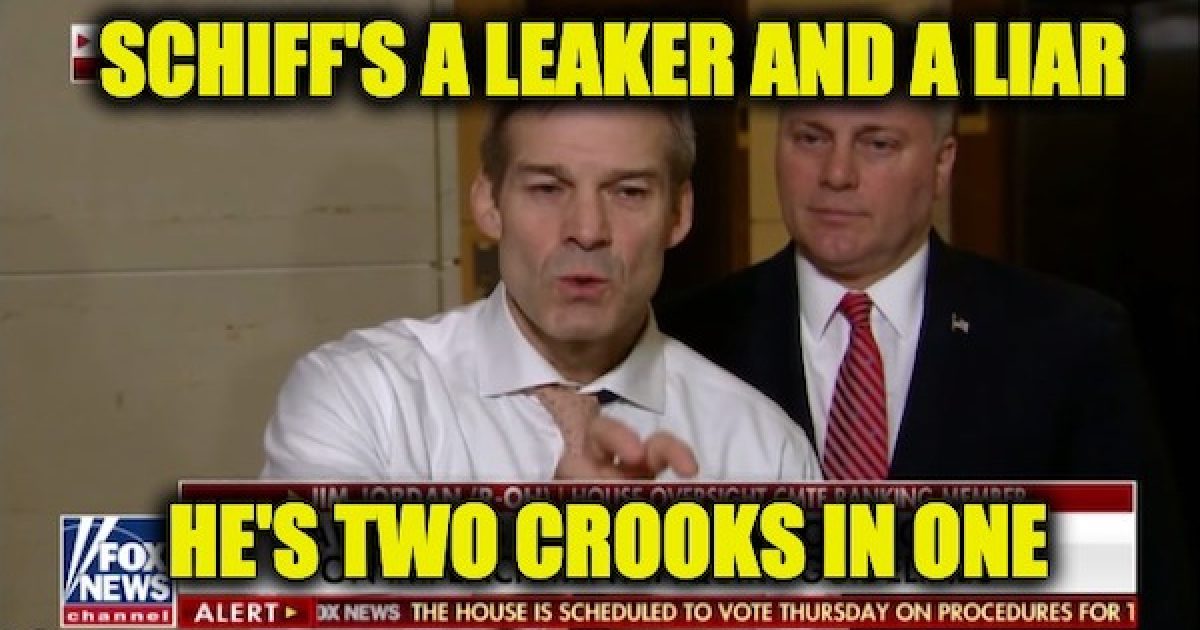 House Minority Whip Steve Scalise, Rep. Jim Jordan shredded Adam Schiff over his censorship of their questions to witnesses, the continuation of the Soviet-style scheme he’s been running for weeks and the one-sided leaks by Adam Schiff crafted to attack President Trump. Still no actual due process for the President. Scalise and Jordan

“When we asked [Vindman] who he spoke to after important events in July — Adam Schiff says, ‘no, no, no, we’re not going to let him answer that question,”‘ Jordan said.

Jordan went on to say that Schiff seemed to be breaking his own rules for the hearings, implying the chairman was acting almost like a “lawyer” for Vindman.

“This stinks to high heaven. This shouldn’t be allowed, not in the United States of America.”

“They’re trying to impeach a president behind closed doors without due process.”

Scalise on Schiff: He gets to choose all the witnesses and he, himself, only, which means it's not a fair process on the face, but even his claim now that Republicans can ask question has been undermined because now he's directing witnesses

“It’s clear Pelosi needs to declare a mistrial,” Scalise said. “This has been a tainted process from the start. What happened today confirms even worse just how poorly Adam Schiff is handling this process, denying the ability for Republicans to even ask basic questions that are critical to the heart of whether or not a President of the United States is impeached.”

Watch a video of their press conference below:

"This stinks to high heaven. This shouldn't be allowed — not in the United States of America."Moments ago, Rep. Steve Scalise and Rep. Jim Jordan discussed the impeachment inquiry.