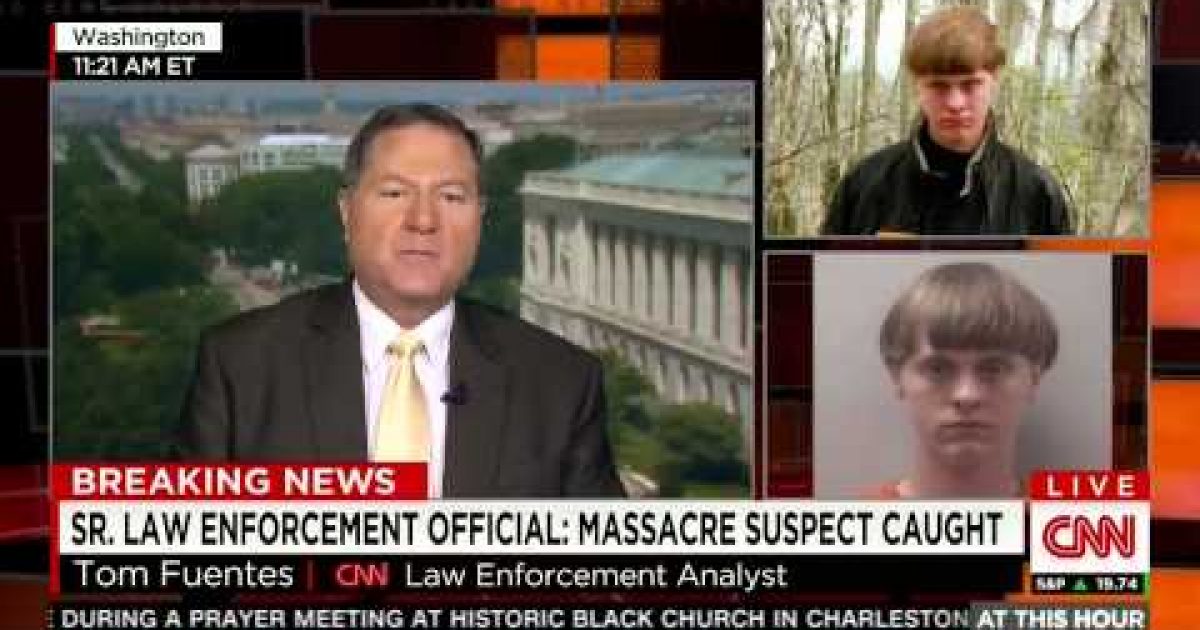 Facebook Twitter Flipboard
According to CNN (see video below) Dylann Roof the crazy who walked into a South Carolina church last night and shot and killed nine people was arrested in North Carolina trying to flee. Apparently somebody saw the car, somebody called into authorities, and that car was picked up driving north. Thankfully this evil person will not be able to hurt anyone else.

However according to the liberals such at the ones at Vox, the shooting by a single nut job means it is time to renew the objections that the South Carolina, Government flies the Confederate Flag at the capital.

Wednesday night, a white man walked into a historically black church in Charleston, South Carolina, and shot nine parishioners. Today, a Confederate flag is flying on the grounds of the South Carolina statehouse in Columbia — as it does every day. While the flags on top of the statehouse itself are flying at half-mast, the Confederate flag (displayed at a Civil War memorial) is flying at full mast.

This is more than just an awkward juxtaposition. As Cornell historian Edward Baptist explains in a series of chilling tweets, the Confederate flag isn’t just a symbol of the pro-slavery rebellion, it’s also a symbol of post-Civil War white supremacy — including the KKK and other groups that expressed that supremacy violently, at times by attacking black churches.

Leave it to a liberal website like Vox to take a horrible tragedy and inject politics.  Granted Vox does not say that the Confederate Flag caused the shooting like former Obama administration official Brandon Friedman did last night soon after the shooting became public:

Why do liberals take any tragic episode and immediately find a way to inject their political issues.  Wouldn’t a better message be to pray for the families of the massacred people?  Can’t they wait a few hours?

There was a picture released of the killer with flags, but he wore the flags of racist South Africa and Rhodesia:

I suspect in the next few hours there will be liberals who blame the shooting on global warming.