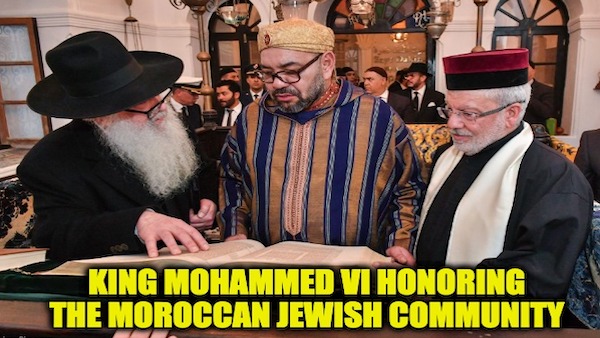 Signing a peace deal does not create lasting peace. Teaching one’s citizens that the “other guys” are no longer the enemies makes peace last. And the best place to start that education is to a nation’s youngsters.  The most recent state to join the “Abraham Accords,” Morocco had taken a bold step in that direction even before they announced the diplomatic move. Saudi Arabia, which hasn’t yet pulled the trigger to join the deal, has also taken a major educational step. Saudis and Moroccans removed Antisemitism

Per France 24, the Moroccan decision to add Jewish history and culture to lessons was discreetly launched before the Abraham Accords announcement. The lessons will be included beginning with the next term,  for children in their final year of primary school, aged 11, the education ministry said.

A first in the region and in the North African country, where Islam is the state religion. Morrocco was the most likely state for this to happen as it has a long and proud Jewish tradition. In Solomon’s days, the Hebrews went to Sala, a Phoenician trading colony in what now is Morocco, to purchase gold in large quantities. Some Jews put down their roots in the area, especially after 1492 and the Spanish inquisition.

It had over a quarter-million Jewish residents before Israel was founded in 1948, and around 3,000 Jews still live there. Even before the Abraham accords, around 50,000 Israelis traveled to Morocco each year to visit religious, tourist attractions and visit relatives still in the country despite the lengthy process to get a visa.  Public standing in the Muslim world is important for each Arab ruler, so make no mistake, this is a VERY significant move.

On the other hand, Morocco’s King Mohammed VI has a reputation for being tolerant of other faiths as he believes that tolerance prevents extremists and terrorism.

The king, Morocco’s “Commander of the Faithful”, has pushed for a tolerant Islam that ensures freedom of worship for Jews and foreign Christians. In September 2018, at a UN roundtable, he emphasized the role of education in the fight against racism and anti-Semitism.

Morocco “has never erased its Jewish memory,” said Zhor Rehihil, curator of Casablanca’s Moroccan Jewish Museum — the only one of its kind in the region.

In January 2020, the King visited a synagogue to honor the Jewish community in his country.

According to Israel Hayom, two new books will be introduced into the curriculum as part of the plan. They include a description of the life and heritage of Moroccan Jews under Sultan Mohammed Ben Abdellah al-Khatib, a descendant of the Alawite dynasty that rules the country to this day. 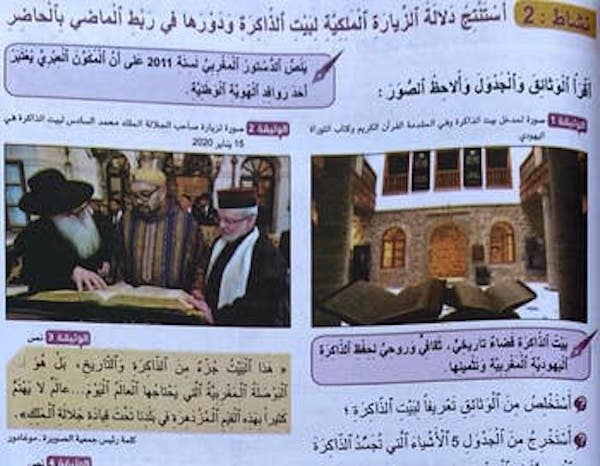 Israel and Saudi Arabia have had a back door relationship since the signing of the Iran nuclear deal in 2015 as both countries see Iran as an existential threat and the deal as a pathway to Iran developing nuclear weapons.

The Saudi educational move did not come with any announcement or peace deal. It was an investigation by the organization IMACT-se that told of the impactful change.  IMPACT-se (Institute for Monitoring Peace and Cultural Tolerance in School Education) describes itself as “a world leader in researching, translating, and exposing intolerance in school textbooks from the Middle East and beyond while advocating for positive change.”

On December 16th, the organization announced:

Hardline Islamist and anti-Semitic content have been removed from Saudi Arabia’s curriculum, according to a new report, in what researchers say marks a historic shift in attitudes in the Gulf Kingdom. A study of the latest Saudi teaching materials found that official state textbooks—distributed to 30,000 schools in Saudi Arabia and abroad—no longer contained calls for non-believers and gay men to be punished by death, nor the anti-Semitic conspiracy theory that Jews control the world. Also gone were predictions of an apocalyptic final battle in which Muslims would kill all Jews, found the Institute for Monitoring Peace and Cultural Tolerance in School Education (IMPACT-se), an Israel-based group that reviews teaching materials from around the world. The news comes on the back of a spate of historic U.S.-brokered deals normalizing relations between several Arab nations and Israel.

Although Saudi Arabia is not among them, the study says the changes are part of a growing trend in Saudi Arabia, which has “started to allow space for the viewpoint that accepts a permanent Jewish presence in the region.”

Saudi officials admitted last month that parts of the curriculum were “offensive,” and signaled that reforms would continue. The state of Israel is still not officially recognized or represented on maps in Saudi schools, however. Zionism is presented as a “racist political movement” and Christians and Jews continue to be described in the new textbooks as the “enemies of Islam,” according to the study.

According to international sources, Crown Prince Mohammed bin Salman bin Abdulaziz Al Saud is ready to end the state of war between his country and Israel, but his dad, King Salman bin Abdulaziz Al Saud is not there yet. However, easing the hatred in textbooks may set things up for a detente. Whether the King relents or succumbs to old age (he’s 85 on 12/31), the Saudis will eventually make peace with Israel.

The UAE has been teaching tolerance for others in its textbooks since 2016. Their peace deal with Israel is sealed by the incredible economic ties and tourism business the two countries have developed in the few short months since the accords. In fact, last week, Israel’s Sephardic Chief Rabbi visited the UAE to open a Jewish nursery school. 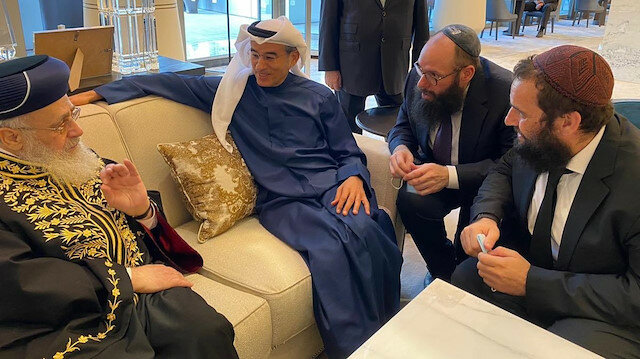 Both these steps, combined with the Trump-led Abraham Accords, are very positive–but it’s not yet time to start singing the world is at peace.

The Palestinian Authority, which refuses to negotiate peace, believes only Israel should make concessions and refuses to recognize Israel as a Jewish state labeled as moderate by western governments. Still, it teaches its children hatred in both TV and textbooks.

Per a September 2020 report, PA Textbooks includes antisemitic canards such as Jews are corrupt and control finance, the media, and politics. Jews are referred to as “enemies of Islam” who attempted to kill the Prophet Muhammad, Jews are accused of desecrating tombs of Muslim leaders, and much more.

As reported by Palwatch.org. Children’s TV on the official PA TV station teaches hatred and martyrdom. It’s not like America, where we have 200+ channels. The official PA TV broadcast is one of the few and the primary TV channel reaching PA homes. There are many video examples at this link.

In the long-term,  Morocco, the UAE, and Saudi Arabia will prove that teaching their kids tolerance and that Jews and Israel are not their enemies will fight radicalism and bring real peace to their countries. On the other hand, until the Palestinian Authority stops indoctrinating their children with hatred, they will never be able to make peace. Because if they do, the people they’ve been radicalizing for over a half-century will revolt.