King Abdullah of Saudi Arabia returned home yesterday after spending three months in New York City and Morocco treating a  major back problems.  The Middle east he came home to was very different from the one he left. Just in the last month revolutions  have swept across neighboring Yemen and Bahrain, toppled leaders in Egypt and Tunisia, set the Libyan government against its people and are itching to get started in  Morocco, Algeria, Jordan, and Iran.  The King also hears the rumbling of revolution in his own realm (or he reads Facebook). 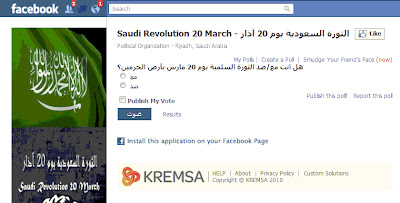 Middle East analyst Neil Patrick said King Abdullah must “be in a state of shock”.

“The assumption a coalition of different elites could keep systems stable has proven not to be correct anymore,” he said.

Mustafa Alani, director of the Dubai-based private think tank Gulf Research Centre, said: “Immunity no longer exists. There is only one way to stay in power, and that is by meeting the demands of your people.”

…The king’s half-brother, Prince Talal bin Abdul-Aziz al-Saud, told BBC Arabic last week that Saudi Arabia could be harmed by the uprisings sweeping the Arab world unless it sped up reforms.

“The region is changing rapidly and the Saudis want to feel this change in their country, too.”

And the King did all he could to try to make his people happy and allow them to “feel change” $36 Billion dollars worth of change, giving all government employees a 15% pay raise and dramatically increasing spending on social welfare programs, housing and education:

Under new decrees, the unemployed in Saudi Arabia will get financial aid for a year, while prisoners jailed for failing to pay off loans were released and needy students attending university were told they would get more money.

Saturday was also declared a national holiday to celebrate the King’s safe return. 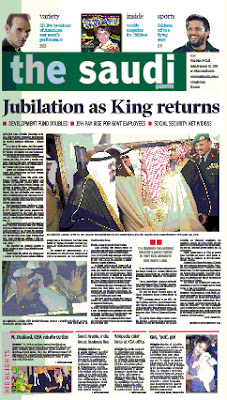 The King is also rumored to be carrying out a cabinet shuffle to meet the demand for younger people in the cabinet (the average age now is 65).

This is not the first time Abdullah has used some of his oil riches to protect the realm.  While he is not hated the way Mubarak and Qudaffi are, it is still unclear that the latest bribe will work. Stay tuned boys and girls.