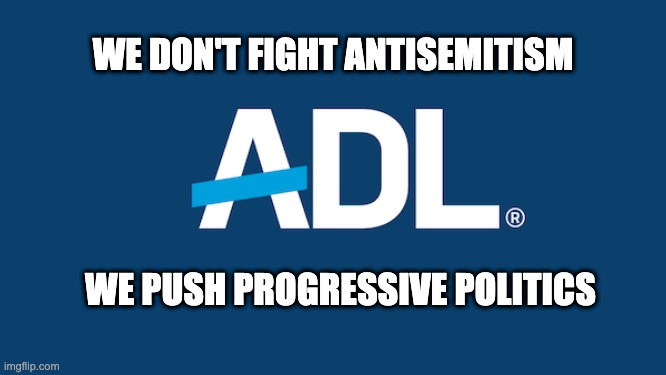 The Anti-Defamation League’s upcoming international conference on combatting hate will include a speaker who has publicly accused Israel of perpetrating “ethnic cleansing” against the Palestinian Arabs.  Sara Yael Hirschhorn

Was she the only speaker available in the whole world? Couldn’t the ADL find anyone else?

The ADL says that the conference, titled “Never is Now” and scheduled to take place (via Zoom) on November 7-9, will be “the largest annual summit on antisemitism and hate” ever held.

If the event will indeed be that large, that makes it all the more urgent that the featured speakers not include anybody who has engaged in hateful smears against Israel.

One particularly extreme and troubling string of accusations appeared in a series of Hirschhorn tweets this past January 12:

Isn’t it remarkable to hear Israel accused of “transferring” and “ethnic cleansing” of an Arab population which has constantly grown over the years?  Where were the Palestinian Arabs all “transferred” to, exactly?

It’s one thing to express respectful disagreement with this or that Israeli law or policy. But to call the law declaring Israel a Jewish state “horrific”? It’s a “horror” that Israel wants to identify itself as Jewish? That kind of extremist language is deeply disturbing.

Prof. Hirschhorn has acknowledged in her tweets that Israel’s treatment of the Palestinian Arabs is not “completely parallel” to South African apartheid, and that “apartheid” should not be used as “a blanket term” concerning Israel (although her wording implies that she sees at least a partial parallel, which is a lie).

She has also written that Israel is not guilty of genocide.

But, so what? Saying Israel is not totally identical to South Africa and has not systematically murdered millions of people is like acknowledging that the earth is not flat. She doesn’t deserve any special applause for that.

And she doesn’t deserve to be speaking at ADL conferences against hate when she promotes so many false and hateful smears of Israel. Hirschhorn’s hateful words will provide Israel’s enemies with powerful new ammunition. The last thing we need is for other critics of Israel to go around accusing Israel of ethnic cleansing and citing, as their source, “a professor at the ADL summit.” The ADL can and should do better when selecting its expert speakers.

Truth be told, the ADL doesn’t care about Israel or Jewish causes. Beginning with the tenure of Abe Foxman, the former head of the ADL the organization stopped protecting the rights of Jews and became a group trying its best to sell progressive politics and policies. In 2015 Foxman retired and was replaced by Jonathan Greenblatt, who was part of the Obama Administration. Based on the politics of their leadership, you will rarely see the ADL criticize a Democrat.

For those who donate to the ADL please understand that you are giving money to an arm of the far-left Democratic party that hates Israel and the Jewish people. If you wish to donate to a Jewish charity allow me to suggest you give to one involved in Jewish issues. On the other hand, if you do wish to donate to progressive causes, cut out the middle-man and give directly to that cause.  There is no reason to give your hard-earned money to an organization that doesn’t use it the way they promise.