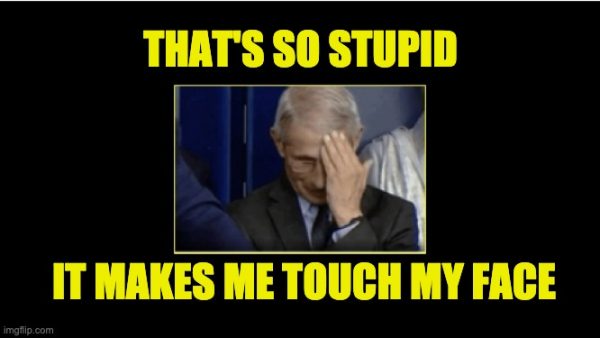 This is proof that the China Virus warps politicians’ brains. In San Antonio, Texas: A resolution by the San Antonio city council bans the use of the terms “Chinese virus, Wuhan Virus, or Kung Fu Virus” and calls them “hate speech.” (Even though it IS a Chinese virus, and originated in Wuhan, China.) It passed unanimously on Thursday. They have reportedly had numerous hate crimes against Asians since the pandemic began, so they’ve instituted a hate speech resolution that claims the virus was not created by any race, nationality, or ethnicity. San Antonio Bans Chinese Virus

“Unfortunately, during times of crisis we do see the best of humanity and sometimes we also see the worst. There has been a rise of hate speech throughout the course of this pandemic.” Mayor  Ron Nirenberg

The resolution also includes any anti-Semitic speech against Jews, because there have been incidents of people blaming them for the COVID-19 outbreak, but it doesn’t ban the phrases Jewish guilt, or Jews harp.  Well actually Jews didn’t invent guilt, the Catholics did, we just learned to market it better.

Resolution being voted on by San Antonio City Council this morning labels terms "Chinese Virus" and "Kung Fu Virus" as hate speech and "all persons are encouraged to report any such antisemitic, discriminatory or racist incidents to the proper authorities for investigation". pic.twitter.com/jV6tKnQrRD

This is NUTS. SA City Council behaving like a lefty college faculty lounge, triggered by Chick-fil-A & the words “Wuhan virus.” If they want to investigate someone, start with NYT & CNN who both repeatedly (and rightly) referred to it as “the Chinese coronavirus.” #NoSpeechPolice https://t.co/a10BZAvleQ

While it is understandable that the San Antonio City Council would want to protect their constituents, this is not the best avenue to do so. The hate speech resolution also calls for people to snitch on their neighbors. So if your next-door neighbor calls the Coronavirus a Chinese virus, you’re supposed to call the police to start an investigation.

“There’s not room for discrimination or hate when we see it, so we shout it out collectively that San Antonians, as a community, will not tolerate it.” San Antonio Mayor Ron Nirenberg

“Hate speech” is an extremely slippery slope. Hate crimes where someone harms another or their property is different. But when a city council bans words, there is a serious problem. And advocating snitching is worse than that. But this council seems to believe that the words are more dangerous than the virus. The thought police have almost become the norm at this point.

“I am from China and I call it “Chinese Virus”. The Chinese Virus came from the CCP.” @bingbing402

“The worst symptom of the #Communist #ChineseVirus is the Groupthink of the #ThoughtPolice.” @2lanterns

“I’m embarrassed to live in San Antonio right now…this pisses me off.” @lizzie_mcb

“If someone is fined or worse, jailed for calling it the “Chinese Virus”, they need to sue San Antonio City Council. First Amendment.” @coexistish

“Well said, what the hell are San Antonio leaders thinking? This stupid so-called resolution is meaningless. So we are allowed to say Spanish Flu but not Chinese Virus? C’mon now lol.” @ImperialV67

and my personal FAVORITE

This pandemic virus originated in Wuhan, China. Its technical name is SARS-CoV-2 (Severe Acute Respiratory Syndrome Coronavirus #2).  The original SARS, also a virus that originated in China in 2002, killed over 700 people before it was stopped, according to ecohealthalliance.org. It never reached the level of a full worldwide pandemic like COVID-19, but it still originated in China.

Banning any reference to the origins of the virus is ridiculous. Whether it is blaming Jews for the spread of the virus or regular Chinese business owners the same, asshats will always be with us and this resolution will not stop them from being ignorant fools.