The humiliation of the Russian military is nearing completion. 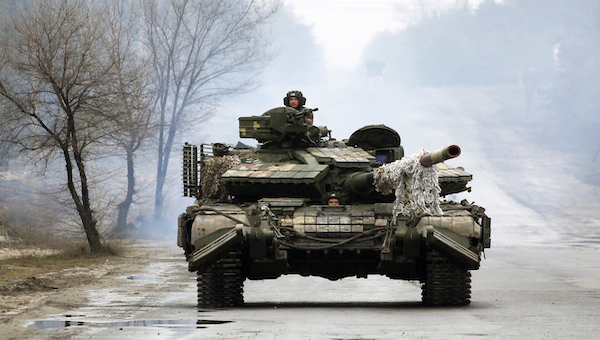 Russia’s military has long been one of the most feared in the entire world, but, at this point, no one could tell you why.

Sure, they have plenty of nukes. American cinema sure did an excellent job of creating the appearance of emotionless comrades of considerable size and strength posing a genuine threat to the United States during the heyday of the Cold War. But the one thing that stopped a Dr. Strangelove-type nuclear attack was M.A.D., mutually assured destruction. In other words, if one country fires nukes at another, the receiving country will send nukes back, and both countries will be destroyed. For those worried about nuclear war, relax. Putin is a horrible evil man, but he’s not stupid, and we are still in a state of M.A.D.

If we take a look at the sort of behavior we’ve seen in Ukraine over the last several weeks, however, a very different sort of picture is beginning to emerge.

With reports of harsh punishments waiting for the soldiers who desert the field back in Russia, it is reported that some are taking extreme measures in order to escape the fighting.

According to Belarusian media outlet NEXTA, an intercepted Russian forces conversation suggests that desperate Russian troops are “looking for Ukrainian ammunition in order to shoot themselves in the legs and go to hospital”.

In another intercepted conversation that was made public on Saturday (March 12), a Russian soldier is heard saying: “They’ve been shooting at us for 14 days. We’re scared. We’re stealing food, breaking into houses. We’re killing civilians.

“Russian officers shoot themselves in the legs to go home. There are corpses everywhere. They collected eight wagons of cargo 200.”

The morale of the Russian soldiers is sinking fast:

Accounts of Russian prisoners of war show that at least some members were under the impression they were in Ukraine to “act as peacekeepers”.

It was with some surprise then that they encountered intense hostility from Ukrainian forces upon their arrival.

In one account read out by Ukraine’s ambassador to the United Nations, Sergiy Kyslytsya, a Russian soldier confessed to his mother that people were risking their lives to stop Russia’s forces from passing.

“We were told they would welcome us. And they are falling under our armoured vehicles, throwing themselves under the wheels and not allowing us to pass,” he allegedly texted his mother before he was killed.”

American intelligence agencies have also been privy to incidents in which Russian soldiers have simply abandoned their military vehicles and walked off into the woods, presumably to find a new life far away from where the Kremlin can find them.

Putin’s war is quickly losing the support of the military and their families back home. If the Ukrainians can hold out for another week or two, it will be interesting to see what happens to Putin.