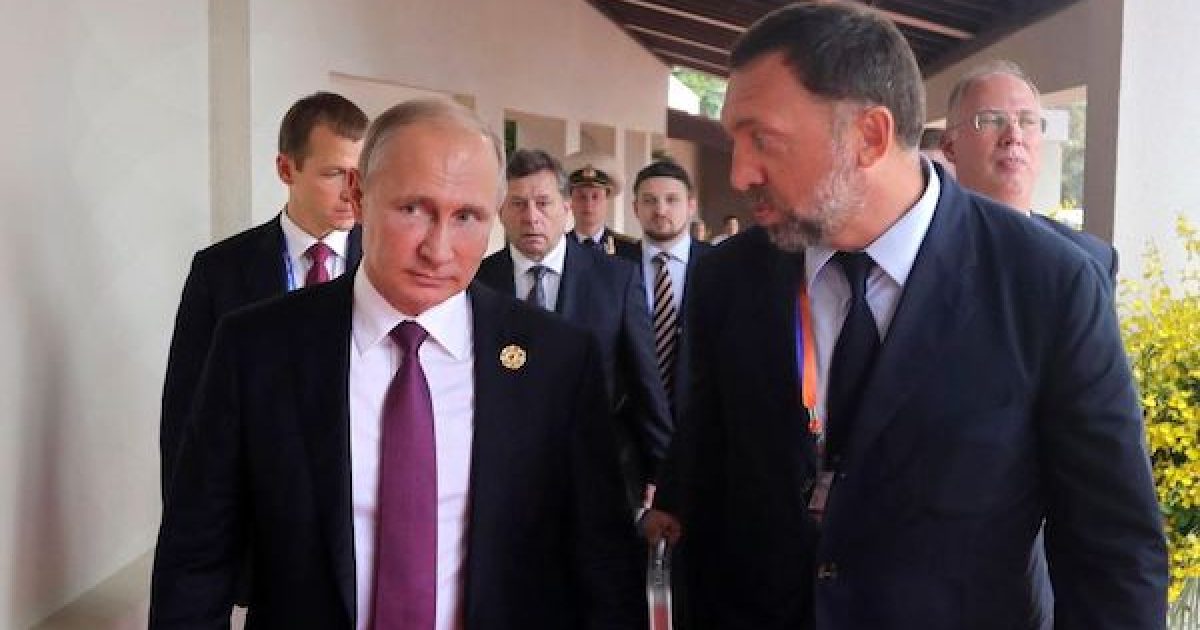 The latest news from Russian aluminum magnate Oleg Deripaska raises new concerns about conflict of interests Robert Mueller, his special prosecutor team, and the FBI,  had in their investigation of President Trump and his 2016 campaign.

Deripaska was interviewed by John Solomon of The Hill. What makes the Solomon/Deripaska interview so relevant to the collision hoax and the continuing Congressional investigations is:

The Russian aluminum magnate had the closest ties to Paul Manafort.

Deripaska was a disaffected former business client of Donald Trump’s fallen campaign chairman Paul Manafort. He also was a legal research client of Trump-hating, Clinton-aiding British spy Christopher Steele. In his spare time, he was an occasional friendly cooperator with the FBI and its fired deputy director, Andrew McCabe.

And, at the height of the Russia collusion hysteria, Deripaska was sanctioned by the Trump administration to financially punish Russian President Vladimir Putin for his meddling in the 2016 U.S. presidential election.

With the Russia case, in which he had so many connections, now completed, Deripaska is breaking his silence. And what he has to say could impact Mueller’s July 17 testimony before Congress.

In a wide-ranging interview with me, Deripaska confirmed a story told to me more than a year ago by law enforcement sources: He was indeed interviewed by FBI agents in September 2016 during the early Russia probe, and he told them he strongly doubted the bureau’s theory that the Trump campaign, through Manafort, was colluding with Moscow to hijack the 2016 election.

“I told them straightforward, ‘Look, I am not a friend with him [Manafort]. Apparently not, because I started a court case [against him] six or nine months before … . But since I’m Russian I would be very surprised that anyone from Russia would try to approach him for any reason, and wouldn’t come and ask me my opinion,’ ” he said, recounting exactly what he says he told the FBI agents that day.

“I told them straightforward, I just don’t believe that he would represent any Russian interest. And knowing what he’s doing on Ukraine for the last, what, seven or eight years.”

Remember Oleg Deripaska is a friend of Putin who had worked with and gained the trust of FBI agents he worked with including Mueller, but his FBI interview didn’t seem to have weight with the special prosecutor. Additionally, the interview was never given to Manafort’s attorneys, which is a violation of the law as exculpatory evidence is supposed to be given to the defendant, and a possible avenue for appeal.

Deripaska’s effort to secure a deal with Iran for freeing Robert Levinson was close to being achieved, but someone at Hillary Clinton’s state department scuttled the effort. 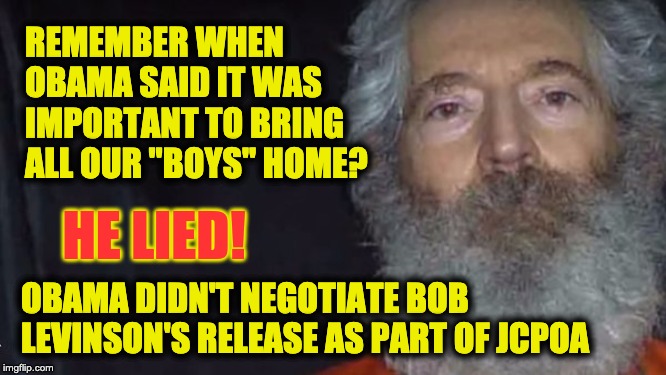 The story told by Deripaska to John Solomon raises more questions about Mueller’s conflict of interest. Because technically, by funding the private effort to free Levinson from Iran, he was giving Mueller’s FBI a gift. But as special prosecutor Mueller investigated Deripaska and the people he associated with ties to Russia collusion case.

The Russian Oligarch had Christopher Steele on retainer, but he didn’t know that at the same time “Steele also was working for the FBI on, among other things, a special program to recruit Russian oligarchs to provide intelligence on Putin and Russian organized crime.”

He told me that Steele invited him to a September 2015 meeting with some Justice Department officials, under the guise that they might be able to help with the Russian’s long-running battle with State to get visas to visit the U.S. He said the offer to help with his visa problem was a “pretext” to recruit him.

“They actually never talk, you know, about the [visa] problem. They start talking about anything else. They ask, ‘Do you have anything? Give me names. Cases, whatever,’ ” Deripaska recalled.

He said he later was shocked to learn that Steele eventually went to work for the Clinton campaign through Fusion GPS, and the FBI, and spread allegations of the now-disproven Russia-Trump collusion.

Deripaska’s willingness to do an American interview at this moment undoubtedly has a motive. It’s likely rooted in an American charm offensive, as he sues not only to reverse the sanctions that Trump imposed on him but to challenge the State Department’s 15-year effort to keep him from getting standard visas.

Solomon ends with a critical point:

Throughout the interview, it was clear Deripaska chose his words in English carefully. But there was one word he offered only twice — once in response to the Steele dossier’s allegations of Trump-Russia collusion, and the other time to respond to the allegations used to sanction him. “Balderdash,” he insisted.

Yep, Balderdash that the Democrats in Congress are still trying to investigate long after it was proven to be fake. I urge you to click here and read the entire Solomon/Deripaska interview.