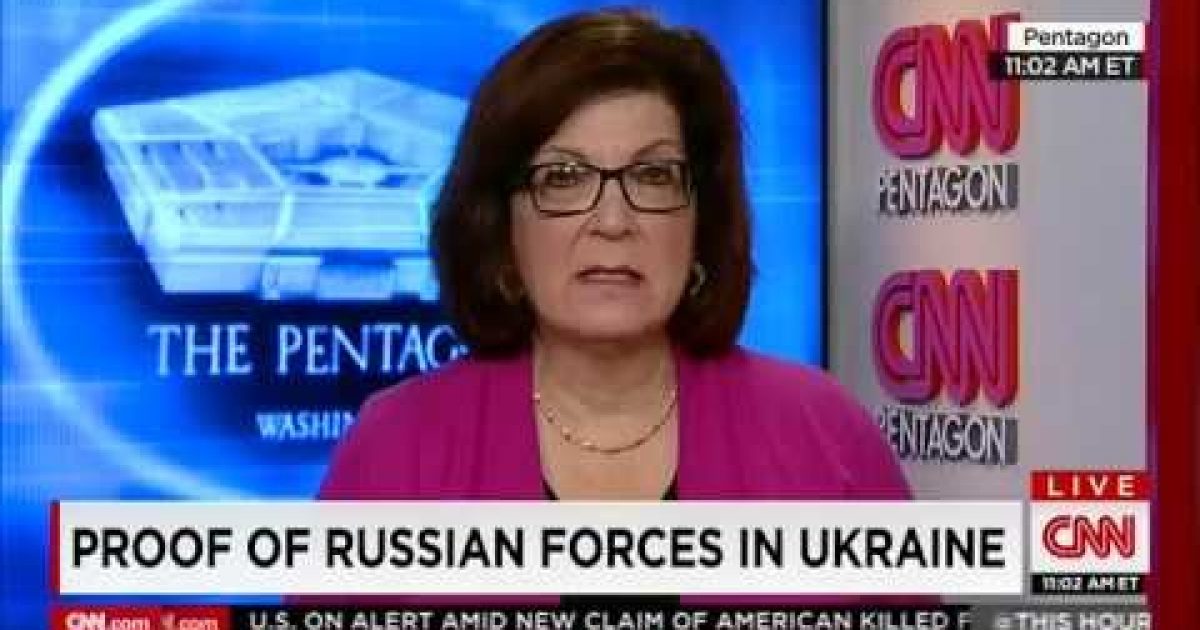 Geography can be tough. Here’s a guide for Russian soldiers who keep getting lost & ‘accidentally’ entering #Ukraine pic.twitter.com/RF3H4IXGSp
— Canada at NATO (@CanadaNATO) August 27, 2014

Both the NY Times and Fox News are reporting that Russia has sent troops into Ukrain this morning. Apparently Putin’s forces started firing grad missiles at Ukrainian troops beginning at around 11:00AM Ukraine time (4:00AM EDT) and an hour and half later columns of Russian tanks entered Ukraine territory

The goal apparently is to stave off a defeat of the separatists and begin a war of attrition.

They later entered Ukraine from Veselo-Voznesenka and Maximovo of the Rostov region in Russia.
Ukrainian border guards retreated because they didn’t have heavy equipment.

Meanwhile, a top NATO official said Thursday that at least 1,000 Russian troops have poured into Ukraine with sophisticated equipment and have been in direct “contact” with Ukrainian soldiers, resulting in casualties.

Brig. Gen. Nico Tak told reporters at NATO headquarters that the ultimate aim of Russia was to stave off defeat for the separatists and turn eastern Ukraine into a “frozen conflict” that would destabilize the country “indefinitely.

NATO estimated that another 20,000 Russian troops were right over the Russian border.

A senior defense official told Fox that the Russians have been firing artillery at Ukrainian troops for days but U.S. officials are not ready to declare that Russia has begun invading Ukraine.

Today, due to the deteriorating situation in the southern Donetsk region in the area of Amvrosiivka and Starobeshevo as a result of the deployment of Russian army units on Ukrainian territory, I have decided to cancel my official visit to Turkey. Seven bilateral meetings of great importance to Ukraine were planned, but at this moment the place for the Ukrainian President is here in Kyiv.

Today the Ukrainian National Security and Defense Council will meet to develop a plan of action in light of the worsening situation. We will be calling for a meeting of the United Nations Security Council. The world must respond to the sharp deterioration in the situation in Ukraine.

I appeal to our partners in the European Union to call an emergency meeting of European Union member states where we must urgently address the situation in Ukraine.

Though Russia continues to deny any participation in the conflict. Incredibly  Aleksandr Zakharchenko, a rebel commander and the prime minister of the Donetsk People’s Republic, said in an interview on Russian state-run television that the Russian soldiers are just spending their vacations at war.

There are active soldiers fighting among us who preferred to spend their vacation not on the beach, but with us, among their brothers, who are fighting for their freedom.

Early this morning the Administration announced the National Security Council would be meeting today at 3:00PM EDT to discuss the latest ISIS moves.  One would suspect that Ukraine will be added to the agenda. Hopefully this time they come up with stronger sanctions than previous punishments which have been the diplomatic equivalent of cutting off Putin’s cable TV for a few days.

UPDATE: CNN says the invasion is the real deal