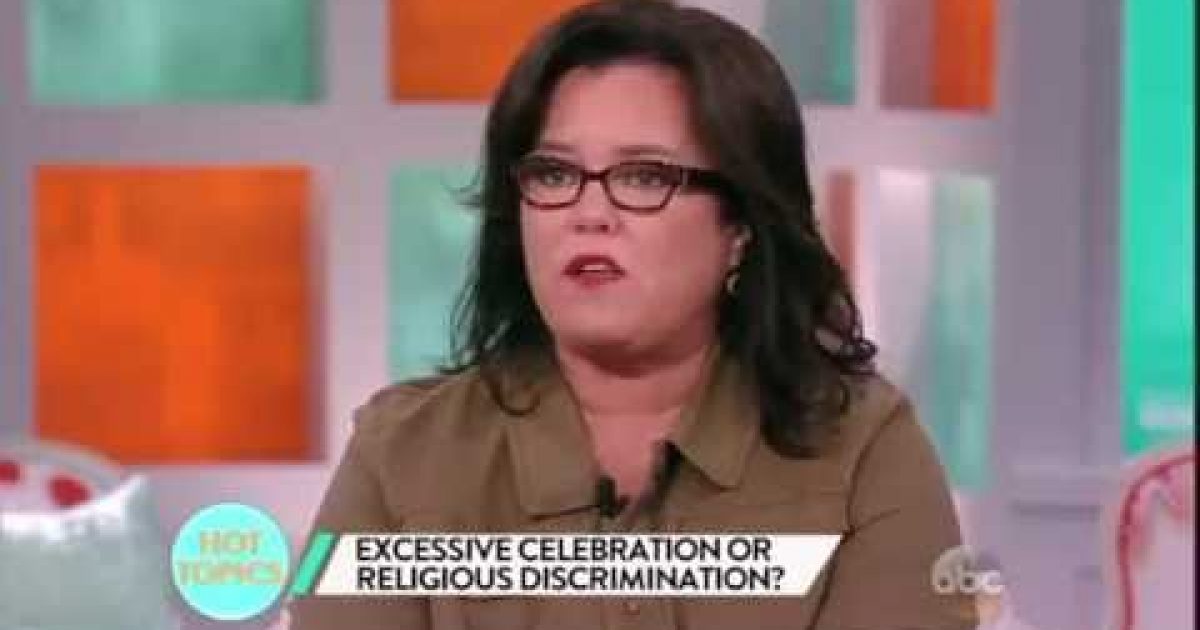 Rosie O’ Donnell is living proof that ones IQ does not need to reach double digits to get a TV gig. On The View Tuesday, the panel discussed NFL player Husain Abdullah receiving a penalty supposedly for praying in the end zone Tuesday night.

According to Abdullah himself the penalty was not because of the prayer but because he slid into the end zone before the prayer:

And that’s precisely the explanation that Chiefs coach Andy Reid said he received from the game officials. They had no issue with the prayer, Reid said, only the celebratory slide.

But that didn’t stop the brilliant hosts at “The View” who were sure the penalty was an act of bias. Even worse O’Donnell suggested it was penalties like this which propel us into war and to bomb countries that did nothing to us.  Who knew?

Goldberg: How about this? This is going to be shocking, but the NFL has yet another new controversy on its hands after last night’s game. Chiefs player Husain Abdullah, a devout Muslim, was penalized for unsportsman like conduct for bowing in prayer after a big play. Now, players like Tim Tebow, you know, do the whole thing and the – [makes sign of the cross]. You know? And so why don’t other people get penalized? Is this — are we feeding into Muslim fear?

O’Donnell: Yes. I think as a nation we are. [ Applause ] I think that, you know, it propels us to war. You have to rally the country in order to bomb a country that did nothing to you and you need to rally them and so that’s what I think that was. Anyone is allowed to represent their joy in whatever way possible for two minutes on a football field and I think it’s anti-Muslim bias.