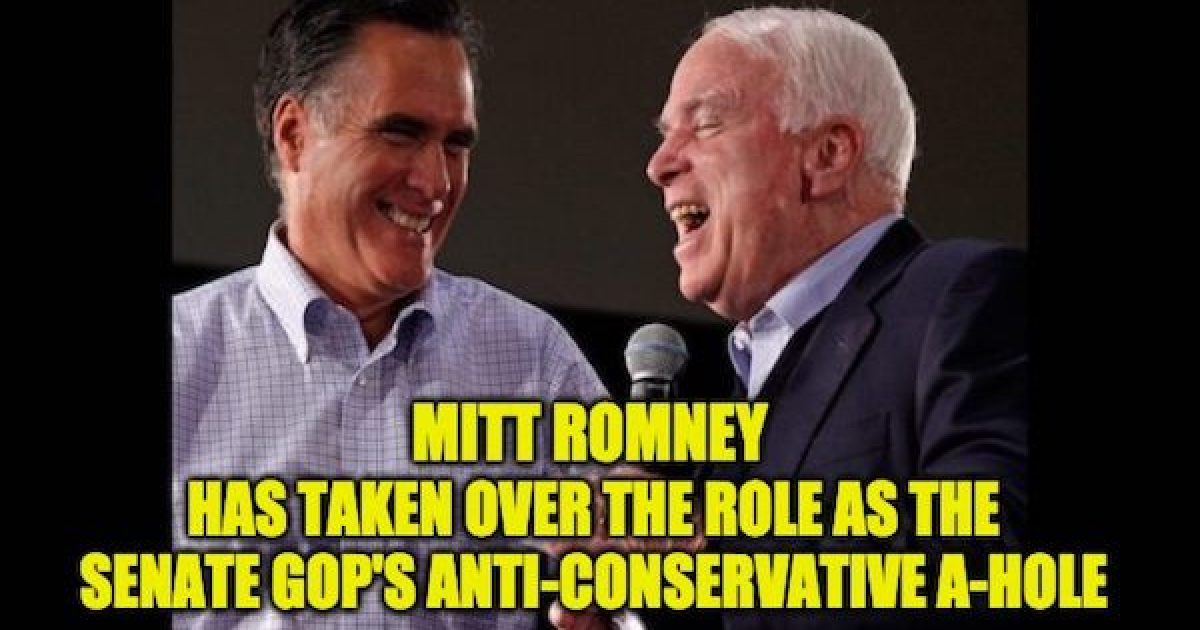 In a move surprising to absolutely nobody, Senator Mitt Romney has declared that he will not endorse any presidential candidate in the 2020 race, including Donald Trump, in either the primary or general election.

President Trump may as well concede now. Just kidding … a non-endorsement from a timid Republican is only going to bolster his staunchly conservative base.

CNN, on the other hand, thinks this is just another sign of how bad things are going for Trump. No seriously, they believe this is terrible news for the incumbent.

“The decision by a party’s previous nominee to avoid backing a sitting president is yet another norm-breaking episode in Trump’s tumultuous time atop the Republican Party,” they reported.

Sorry, CNN. But this non-endorsement from Romney isn’t going to sway anybody, isn’t a sign of trouble, and is actually another ‘tumultuous’ event that reminds Trump supporters why they like his ‘norm-breaking’ style.

This is, after all, a man who accepted President Trump’s endorsement in the 2012 election, relished his role as a never-Trumper during the 2016 election and claimed he never would have accepted the previous endorsement if he’d only known about Trump’s allegedly racist ways, gratefully accepted his support for Senate in 2018 despite that knowledge, and is returning that favor by saying ‘no endorsement for you’ once again in 2020.

Romney is the true successor to the late John McCain in the U.S. Senate. And he’s learned his lessons well, Mitt Romney in on track to be worse than McCain as he clearly seeks to be the “new” Senate GOP designated anti-conservative a-hole. Eight short months in the U.S. Senate, Romney has already racked up a record as traitorous to the conservative cause as McCain and reminded conservatives why they voted GOP while holding their noses in both 2008 and 2012.

“I am also appalled that, among other things, fellow citizens working in a campaign for president welcomed help from Russia — including information that had been illegally obtained; that none of them acted to inform American law enforcement,” Romney said last Friday. Did he even read the Mueller report?  He says he read it, but he may be lying. I read it, and it doesn’t say what Romney thinks it said.

Former Governor Mike Huckabee took a swipe at Romney shortly after the Sen. made the statement.

“Know what makes me sick, Mitt?” Huckabee Tweeted. “Not how disingenuous you were to take @realDonaldTrump $$ and then 4 yrs later jealously trash him & then love him again when you begged to be Sec of State, but makes me sick that you got GOP nomination and could have been @POTUS.”

After Trump put aside their differences and endorsed Romney for Utah senator in 2018, the occasional Republican turned around and stabbed him in the back writing a scathing op-ed indicating the President had failed to live up to the “mantle” of the presidency.

“His conduct over the past two years …” Romney wrote in January of this year, “is evidence that the president has not risen to the mantle of the office.”

Trump encapsulated Romney’s entire political mission since 2012 in a nutshell.

That loss and the fact that it was Trump who showed Republicans how to win a presidential election is what has driven Romney ever since. And his actions since he was elected he lied to America in 2012 when he was running for president as a conservative.