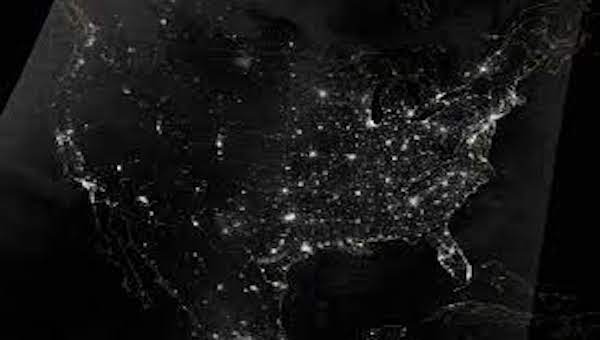 Almost everyone has heard about the rapidly growing global energy crisis by now. Still, most people assume that this crisis will eventually disappear because they think that authorities have everything under control. Unfortunately, that is not true at all. This crisis has taken our leaders by surprise, and now many have shifted into panic mode because they realize that there will be no easy fixes. Decades of neglect and foolish decisions have brought us to the precipice of a nightmare, and many of us will be absolutely astonished by some of the things that happen in the months ahead.

Here in the United States, we have neglected to properly invest in our power grids for a very long time, and now they are at a breaking point.

We are being warned that there could be widespread “rolling blackouts” this summer, and the situation is particularly dire in Midwest states such as Michigan…

The Lansing Board of Water and Light, or BWL, warned in a press release on Tuesday that the company is preparing for potential ‘rolling black-outs’ this summer.

The Mid-Continent Independent System Operator, or MISO, is Michigan’s power grid regulator. MISO will have to ‘load-shed’ if they see expected energy shortages during peak usage times due to hot weather. Load-shedding is purposefully shutting down electric power in some areas of a power-distribution system to prevent the entire system from failing when it is strained by high demand.

Meanwhile, the price of gasoline is likely to continue to go up.

Fast forward to today, and where are we? Intrinsic demand is thought to be around 103 million barrels a day now, owing to 1% per year global population growth, plus increased wealth–and demand should keep growing at roughly that pace. But supplies aren’t nearly keeping up. We’re currently producing around 100.6 million barrels (reflecting the loss of about a million barrels from Russia), and the resulting spike in prices is already constraining demand to around 101 million barrels, according to Majcher.…

When demand is greater than supply, either prices go up or eventually you have shortages. And sometimes both things happen.

Bank of America is telling us that oil inventories have reached a “dangerously low point,” and until that changes, prices will likely continue to rise…

The result is a market that for the second straight year is under-supplied, and drawing down inventories as a result–on top of the drawdown in strategic reserves approved by political leaders to try and lower prices. Bank of America is already warning that global oil inventories have fallen to a “dangerously low point,” with certain gasoline and diesel supplies in particular at “precarious levels” as we head into peak U.S. driving season. U.S. oil inventories are already 14% below their five-year average, BofA notes, while distillates (like diesel) are 22% below.

I wish that I could tell you that there is hope that things will turn around eventually.

But at this point, Exxon’s CEO is warning us to expect “up to five years of turbulent oil markets.”

Consumers must be prepared to endure up to five years of turbulent oil markets, the head of ExxonMobil said Tuesday, citing under-investment and the coronavirus pandemic.

Energy markets have been roiled by the Ukraine war as Russia has reduced some exports and faced sanctions while Europe has announced plans to wean itself off dependency on Russian fossil fuels in coming years.

If you think things are bad now, just wait until you see what happens after a major war erupts in the Middle East.

Then things will really start getting crazy.

Speaking of war, over in Europe, a looming natural gas shortage due to the war in Ukraine is likely to cause immense economic problems in the months ahead.

Now that Russia has significantly reduced the flow of natural gas to Germany, it looks like the Germans will soon be forced to ration it. The Wall Street Journal tells us that authorities expect “a gas shortage by December”…

The German government moved closer to rationing natural gas on Thursday after Russia cut deliveries to the country last week in an escalation of the economic war triggered by Moscow’s invasion of Ukraine.

Berlin triggered the second of its three-step plan to deal with gas shortages after the Kremlin-controlled energy giant Gazprom, the country’s biggest gas exporter, throttled delivery via the Nordstream pipeline by around 60% last week. Germany’s gas reserves are at 58% capacity, and the government now expects a gas shortage by December if supplies don’t pick up, Economy Minister Robert Habeck said.

It would be difficult for me to overstate the seriousness of this problem. Energy prices have already gone completely nuts in Europe, and one German official is actually comparing this crisis to the collapse of Lehman Brothers…

With energy suppliers piling up losses by being forced to cover volumes at high prices, there’s a danger of a spillover effect for local utilities and their customers, including consumers and businesses, Economy Minister Robert Habeck said Thursday after raising the country’s gas risk level to the second-highest “alarm” phase.

“If this minus gets so big that they can’t carry it anymore, the whole market is in danger of collapsing at some point,” Habeck said at a news conference in Berlin, “so a Lehman effect in the energy system.”

Needless to say, it isn’t just Germany that is being affected…

The crisis has spilled far beyond Germany, with 12 European Union member states affected and 10 issuing an early warning under gas security regulation, Frans Timmermans, the European Union’s climate chief, said in a speech to the European Parliament.

“The risk of a full gas disruption is now more real than ever before,” he said. “All this is part of Russia’s strategy to undermine our unity.”

If the war in Ukraine could be resolved peacefully, that would greatly help matters.

But we all know that isn’t going to happen any time soon.

On top of everything else, global diesel fuel supplies get squeezed a little bit more with each passing day. The price of diesel fuel is 75 percent higher than it was a year ago, and here in the United States, we have been warned that the Northeast “is quietly running out of diesel”…

The upward pressure on diesel and jet fuel prices in particular is getting attention in the White House, Amrita Sen of Energy Aspects told S

quawk Box yesterday. Diesel prices are up a whopping 75% from a year ago, and the spread between diesel and gasoline prices has also widened considerably. The high cost is creating huge strains on truckers and the supply chain; the Northeast “is quietly running out of diesel,” FreightWaves warned two weeks ago.

Even though there could be a historic supply crunch, we won’t entirely run out of diesel fuel.

However, as I detailed in an article that has gone extremely viral, we are potentially facing really severe shortages of both diesel exhaust fluid and diesel engine oil if solutions cannot be found.

Urea is required to produce diesel exhaust fluid, and the U.S. doesn’t produce enough. We usually are one of the largest importers of urea in the entire world, and Russia and China are two of the largest exporters. Our leaders have decided that we don’t want urea from Russia, and China has restricted exports.

So that puts us in a really tough position. If you have a diesel vehicle, I highly recommend stocking up on diesel exhaust fluid while you still can.

As for diesel engine oil, several essential additives are in short supply due to significant problems at several manufacturers. An article that Mike Adams just posted goes into the details. This is a dire situation that will not be resolved at any time in the near future.

The bottom line is that diesel fuel supplies will get very tight, and there may be times when diesel exhaust fluid and diesel engine oil are not available at all.

All three are required for diesel vehicles to operate, and as I explained yesterday, the U.S. economy runs on diesel.

If we were suddenly unable to use our diesel vehicles, our supply chains would collapse, and we would no longer have a functioning economy.

So hopefully, our leaders are working really hard to find some solutions.

Because it looks like this summer could be quite difficult, and the outlook for the months beyond is even less promising.