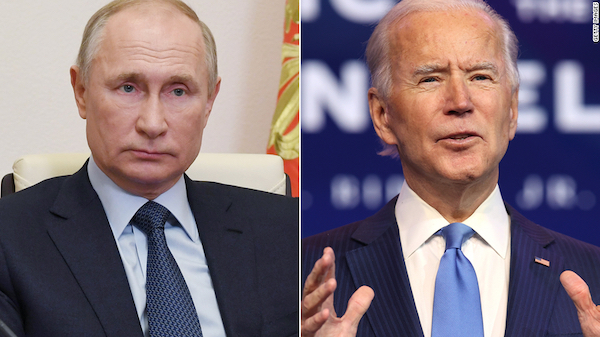 Remember that time when a man named Rojansky was unfairly accused of being “on the Kremlin’s payroll,” and being anti-Ukrainian, when the Obama administration was considering him for a National Security Council post? Yeah, neither does anyone else.  It’s not even worth looking up the history on it; Mr. Rojansky had robust defenders at the time, and I, for one, am going to take their word for it and move on. Rojansky gambit

The point here is that Team “Biden” apparently thinks it’s time to make up with Russia.  So a narrative is now being placed, one random bone at a time, to contextualize a move that — given the fevered view of Russia fostered by the media and Democrats over the last five years — might be thought hard to account for.

Russia, we’ve been told, has been working overtime to put voodoo hexes on our elections.  We’ve been told that incessantly since the second half of 2016, and the message was pushed with such urgency in 2020 that Democrats had the torches and pitchforks out for former DNI John Ratcliffe because he declined to push it in the very specific terms gratifying to them.  Not only was Russia trying to metaphorically hit our 2020 election and our democracy and our faith in it with a thermonuclear warhead, but Russia was also trying to do it by defaming Joe Biden with allegations that he was under investigation in Ukraine for his potential involvement in a big missing-billions dust-up.

Well, OK, that last part was true.  Biden was under investigation in Ukraine.  But Russia was trying to submarine our election by making us hyper-aware of it or thinking it was a big deal or something. 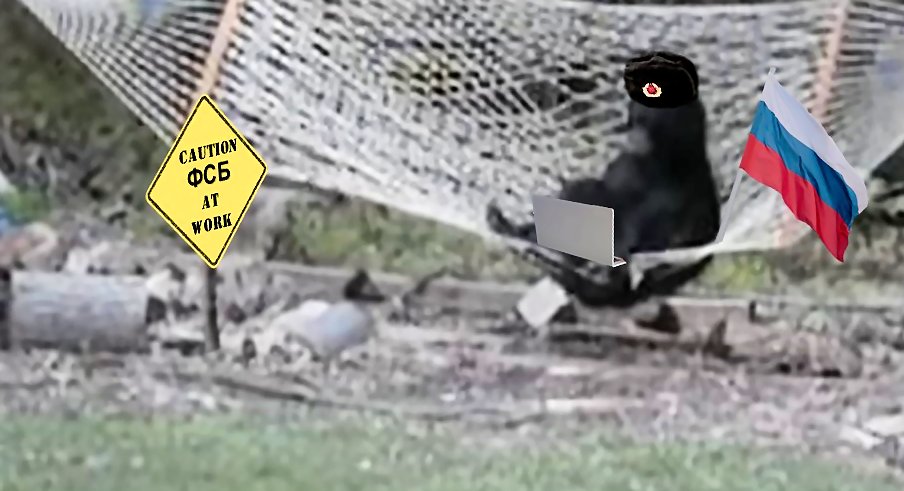 Fast-forward to 2021, and we find Russia accused of hijacking a major U.S. pipeline with a ransomware cyber-attack.  This fell news broke just a few months after President Biden canceled the Keystone XL pipeline as one of his very first actions in the Oval Office, so the public’s indignation factor about Russia, per se, was perhaps a little muted.

Following within days of the ransomware attack on the pipeline, the Biden administration essentially greenlighted continuation of the Russian Nord Stream 2 pipeline across Europe, announcing that the U.S. would decline to sanction the German parties involved, even though the Biden administration, personally, was adamantly and unalterably opposed to Nord Stream 2.   We may interpret that to mean that Russia and Germany will proceed with the pipeline, but will wear a hangdog expression and not meet our eyes unless absolutely necessary.

One logical construction to put on this sequence of events is that Russia extorted Biden’s compliance with the Nord Stream 2 pipeline by holding the Colonial pipeline in the U.S. for ransom.  But logic is not called for in these situations.

Rather, we should assume, and I am prepared to for argument’s sake, that Team Biden has other reasons for now wanting a rapprochement with Russia, after this years-long career of Russian villainy.

Whatever the reasons are, I assume they must be good ones.  The interesting thing, and the subject of this essay, is how the next move — which must inevitably look like a warm-up of relations — is to be framed.  NPR has supplied us with that answer by unveiling the Rojansky Gambit.

But tensions in Washington over Russia policy have made it harder for Biden to reach his goal.

“Having anything other than hawkish views in public on Russia issues became risky,” said Samuel Charap, who was an adviser on arms control issues in the Obama administration.

Readers who’ve been following the matter since 2015 might think the next words would be about years of accusations that President Trump’s views on Russia were so far from hawkish, the CDC might have had to issue warnings against, you know, snuggling in an unseemly manner with a chicken. 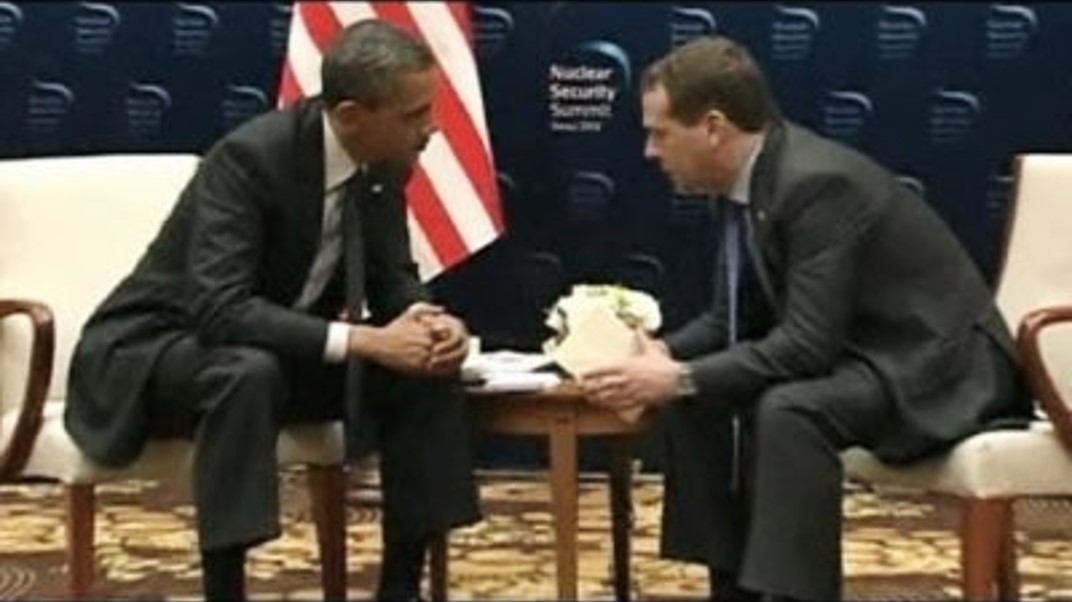 But that’s not where NPR went at all.  No, NPR went to the Rojansky Affair during the Obama administration, when critics of Rojansky — by implication likely to be political opponents of Obama — accused Rojansky of being on the Kremlin’s payroll.

Case in point: an aggressive social media campaign when the White House was considering hiring Matthew Rojansky, director of Wilson Center’s Kennan Institute, for an important job at the National Security Council.

Rojansky was accused of being on the Kremlin’s payroll, and being anti-Ukrainian. (Rojansky declined comment for this story.)

A top adviser to George W. Bush is then quoted, and we move on smartly to Bush’s cordial relations with Putin, including when Bush “famously said he looked Putin in the eye and got a sense of his soul.”

For good measure, there’s a photo of Bush and Putin together looking amicable and much younger.  NPR also reminds us Obama called for a “reset” with Russia.  The exact meaning of that is left ambiguous, although it was not at all ambiguous at the time, Bush having ceased soul-gazing in 2008 when Russia invaded Georgia.  Obama’s reset was confidently and correctly interpreted to be about moving on from that chill in U.S.-Russian relations, which Democrats had been at pains to represent as bad statesmanship on Bush’s part.  Obama indeed gratified Russia immensely in 2009 by collapsing like a house of cards on the missile defense installation planned for Europe, among other signal resets.

But it’s all kind of a word salad in the end.  The references to the Trump years are oblique and impressionistic, including this bankshot off Russia:  “Russian analysts say four years of questions about Trump’s relationship with Russia made an already difficult issue much more fraught.”

Russian analysts say that, presumably because they’re the ones with opinions about it.  Here in the U.S., we don’t know from fraught; our interests are clinical.  That’s a problem, because now Biden has to face the weighty legacy of Rojansky, along with four years of somebody’s questions about Trump discomposing the Russians, and those photos of Bush 43 sensing Putin’s soul.  How do you get from there to where “Biden” wants to be, especially if you have to do it without copping to years of, precisely, Biden’s party and the media his party is on speed-dial with making “Rojansky” look like someone got caught faking a hall pass, by mounting the combined-forces blitzkrieg that was the assault to exterminate “Trump-Russia, Deathslayers of Democracy”? 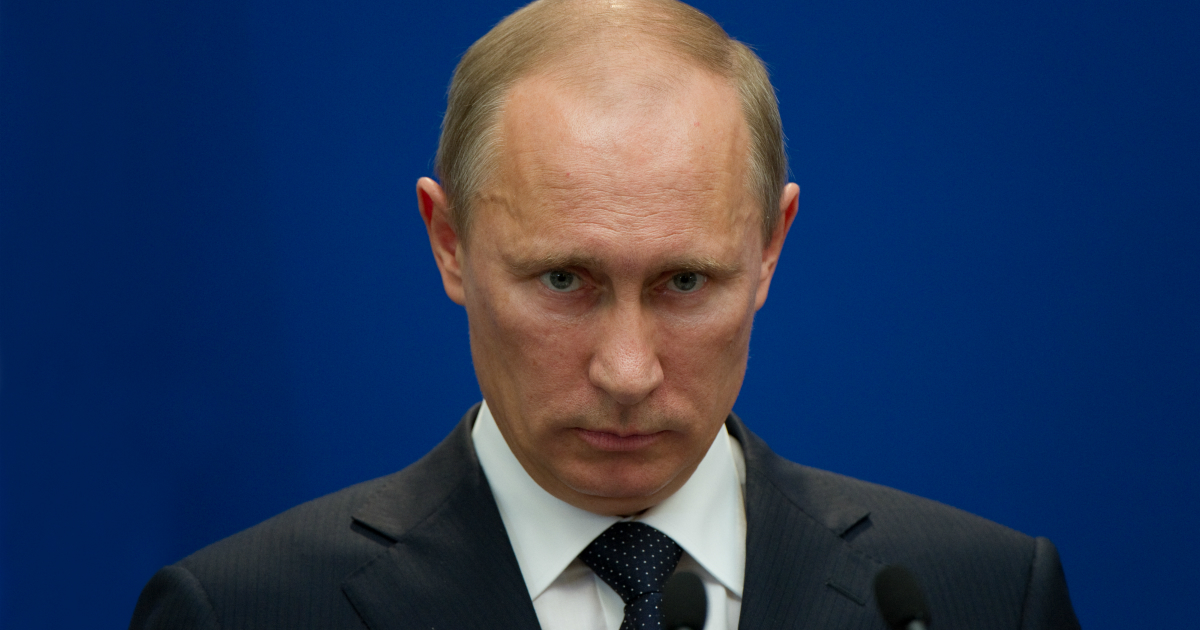 I’m betting “Biden” can’t bring it off without scoffing and sarcasm from his critics.  There’ll be blowback, at least on social media, where the blowback against Rojansky is said to have appeared.

But the credentialed, legacy media at least appear to have their narrative to run with.  Going forward, it’s the Rojansky Gambit.  It’s the case in point: the quasi-syllogism to embroider on: opponents of Obama criticized Rojansky during the reset; therefore, Biden is attempting nothing friendlier or scarier than what Bush 43 did with Putin 20 years ago.  Q.E.D.