Hey Roger, How Does It Feel To Have Your Work Boycotted? 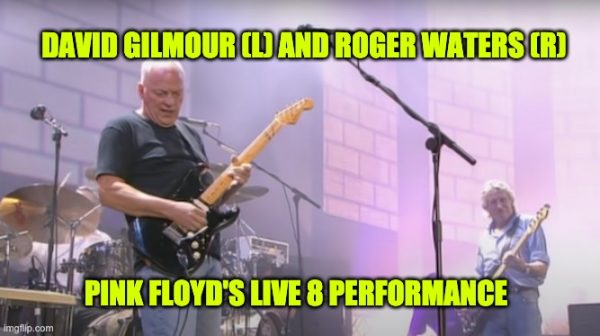 Former Member of Pink Floyd, Roger Waters has spent much of his post-Floyd carer promoting the anti-Israel, anti-Semitic BDS (boycott, divestment, and sanctions) movement. Ironically, the Jew-hating Waters is facing a boycott of his own. He claims his solo work has been banned from Pink Floyd’s official site and social media by his former bandmate David Gilmour.  Roger Waters banned

Hey Roger how does it feel to be boycotted?

In a 5-minute video released last week, Waters whined about his former partners’ refusal to let him use the band’s official platforms. “Nothing from me is on the website,” he said in a video filmed from inside of his home. “I am banned by David Gilmour from the website.”

BANNED? But why would he complain about being banned?  Waters likes banning. He is an activist for banning Israel.

He recently released his social distancing rendition of the band’s hit “Mother,” which he admitted made him feel nostalgic about jamming out with his former bandmates.

“It did make me think, one and a half million of you have viewed our new version of ‘Mother.’ It really warms my heart but it doesn’t bring up the question of why is this video not available on a website that calls itself The Pink Floyd website,” Waters argued.

The musician also took aim at Gilmour for not promoting Waters’ 2019 film about the band titled “Us and Them.”

“We’re not allowed to even mention such a fact on the official Pink Floyd website. This is wrong,” Waters continued, adding, “We should rise up and, oh, I’ll just change the name of the band to Spinal Tap and then everything will be hunky-dory.” Source: FNC

In 1986 Waters quit Pink Floyd, publicly announcing the band was no more the rest of the band didn’t agree. Remaining bandmates David Gilmour, Nick Mason, and Richard Wright, continued on. After Waters lost a lawsuit where he tried to prevent the group from using the name “Pink Floyd,” The band soldiered on with two successful albums and worldwide tours. Even though there have been a few reunions at charity events, most notably the 2005 Live 8 concert, that doesn’t mean the band will get back together. 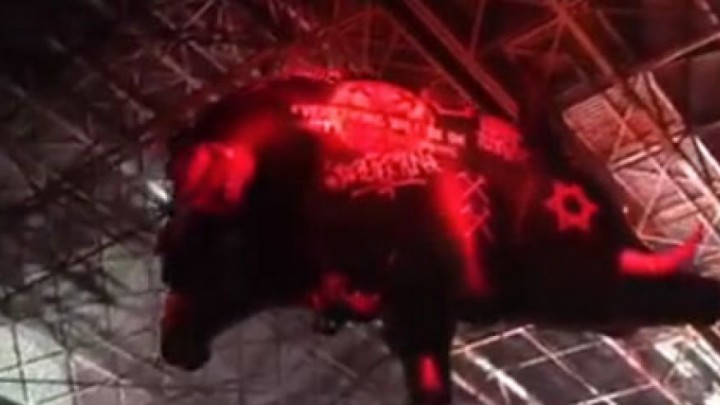 After Live 8, the band’s frontman, and one of the all-time great rock guitarists, David Gilmour told the Associated Press that a reunion would not happen: “The [Live 8] rehearsals convinced me [that] it wasn’t something I wanted to be doing a lot of … There have been all sorts of farewell moments in people’s lives and careers which they have then rescinded, but I think I can fairly categorically say that there won’t be a tour or an album again that I take part in.”

So Waters was left with his solo act and his anti-Semitic boycott Israel efforts. Those BDS efforts have focused on preventing other musicians from performing in Israel. Which has ruined his name in the music industry.

He became an outcast in the music industry, condemned by his peers and the press, ridiculed by commentators and industry insiders (Wish You Weren’t Here was the title of a 2017 documentary by Ian Halperin) and, more importantly, shunned by iconic performers who either totally ignored him or publicly exposed his hypocrisy:

Radiohead’s Thom Yorke blasted him for wrongfully misusing the term “apartheid” in the context of the conflict and severely criticized the patronizing tone of the “open letter” that he had co-authored; Australian musician Nick Cave described his stance on Israel as “cowardly and shameful,” doubting whether Waters even understands “what the purpose of music is;” his efforts to pressure Canadian performer Celine Dion to cancel her Israel tour led to a falling-out with AAR, a respected Canadian anti-racism group, exposing his embarrassing inaccuracies; 41 finalists of the 2019 Eurovision song contest completely ignored his public plea to boycott the competition in Israel; so did Madonna, the American guest star. In 2017, an investigative documentary by Canadian journalist Ian Halperin concluded that Waters is an antisemite. In a 2017 interview Halperin said about Waters: “music is supposed to spread love, not hate.” Even for those who religiously oppose Israel, Waters has become an acutely painful publicity disaster.

In December 2013 CounterPunch magazine published an interview with the aging rockstar in which he used anti-Semitic canards, calling for action against what he described as the Nazi-like actions of Israel, the “right-wing rabbinate,” and “the Jewish lobby.”

David Gilmour hasn’t responded to Waters’ attack. But why would he? Gilmour probably doesn’t want to sully his name by associating with the guy who quit Pink Floyd, sued him in an attempt to keep him from using the band’s name, and destroyed his personal reputation with public displays of Antisemitism and anti-Israel acts?

Below is a video of Pink Floyd performing “Comfortably Numb” at Live 8 in 2005.