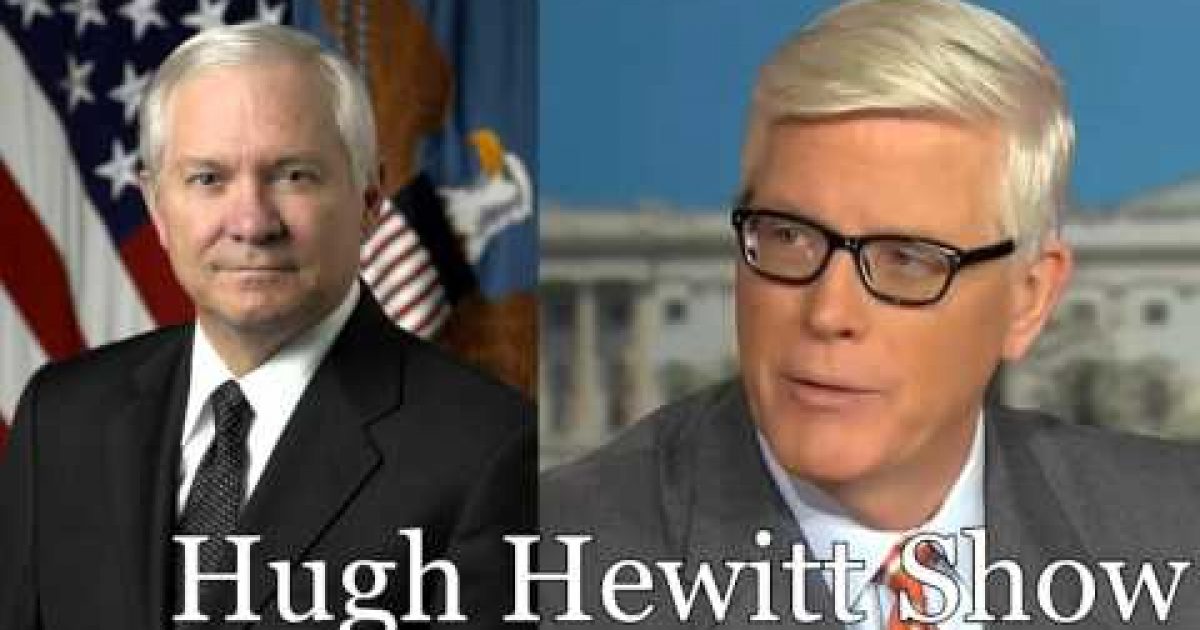 Former Defense Secretary Bob Gates visited the Hugh Hewitt Radio show to talk about his new book, “A Passion For Leadership: Lessons On Change And Reform From 50 Years Of Public Service.” But the host rightfully could not let an interview with a former Obama cabinet secretary go by without asking about Hillary Clinton’s email problems.

Gates was pretty sure that some unfriendly countries got into Clinton’s server, “Well, given the fact that the Pentagon acknowledges that they get attacked about 100,000 times a day, I think the odds are pretty high.” And when that is combined with the recent news that information that was classified as higher than top secret was on her email, it means that Ms. Clinton’s cavalier attitude toward secrecy may have exposed America’s most sensitive information to belligerent countries—not exactly what we need in a Commander-in-Chief.

Transcript and audio of this segment follows:

Hewitt: There seems to be a lot of dysfunction coming to light, and I know you’re not involved in the presidential race. But are you surprised by the news that continues to come out about the former Secretary of State’s server and the fact that the intelligence community’s inspector general has said there was a lot of very highly classified information on her server?

Gates: Yeah, that’s a concern for me. I never used email when I was head of CIA or head of the Department of Defense. As I used to joke, I didn’t want to have some chief of station overseas email me and say he was going to do something if I didn’t get back to him in three hours, and I would get back from a five hour hearing to discover I was two hours too late. I preferred dealing with people face to face and putting a signature on a piece of paper on matters of real national security and importance.

Hewitt: One of your colleagues, Mike Morell, said on this program, or actually agreed with my assertion that almost certainly, Russians, Chinese and Iranians had compromised the home brew server of the former Secretary of State. He agreed with that. Do you agree with his assessment of my assessment?

Gates: Well, given the fact that the Pentagon acknowledges that they get attacked about 100,000 times a day, I think the odds are pretty high.

Hewitt: And so if they had real time access to her server, would that have compromised national security?

Gates: Well, again, it would depend entirely on what she put on there. And I just, I haven’t read any of these emails, so I don’t know what was on those servers.

Lawyer: ‘The FBI Has Become A Political Police Force For The Progressive Left’
Conservative Firing Line