Does Rob Reiner Trash Trump Because He’s A Twitter Masochist? 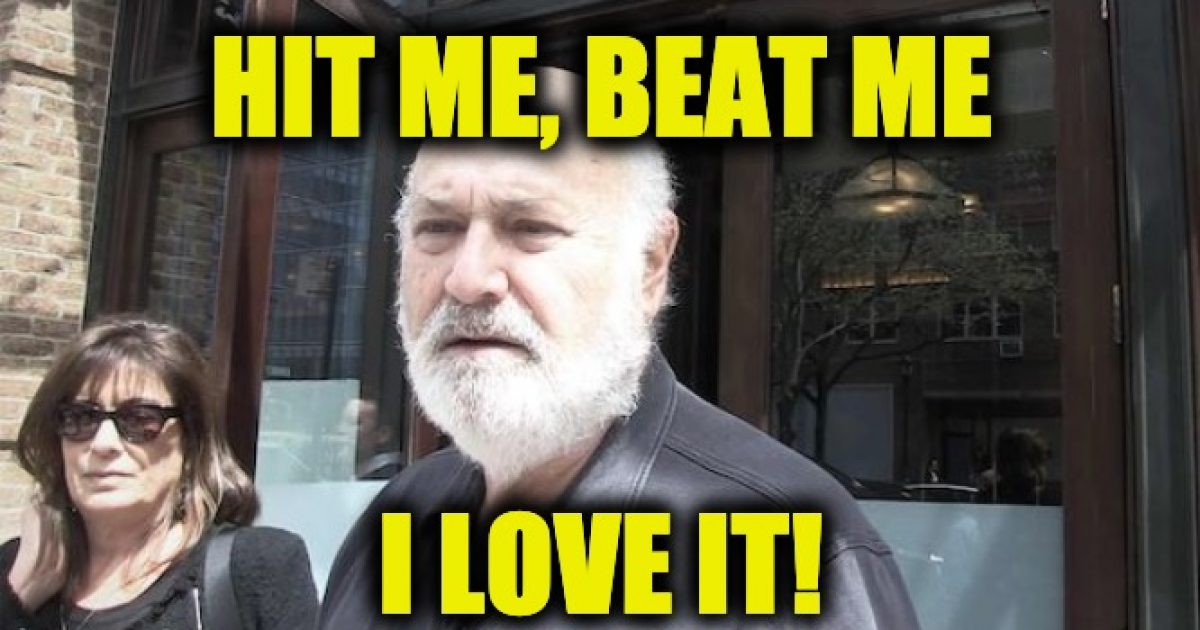 Sometimes I feel bad for Rob Reiner. Not totally bad, nearly bad.  When he talks about President Trump, he forgets a line from This is Spinal Tap, a movie he directed, “It’s such a fine line between stupid and uh…clever.”  When he is on twitter he usually picks the stupid side generating a response that has to hurt. I wonder if he slams Trump on Twitter because he’s a  masochist. He enjoys getting beaten up.

Can’t say this enough. Donald Trump is out of his fucking mind. He’s moronic. He’s racist. He’s childish. He’s beyond unfit. GOP, step the fuck up! And Dems, the house is on fire! Get out the Impeachment hoses. Stop this greedy narcissistic soulless fool or say goodbye to US.

This raises a question that Reiner raised in A Few Good Men,  ” Should we or should we not follow the advice of the galactically stupid!”

The response to Reiner’s tweet was quick and brutal. 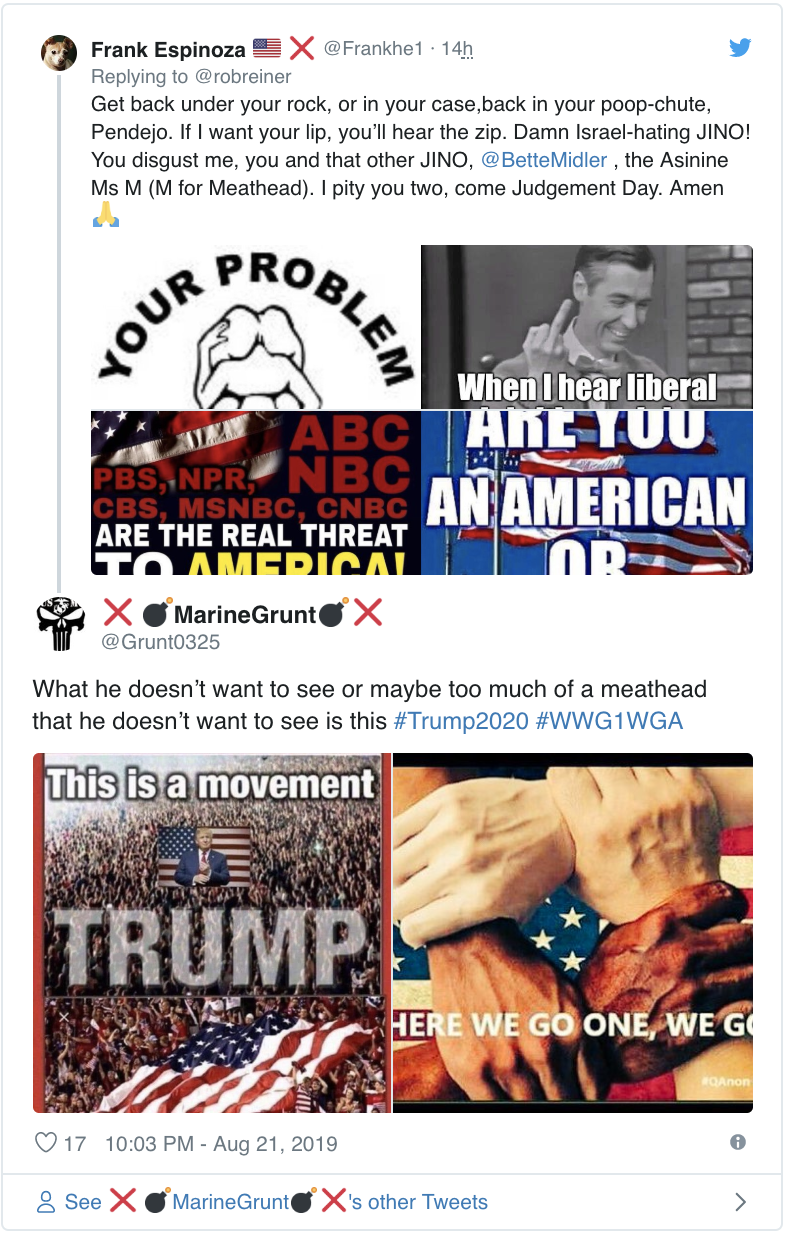 See what I mean? Even Mr. Rodgers is flipping him the bird. That may make so happy.

HEY MEATHEAD! One question! What exactly is the President guilty of?

Dan don’t do that! If you make him think, Rob’s head will blow up. Because he can’t handle the Truth. You need to be mean if you want him to be happy.

Does @realDonaldTrump play loud music inside your head at night?

Redcloak I don’t think he does. But if the president did play that loud music, I wouldn’t blame Reiner for being crazy.

Although the issue may be that Reiner doesn’t take his anxiety meds.

He still cant take one. Directions clearly say “on an empty stomach”

Now, THIS is a great idea!

@robreiner ..This liberal accessory can be found on the Trump2020 merchandise site.Hollywood elitists can buy in bulk. pic.twitter.com/miUTtvPqwx

Phil seems a bit sick an tired of Reiner’s masochism.

This should make Reiner feel a bit better, Christy cares:

Goodness gracious me!! Seek immediate anger management and psychological counseling. You are in desperate need of both!!

Maybe Rob Reiner says these stupid things because he enjoys getting smacked around on twitter?

That’s it! In fact, I have it on good word that this scene from a movie he directed is based on Rob Reiner’s reaction to getting eviscerated on twitter.