On Friday, They Buried Rina Shnerb 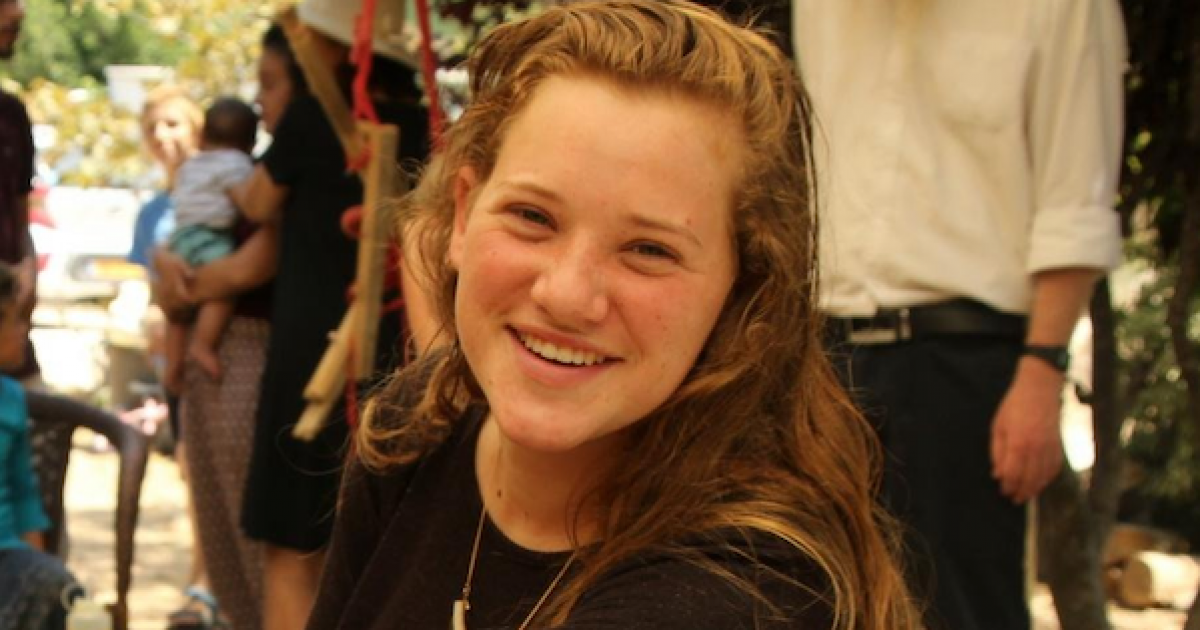 If ever there was a week that illustrated the dramatic difference between the lives of Israeli Jews and American Jews, this was it.

Over the course of the past week, Palestinian Arab terrorists stabbed and wounded an Israeli in the Old City of Jerusalem, drove a car into Israelis standing at a bus stop near Elazar, fired rockets into Sderot, set fields on fire in the western Negev, threw hand grenades at Israeli soldiers near the Gaza fence, and tried to stone Jews to death at the Tomb of Joseph.

And on Friday, they murdered 17-year-old Rina Shnerb for the crime of hiking while Jewish. She had just celebrated her 17th birthday the week before her murder.

That’s the reality for Israeli Jews. Surrounded by people who will use literally any weapon to try to murder them—a knife, a rock, a grenade, an incendiary balloon, a car.

It was a very different week for American Jews. It began with a lively debate over whether Israel should permit the entry of two indisputably anti-Semitic members of Congress.

Some unexpected American Jewish voices lined up with the congresswomen and condemned Israel. The condemners ended up with egg on their faces when Rep. Rashida Tlaib, who had been pretending to want to visit her grandmother, announced that she was rejecting Israel’s offer to let her visit. It was all a scam—precisely as Israel’s leaders suspected. Perhaps the Israelis had a better read on the situation than American Jewish leaders and pundits, after all.

The ink on all those angry press releases had barely dried when another vigorous debate erupted among American Jews. This time it was over what President Trump really meant by the word “disloyalty.”

Some of the tirades were predictable. Some of the theories were interesting. And some of the debating was fascinating. But none of it meant very much compared to what Israeli Jews experienced every single day this week.

That contrast is painful.

In the comfort of American suburbia, officials of Jewish organizations anxiously ponder how far they can go in their criticism of Israel without losing their donor base, while American Jewish pundits imagine that their op-eds and soundbites will sway either the masses or influence the policymakers or both.

Life in Israeli suburbia is quite different. At any given moment, a rocket may come crashing through the window. A spouse driving home may be surrounded by a rock-throwing lynch mob. A teenager on a tranquil nature hike may be murdered in a vicious bomb attack.

On Friday, that teenager was Rina Shnerb. 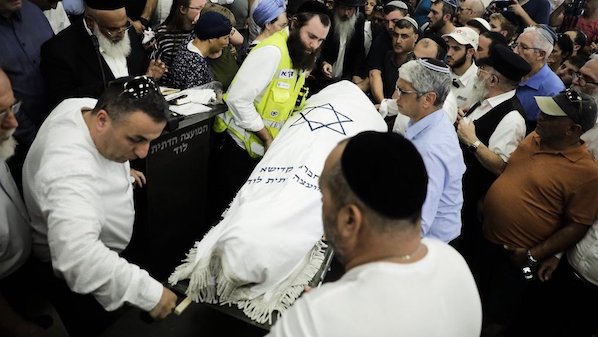 The Funeral of Rina Shnerb

Her name may not be remembered for very long. The names of Israeli Jewish victims of Palestinian Arab terrorism seldom stay in the news more than a day or two. Rina’s father, Rabbi Eitan Shnerb, and her brother, Dvir, were seriously injured in the attack; both were hospitalized, and Dvir required immediate emergency surgery.

So let’s take this moment, while the memory of Rina is still fresh, to remind ourselves that Israel should not be some kind of intellectual playground for American Jews. Israel is not a subject for American Jewish leaders to work out their anxieties over what their non-Jewish friends at the country club think of them.

Before rushing to criticize Israel over some small policy difference, let’s remember the bigger picture—the knives and rockets and bombs that Israeli Jewish families face every single day. Hold that angry press release. Delete the draft of that irate op-ed column. Remember that there are real life-consequences which Israeli Jews face daily and that American Jews don’t. Lives really are in the balance.

While hiking with her family, a bomb exploded, killing Rina & seriously injuring her brother & father.

Right now, Palestinians are handing out candies in celebration of Rina’s murder. pic.twitter.com/K2dYiDmGsM

Moshe Phillips is national director of Herut North America’s U.S. division; Herut is an international movement for Zionist pride and education and is dedicated to the ideals of pre-World War Two Zionist leader Ze’ev Jabotinsky. Herut’s website is https://herutna.org/