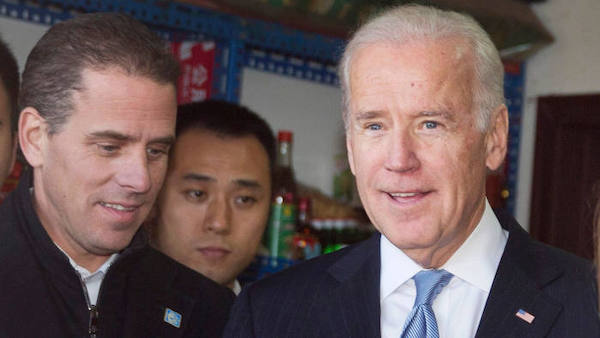 RIDING THE DRAGON: The Bidens’ Chinese Secrets was produced by Blaze TV based on Peter Schweizer’s research compiled for his book, Secret Empires: How the American Political Class Hides Corruption and Enriches Family and Friends. Peter narrates the 42-minute video embedded below. The video demonstrates how as Vice President Joe Biden enriched his family by using his influence as VP to help them make lucrative deals with Communist China including the Chinese military.

What Hunter Biden, the son of America’s vice president and Christopher Heinz, the stepson of the chairman of the Senate Committee on Foreign Relations (later to be secretary of state) were creating was an international private equity firm. It was anchored by the Heinz family alternative investment fund, Rosemont Capital. The new firm would be populated by political loyalists and positioned to strike profitable deals overseas with foreign governments and officials with whom the US government was negotiating.

In December 2013, Hunter traveled to Beijing aboard Air Force Two with his dad, VP Joe Biden coincidently (if you believe in coincidences) ten days later, “Hunter’s company, Rosemont Seneca, became a partner in a new investment company backed by the state-owned Bank of China.” They called the new company Bohai Harvest RST (BHR). Among others, BHR Partnered with the Chinese military.

There is so much more to this story told in the video below. As usual, Schweizer has done a thorough job of research, demonstrating that Joe Biden takes care of family income (and China) before he takes care of the United States.

The video below RIDING THE DRAGON: The Bidens’ Chinese Secrets is a much watch for anyone interested in the 2020 election:

The video below RIDING THE DRAGON: The Bidens’ Chinese Secrets was produced by Blaze TV based on Peter’s research. Peter narrates the 42-minute video. It is worth your time to watch.