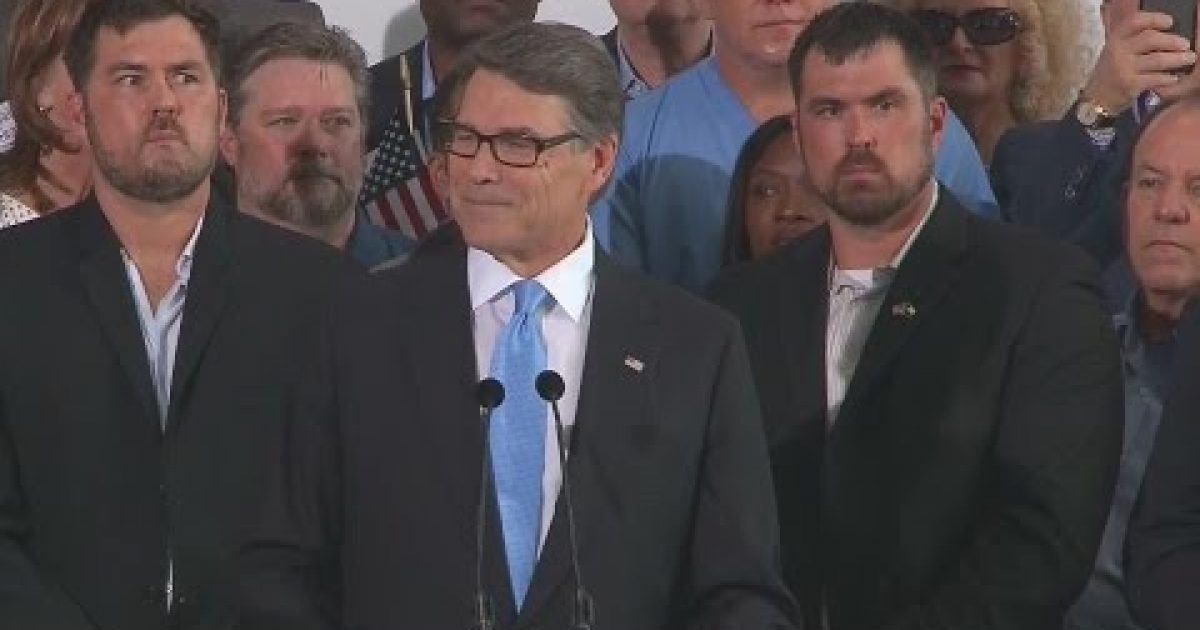 Former Texas Governor Rick Perry announced his candidacy for president on Thursday. Standing in front of a large cheering crowd and the airplane he flew as an Air Force Captain (and two large Texas bodyguards) Perry outlined his the failures of Barack Obama and his optimism for the future.  I almost forgot that he can really give a kick-ass speech.

Perry’s track record as the governor of Texas should make him a strong candidate for the nomination and he used that record in his speech.  Promising to turn around the economy he said, “We can do it because it has been done in Texas.”

But first he has to overcome the awful job he did as a 2012 candidate for the nomination. Right now he is miles back (or as Lincoln Chaffee would say kilometers back) in the polls and needs to quickly advance into the top ten or he will be shut out of the first debate in August.

Thursday’s speech however, was a great first start. Watch the video below and see if you agree.