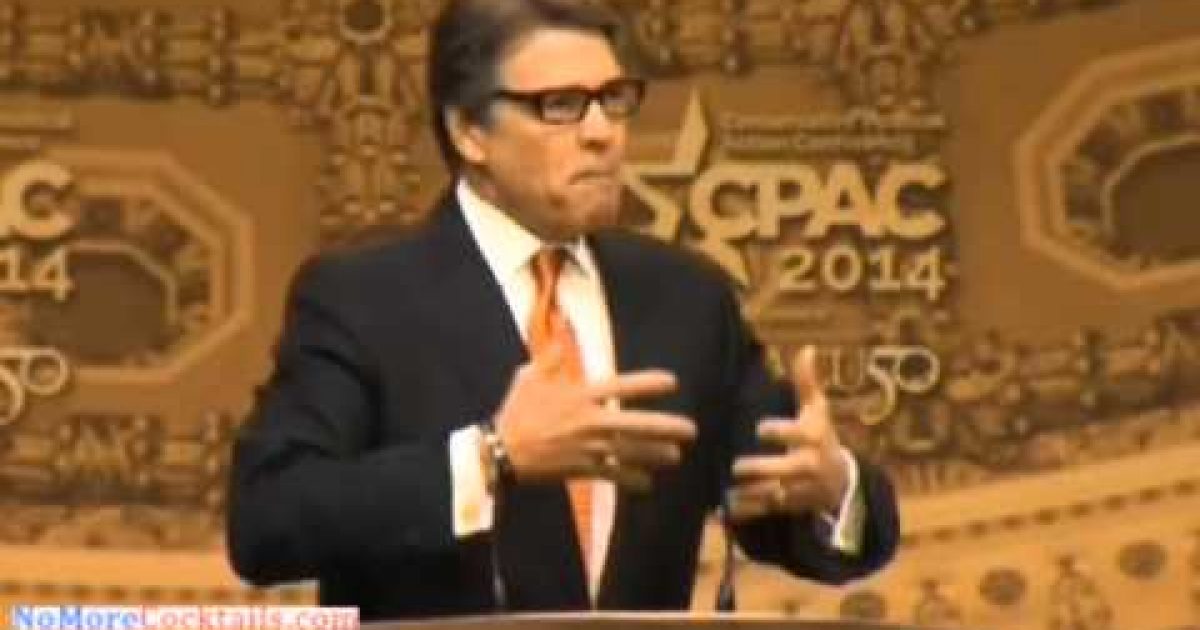 For the first time since CPAC began yesterday, there was a speech that brought the crowd to their feet. Texas Governor Rick Perry’s speech first thing Friday (before most people had their coffee) roused the passion of the audience.

Perry outlined his small-government vision and left little doubt that he will be running for president in 2016.

There is a price to be paid for policies that destroy the economy and embolden foreign enemies. I am here today to say, we don’t have to accept recent history. We just need to change the presidency. It’s not too late for America to lead in the world, but it starts by leading at home.

Perry, took swings at liberal New York and California, and praised several of his fellow GOP governors: Nikki Haley of South Carolina; Rick Scott of Florida; Bobby Jindal of Louisiana; and Scott Walker of Wisconsin. He did not mention the head of the Republican Governor’s New Jersey Gov. Chris Christie, who spoke to CPAC the day before.

The speech reached a climax towards the 10-minute mark, as Perry’s voice began to rise he brought the crowd to its feet and the applause grew.

“It is time for Washington to focus on the few things the Constitution establishes as the federal government’s role. Defend our country, provide a cogent foreign policy, and what the heck, deliver the mail, preferably on time and on Saturdays. Get out of the health care businesses; get out of the education business, Create prosperity again. My fellow conservatives, the future of this nation is upon you, it belongs to you! You have the power to change America. You are the path to the future, a light on a distant shore. And you represent the renewed hope that America can be great again!”

When Scientific Journals Align Themselves With CHINA’s Propaganda . . . Should We STILL ‘Believe’ Them?
March 5th, 2021 Clash Daily