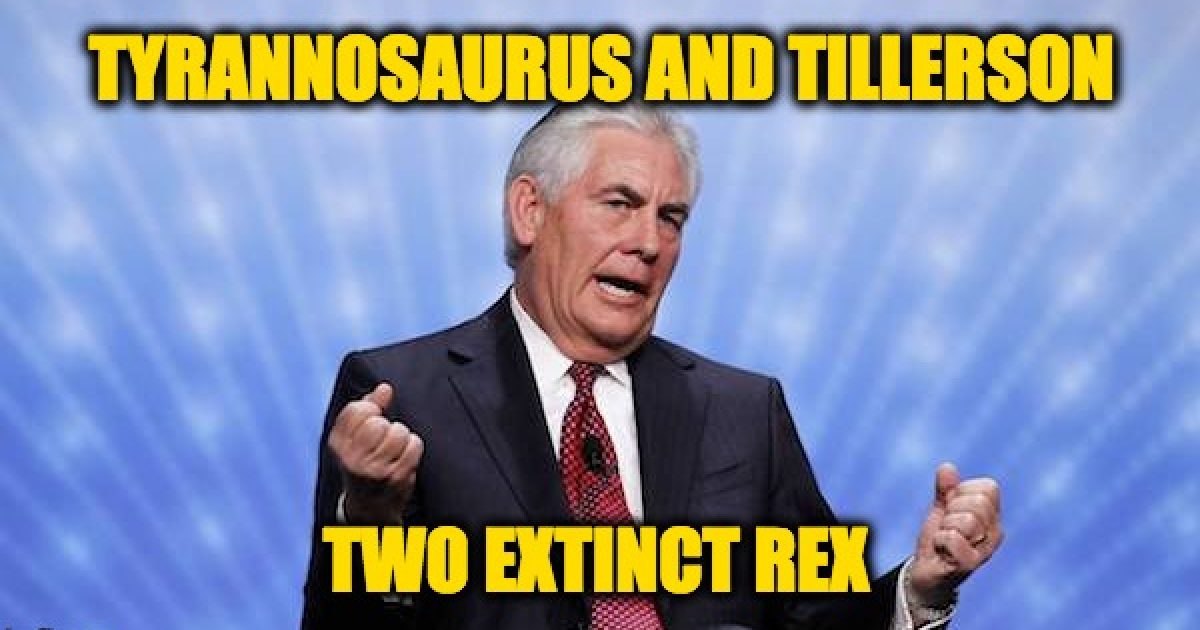 Iran Agreement, Jerusalem, Paris Climate Deal, when to talk to North Korea, Qatar’s dispute with other Gulf states, it seems Rex Tillerson has disagreed with President Trump on major foreign policy issues more than he agreed.  And it’s the bosses opinion that matters, so Rex had to go.

Just before nine on Tuesday the 13th the President tweeted:

According to the White House, Mr. Tillerson would remain in the job to help with the transition.

“The president wanted to make sure the transition happens before the conversation takes place with North Korea, and with the trade issues taking effect,” an official said.

On his way to Air Force One President Trump spoke to the press and praised both Tillerson and Pompeo:

President Trump: “I wish Rex Tillerson well… I very much appreciate his commitment and his service and I wish him well. He’s a good man… We got along actually quite well but we disagreed on things.” https://t.co/TYsY77tQUx pic.twitter.com/S1AH8OhWBy

Two senior administration officials said the president had lost trust in his secretary of state. After agreeing to talks last week with North Korea, Mr. Trump decided to make the move.

The president agreed to the talks with North Korea on Thursday. On Friday, White House officials called Mr. Tillerson to order him to come back home from a trip to Africa. The call came after 2 a.m. local time, according to a person familiar with the call. Mr. Tillerson returned to the U.S. early Tuesday, a day earlier than scheduled, and didn’t know he was losing his job until he landed, according to a State Department official.

Mr. Tillerson wasn’t told why he was being removed from the post, a State Department official said.

“The secretary did not speak to the president this morning and is unaware of the reason,” said Steve Goldstein, an agency spokesman. “But he is grateful for the opportunity to serve, and still believes strongly that public service is a noble calling and not to be regretted.”

Mr. Trump called Mr. Pompeo over the weekend and is believed to have offered him the job in that call, a U.S. official said.

“The president wanted to make sure the transition happens before the conversation takes place with North Korea, and with the trade issues taking effect,” a third senior administration official said.

The bottom line is that Tillerson was different than Trump in style and policy. The president probably felt uncomfortable with a laid back Tillerson and wanted someone more aggressive like Pompeo at his side for the North Korean talks.

Pompeo was a Tea Party conservative during his time in Congress. And has made statements that show him to be on the side of the president such as:

The president’s close relationship with Pompeo should result in a smoother White House/Foggy Bottom relationship. More than any other member of the cabinet, one could often hear the POTUS offer one opinion and the Sec State offer another. Hopefully now the State Dept. and  White House will begin marching to the same drummer…and that should be the POTUS, after all, it’s his decision that matters.