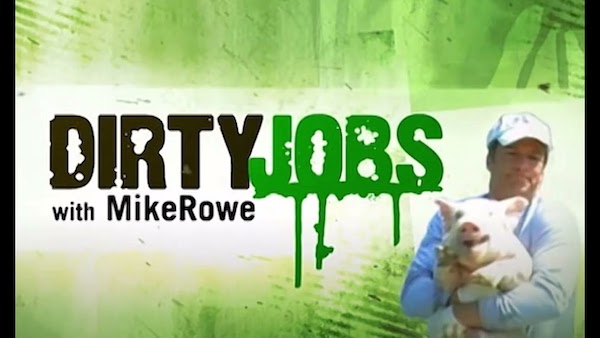 I have to admit I am a big fan of Dirty Jobs. It has nothing to do with the fact that I agree with host Mike Rowe’s politics which he never discusses on the show. I like the show because it explains occupations I had never heard of and never thought people could earn an income that would allow them to raise a family and more. My dad, of blessed memory, was a house painter, and I worked for him, helping me relate to those dirty Jobs.

The show is a message that people don’t need ‘white collar” jobs to succeed. And it is almost impossible not to enjoy Rowe’s self-deprecating humor.

Unfortunately, everyone doesn’t enjoy the show because they don’t like Mike Rowe’s politics.

Conservative filmmaker and TV producer Mike Rowe says that the Biden government pulled his filming permits because of his personal politics.

Rowe, the host and producer of the TV series Dirty Jobs, says that his filming was shut down by the General Services Administration (GSA) and pulled his filming permit for “political reasons.”

Rowe explained that the GSA suddenly canceled his filming permit just before he was set to film an episode focused on a woman-owned company in the boiler-making trade.

“Then, just two days before I was scheduled to arrive, we received a phone call from a woman at the GSA who informed us that our permits were being revoked,” he continued. “When we asked for an explanation, she said, ‘security concerns.’ When we asked her what kind of security concerns, she said she didn’t know. She only told us that the decision had come down from ‘the very highest levels within the GSA.'”

“What’s really going on here?” Rowe asked in his post.

Rowe added that one of his crew was told in a phone call that the permit was pulled because Rowe is a conservative.

“According to this caller, someone at the highest levels of the GSA ‘doesn’t like Mike Rowe’s personal politics,’ and used their power to deliberately string us along until the last possible second, for the express purpose of ‘yanking my chain,'” Rowe wrote.

This proves that politics is a different type of dirty job.

Part of this post was first seen at iPatriot