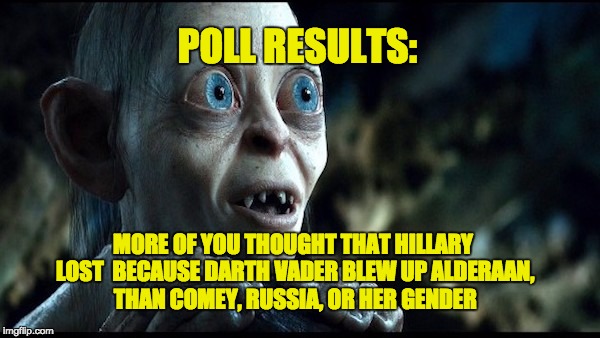 As promised the below are the polls results–your vote for why Hillary Clinton lost the Election. Democrats may be disappointed because more people thought her loss had to do with Darth Vader blowing up Alderaan, The Hobbit taking her precious ring, and I Am GROOT, than the one person who thought it was the Russians.

For those of you who left your own reasons in the comments for why Hillary lost,  I tried to add them to the list below, however if they included language that cannot be shared with a family audience they were left out. Your additional suggestions brought the total choices from 35 to 45.

In the end your choices were not very surprising the top three answers received over 55% of your vote  they were; GIMMIE A BREAK, She’s Hillary Clinton; She Freaking Lies About EVERYTHING; She Belongs in Jail; in that order.

It is surprising that Trump Was A Better Candidate; Benghazi; and Trump Promised Change/She Promised Same old; didn’t do better on the why Hillary lost poll.

You will enjoy the full results which are published below. 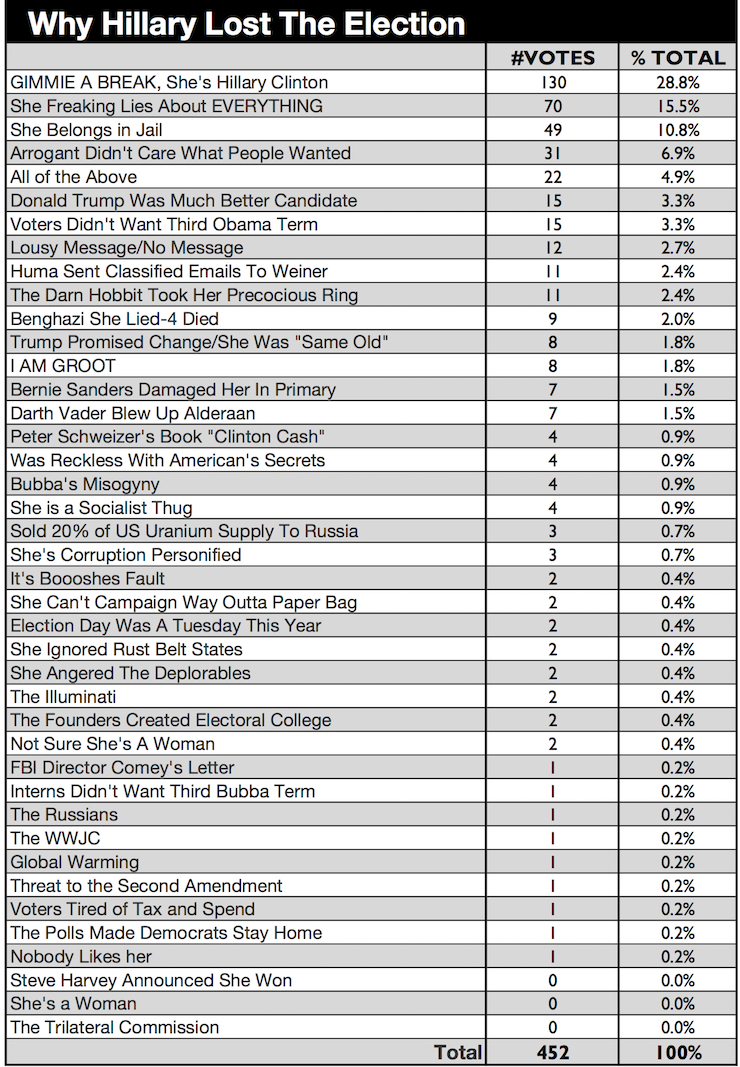