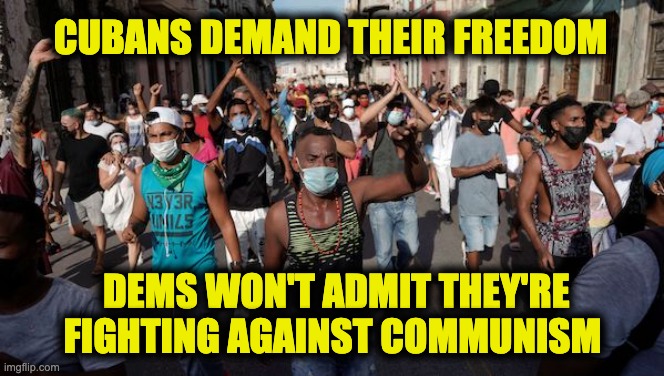 Spontaneous protests broke out across the island nation over the weekend. And the tyrants who run Cuba are violently cracking down on the peaceful protesters, even costing the lives of some.

The leftists running the U.S. federal government now find themselves between a rock and a hard place because of their reluctance to criticize the communists. They treat Communism like Voldermort was treated in the Harry Potter series. They won’t mention the word Communism. It is the despotic regime that must not be named. The Dems are worried that they would upset their far-left base if they mentioned the “C” word.

The press conference came a day after DeSantis sent a letter to President Joe Biden requesting federal assistance to “provide Internet access to the people of Cuba standing up against communist oppression and demanding a voice after decades of suffering under the yoke of a cruel dictatorship.”

I urge President Biden to assist in providing internet access to the people of Cuba standing up against communist oppression and demanding a voice after decades of suffering under a cruel dictatorship.https://t.co/fjSKNxuchW pic.twitter.com/br4iPHZ4k1 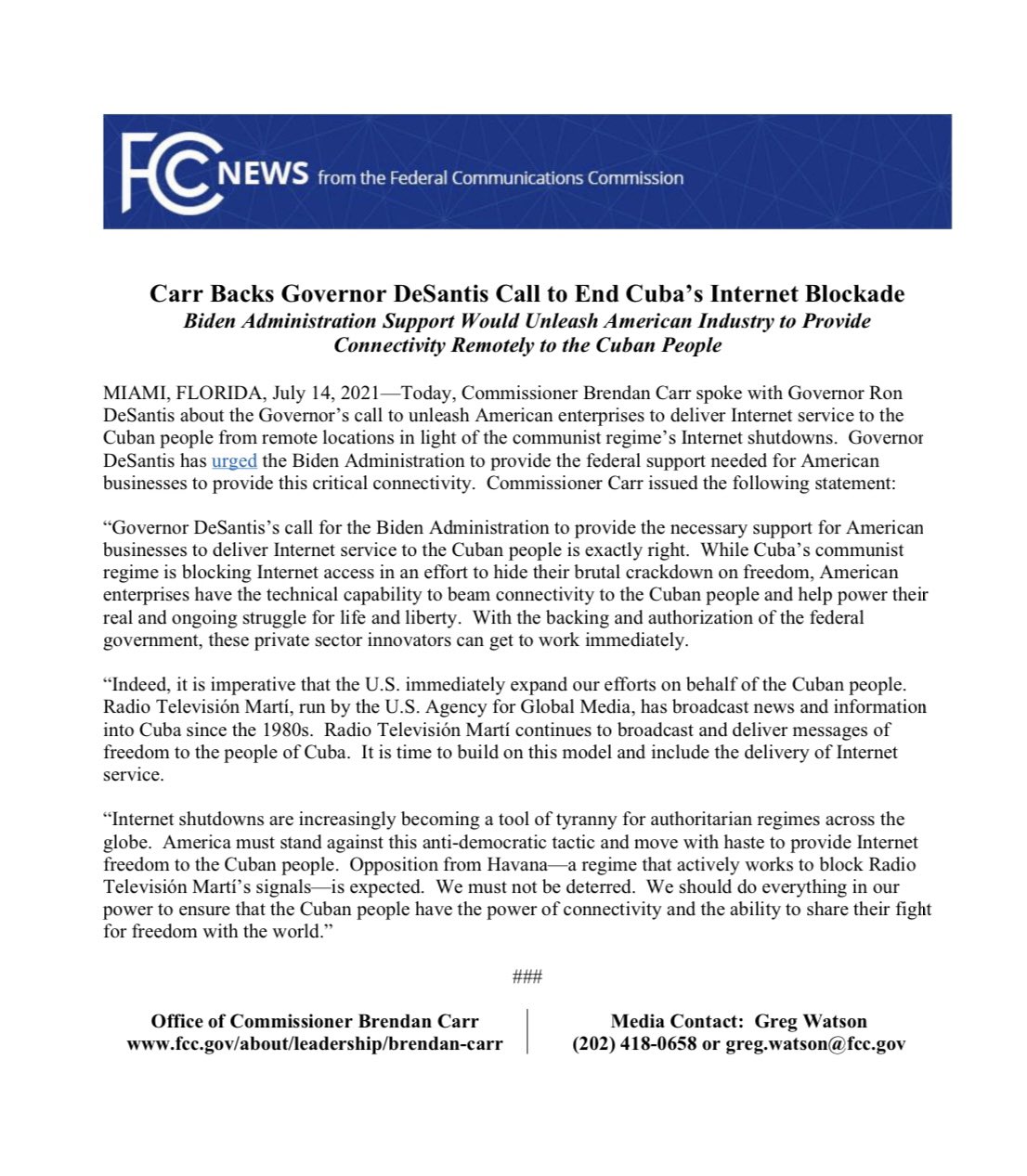 DeSantis and Carr each doubled down at the press conference on Thursday, urging that the United States restore the internet to the Cuban people during a Thursday afternoon press conference.

“The one thing that communist regimes fear the most is the truth. And if we’re able to help Cubans communicate with one another — also communicate to the outside world — that truth is going to matter. That truth, I think, will be decisive,” DeSantis said. “And so, Mr. President now’s the time to stand up and be counted.”

“We need the political willingness from the Biden administration,” said Republican U.S. Rep. Maria Elvira Salazar, whose parents were Cuban exiles. “And if the federal government considers that they cannot pay for the resources, the Cuban American community will.”

DeSantis urged that every option be explored at the presser, including using offshore and satellite technology to supply internet service. One option being considered is using balloons to provide connectivity.  another is using the U.S. Embassy in Havana as a kind of hotspot.