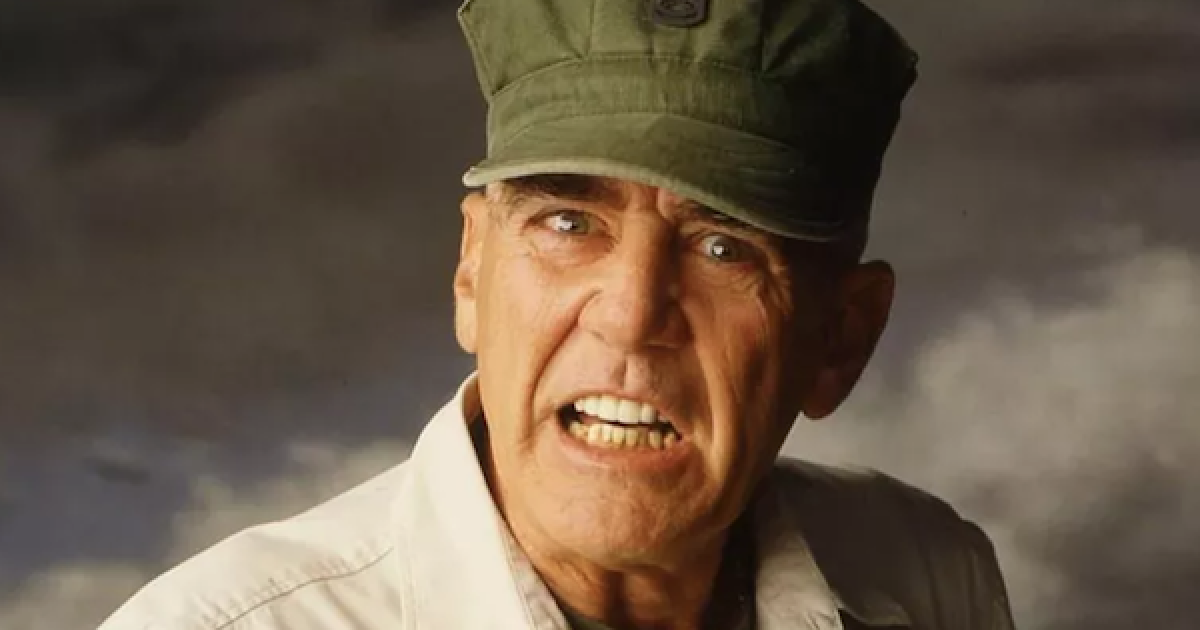 His name was R. Lee Ermey, but most of us knew him as Gunny. The former Marine Corps drill instructor known to millions of moviegoers as Gunnery Sergeant Hartman and to  Discovery Channel TV audiences as Gunny. Eventually, his roles dried up because Hollywood doesn’t like conservatives:

“I’ve had a very fruitful career. I’ve done over 70 feature films,” he said. “I’ve done over 200 episodes of [Outdoor Channel series ‘GunnyTime’]… and then [Hollywood] found out that I’m a conservative.”

Ermey, who was an NRA board member, said at the time that his association with the organization and his disapproval of President Obama cost him acting jobs.

“Do you realize I have not done a movie in five to six years? Why? Because I was totally blackballed by the … liberals in Hollywood,” he alleged. “They can destroy you. They’re hateful people [who] don’t just not like you, they want to take away your livelihood … that’s why I live up in the desert on a dirt road … I don’t have to put up with their crap.”

Gunny thank you for your service to his country as a Marine.  Thank you for hours of entertainment. May God grant your soul peace and may he comfort all of your loved ones.