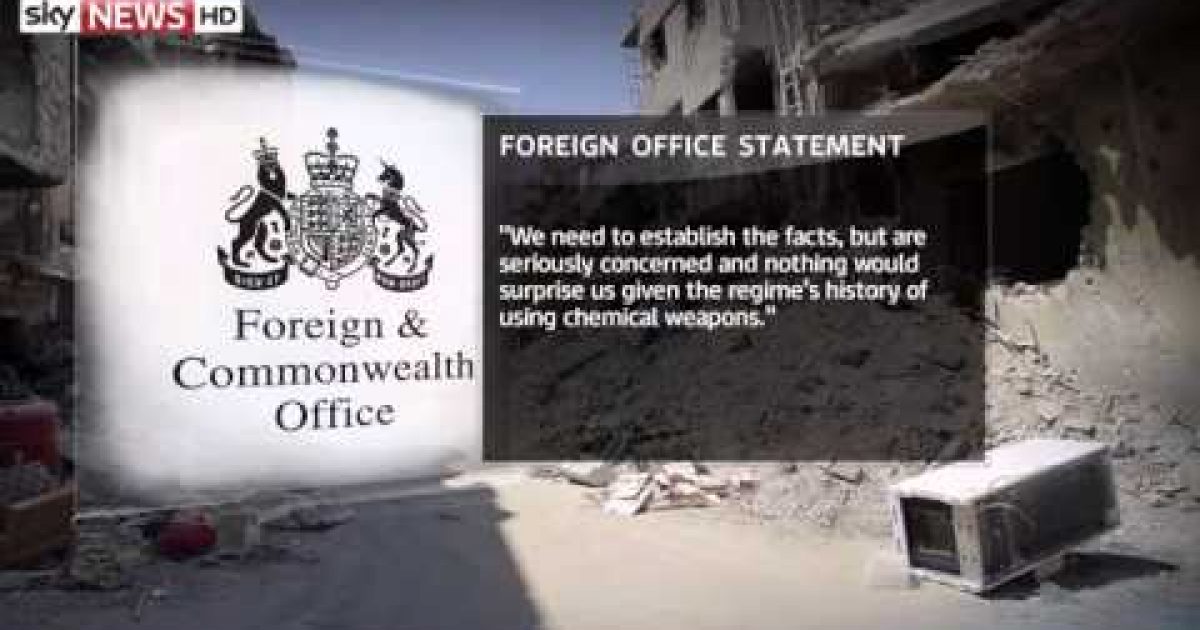 Is President Obama going to draw another red line? Sky news is reporting that there are “indications” Syrian President Bashar al Assad is still using chemical weapons against his own people, according to the French.

“We have a few elements of information, but I do not have the proof,” French President Francois Hollande told Europe 1 radio station.

“What I do know is what we have seen from this regime is the horrific methods it is capable of using and the rejection of any political transition.”
French Foreign Minister Laurent Fabius told the radio station there were “indications, which have yet to be verified, that there have been recent chemical attacks”.

He said they were “much less significant than those in Damascus a few months ago but very deadly”, and had taken place in the northwest of the country, near the Lebanese border.

Activists accused the regime of using lethal chlorine gas – first used at Ypres during the First World War – saying it caused “more than 100 cases of suffocation”.

Videos posted on social media by opposition groups show men and children in a field hospital coughing and showing symptoms of suffocation.