Rep. Omar’s Latest: She Tweets That GOP Israel Support Is Purchased By AIPAC 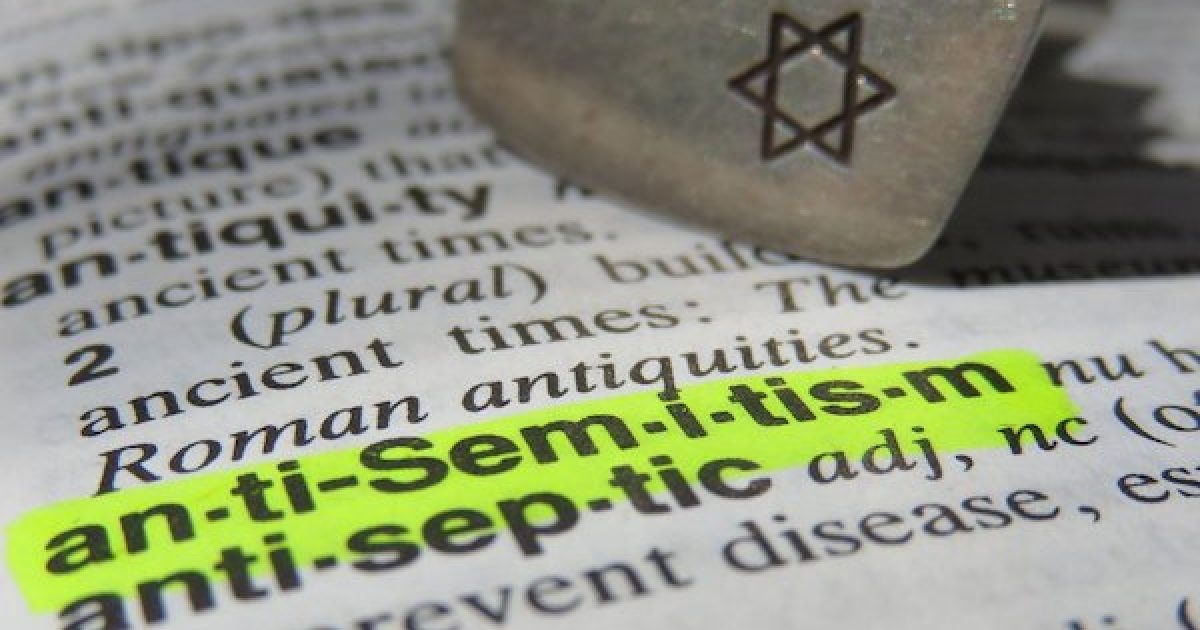 The hatred belched out by Rep. Ilhan Omar (D-MN) has gone from bad to worse. Via a Sunday evening twitter rant, she suggested Republicans support Israel because those rich Jews bribe GOP members of Congress through AIPAC.

Two weeks ago, Rep. Zeldin introduced House Resolution 72 (HR 72) whose purpose was to say that the House of Representatives doesn’t’ support ant-Semitic or anti-Israel hatred (full resolution embedded below)

The introduction to the resolution points to the Antisemitism coming from different elements of American society specifically naming the group or individual pushing the hatred, from Louis Farrakhan and Students for Justice in Palestine to Linda Sarsour and Pittsburgh Synagogue murderer Robert Bowers.

Now, therefore, be it

Resolved, That it is the sense of the House of Representatives that—

(1)  That the House of Representatives rejects anti-Israel and anti-Semitic hatred in the United States and around the world.

Lee Zeldin’s resolution should have been non-controversial, it doesn’t ask for a border wall, beds for illegal immigrants or tax cuts, only that the House reject hatred.

But HR 72 is also a rejection of a significant part of the Democratic Party base the extreme left, whose supporters include many members who are anti-Semitic, It also criticizes new members of the Democratic Caucus, Omar and Tlaib

So far, Speaker Nancy Pelosi and Democratic leaders have declined to bring Zeldin’s bill to the floor or to condemn the Democratic freshmen for their Antisemitism.

Frustrated with the lack of movement on HR 72 House Minority and the increasing Antisemitism in the Democratic party, during a Friday press conference Minority Leader Kevin McCarthy answered a reporters question by demanding the Democratic leaders’ at least rebuke progressive freshmen for their hatred.

McCarthy said, “There are situations in our conference where a member does something that is wrong — I think you’ve seen from my own actions that I take action.  I think when they stay silent, they are just as guilty. And he pointed out the GOP’s punishment of Rep. Steve King after he questioned why the terms “white nationalist” and “white supremacist” were considered offensive. To sanction the Congressman King was stripped of all his committee assignments by the McCarthy and the GOP caucus leadership.

The leader said he believes it’s possible to be critical of the Israeli government without being anti-Semitic, but Omar and Tlaib’s vociferations were way over the line.  And “If it is allowed to happen in the halls in Congress, it would only perpetuate the problem and grow to something much more than we would desire it to be.”

McCarthy warned that if the Democrats didn’t act, he would.   “I think this will not be the end of this, and if they do not take action, then I think you will see action from myself.”

Two days later Glenn Greenwald who is most famous for publishing secret American documents supplied to him by Edward Snowden tweeted support to Rep. Omar and covering up her anti-Jewish statements by calling them anti-Israel.

GOP Leader Kevin McCarthy threatens punishment for @IlhanMN and @RashidaTlaib over their criticisms of Israel. It's stunning how much time US political leaders spend defending a foreign nation even if it means attacking free speech rights of Americans https://t.co/It1fGm1b70

It's all about the Benjamins baby ???? https://t.co/KatcXJnZLV

Rep. Omar responded with “It’s all about the Benjamins baby.” Benjamins being $100 bills. The Minnesota representative was referring to an old and particularly disgusting claim of the anti-Semitic movement — that Jewish money fuels backing for Israel.

One response to Omar asked, “Would love to know who @IlhanMN thinks is paying American politicians to be pro-Israel.” She answered with one word, AIPAC!

As a not for profit organization, AIPAC, the American-Israel Public Affairs Committee doesn’t donate directly to candidates. Its members do give money to political campaigns, in the same way, members of any other advocacy group donate to the campaigns of candidates they agree with, from labor unions to the Iranian American Political Action Committee (IAPAC), which gave money to NY Senator Gillibrand.

Interestingly AIPAC’s influence amongst Republicans has diminished since they tried to get the party to change its 2016 platform because it was more pro-Israel than the Democrats.

A response by freshman congressman Max Rose (D-NY) from Staten Island told his Democratic colleague “Congresswoman Omar’s statements are deeply hurtful to Jews, including myself.”

Congresswoman Omar’s statements are deeply hurtful to Jews, including myself. pic.twitter.com/u3f2JHESFA

The AJC in a rare move criticizing a Democrat answered Omar with:

Wow. A sitting U.S. Congresswoman actually just suggested AIPAC is paying Members of Congress to support Israel, one of our strongest and longest standing allies.

This level of anti-Semitism coming from the left is truly stunning and must be denounced. https://t.co/VSWixEi8ep

Former UN Ambassador Niki Haley added her condemnation, tweeting Omar with “To see this at the UN was a fight every day. This CANNOT be tolerated in our own Congress by anyone of either party. In a time of increased anti-Semitism, we all must be held to account. No excuses.”

To see this at the UN was a fight every day. This CANNOT be tolerated in our own Congress by anyone of either party. In a time of increased anti semitism, we all must be held to account. No excuses. ❤️???????? #NoSpaceForHate#NoToleranceForAntiSemitism #WhatIsHappeningWithPeople https://t.co/zUaNjp3hHo

Even Chelsea Clinton commented and Rep. Omar replied with a tweet suggesting she doesn’t get it, that the who anti-Semitic thing is just a Republican smear campaign.

???????? Chelsea – I would be happy to talk. We must call out smears from the GOP and their allies. And I believe we can do that without criticizing people for their faith.

I look forward to building an inclusive movement for justice with you. ???????? https://t.co/EGA9NQfBCi

Regular readers know I have been warning of Democratic Party Antisemitism for over a decade. Between the eight years of Barack Obama, the last Congresses support of Louis Farrakhan revelations along with BDS, and the hatred spewed by new Democrats in this Congress it is becoming more blatant, and frightening than ever. The question remains will Democratic Party leadership take a strong stance against the Party’s Antisemitism? They haven’t yet. Even the Jewish Senate minority leader Chuck Schumer has been silent. But leadership is getting pushback from Jewish members of their caucus according to Politico

Reps. Josh Gottheimer (D-NJ) and Elaine Luria (D-VA.), who are both Jewish, are collecting signatures for a letter they plan to send to Democratic leaders expressing deep concern over “recent rhetoric from certain members within our Caucus, including just last night, that has disparaged us and called into question our loyalty to our nation.”

We urge you to join us in calling on each member of our Caucus to unite against anti- Semitism and hateful tropes and stereotypes,” the lawmakers wrote in the letter. “In recent weeks, we have had conversations with multiple members of our Caucus who share our concerns about this rhetoric; we have also raised these concerns with Democratic leadership.”

“We must speak out when any Member – Democrat or Republican – uses harmful tropes and stereotypes, levels accusations of dual loyalty, or makes reckless statements like those yesterday,” they added.

“We hope that our Caucus will take swift action to address these issues in the coming days by reiterating our rejection of anti-Semitism and our continued support for the State of Israel,” Gottheimer and Luria said in the letter to leadership.

If they don’t speak out will Jewish Americans make them pay at the ballot box? Sadly, that isn’t very likely as my fellow Jews tend to believe the false charges of bigotry against this president made by the liberal mainstream secular and the liberal Jewish media such as The Jewish Week out of New York or the Jewish news service the JTA, while ignoring the real bigotry coming from the Democratic Party.