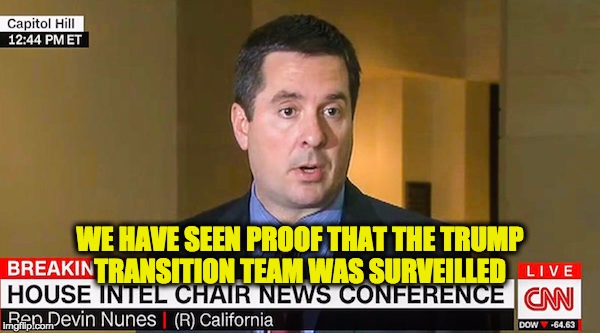 The communications appear to be picked up through “incidental collection” and do not appear to be related to the ongoing FBI investigation into Trump associates’ contacts with Russia. He says he believes the intelligence collections were done legally.

“I recently confirmed that on numerous occasions, the intelligence community collected information on U.S. individuals involved in the Trump transition,”

“Details about U.S. persons involved in the incoming administration with little or no apparent foreign intelligence value were widely disseminated in intelligence community reports.”

Nunes says the communications of Trump associates were also picked up, but he did not name those associates. He says the monitoring mostly occurred in November, December and January.

Nunes says he learned of the collection through “sources” but did not specify those sources.