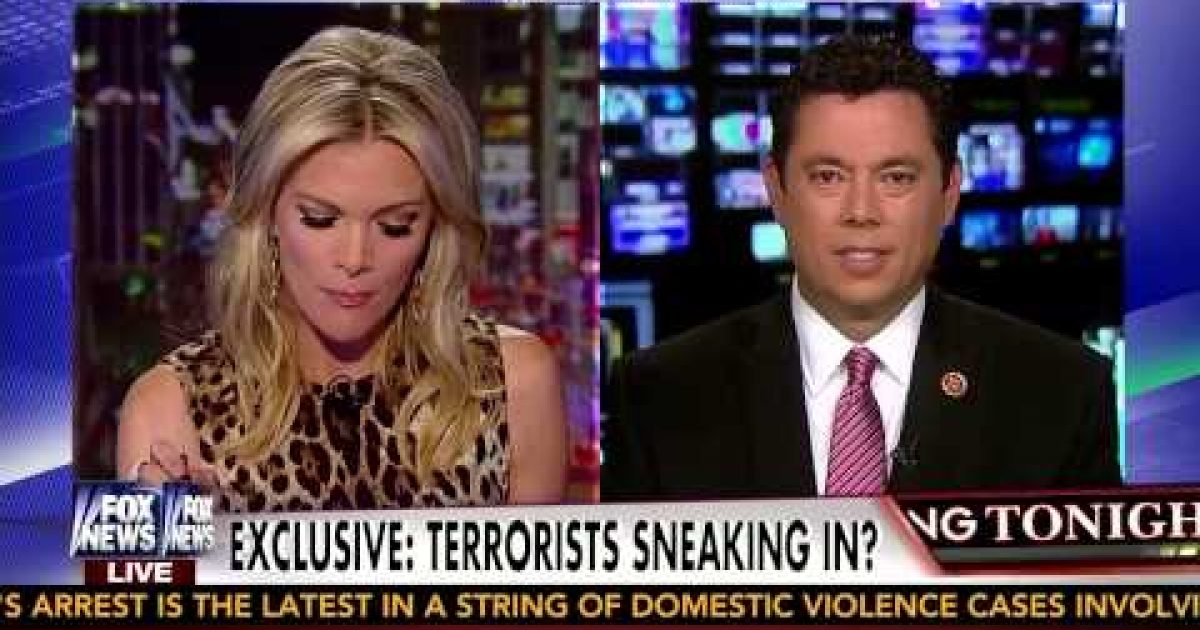 I have reason to believe that on September 10th there were actually four individuals trying to cross through the Texas border who were apprehended at two different stations that do have ties to known terrorist organizations in the Middle East. Are you not aware of that? -Rep Jason Chaffetz To DHS Secretary Jeh Johnson. 9/17/2014

Wednesday was a big day for Congressional Hearings. The mainstream media was all over the initial public meeting of the House Special Committee on Benghazi, then there was the spectacle of Secretary of State John Kerry testifying to the Senate Foreign Relations Committee trying to sell the President’s plan to “destroy” ISIS. That late-afternoon meeting included classic sparring between Sen. Corker (R-TN) and Kerry, and Sen. McCain (R-AZ) and Kerry. The committee with the most important revelations was the House Homeland Security Committee’s Subcommittee on Counterterrorism and Intelligence, sadly that was also the committee that received the least amount of coverage.

The Counterterrorism Committee revealed why every American should be worried about the porous border between the United States and Mexico. Not only did the hearing reveal the ease by which potential terrorists come into this county, but the Director of Homeland Security Jeh Johnson either did not know or lied about not knowing about the problem.

Wednesday night Chaffetz discussed the hearing with Megyn Kelly on FNC’s “The Kelly Files (full interview embedded below). The segment began with a clip from Wednesday’s hearing:

Chaffetz to Jeh Johnson: My concern is that the — I have reason to believe that on September 10th there were actually four individuals trying to cross through the Texas border who were apprehended at two different stations that do have ties to known terrorist organizations in the Middle East. Are you not aware of that?

Chaffetz: And I guess that’s my concern that you as a secretary does that information rise to the level of the secretary?

If that doesn’t frighten you yet…look at the conversation that took place after the clip was over:

Kelly: (…) you first asked him, have we ever apprehended anybody who’s a known terrorist or suspected terrorist trying to come across the border? And he said ‘sitting here right now; no specific case comes to mind. That doesn’t mean there is none, perhaps FBI Director Comey can think of one. But nothing’s coming to mind.’ And then you as a good lawyer zeroed in and said, well, my concern is I believe it actually did happen as recently as September 10th and it was four people who tried to come across and you tried to apprehend them and only then he said I have heard reports to that effect. Do I have that about right?

Chaffetz: That’s exactly right, Megyn. He’s the Secretary of Homeland Security. You need to know this. He was sworn in on September 23rd last year. He says he doesn’t know the answer to that. The answer unfortunately is yes. We captured — there are 466,000 people that have been captured crossing our borders over the last 351 days, yet by homeland security’s own numbers 157,000 people got away. And the people we did capture, they come from 143 different countries, 13 were from Syria, six were from Iraq, four were from Iran. We had four people with known ties from a Middle Eastern country captured having already crossed the border, our southern border in Texas, four people captured from a Middle Eastern country with known ties to a terrorist country and he doesn’t know the answer to that question.

Obviously this exchange goes against the MSM position that comprehensive immigration reform must be passed now, which may be the reason it wasn’t covered except for FNC.

Chaffetz’s information points to the reason before anything about immigration reform is discussed America’s borders must be verified as secured. And that verification must come from an independent source.

The Immigration Reform and Control Act of 1986 that was signed into law by Ronald Reagan promised border security, but Congress never funded the increased security.

The Secure Fence Act of 2006 promised building 700 miles of double security fencing along the Mexico-United States border. The law also authorizes more vehicle barriers, checkpoints, and lighting as well as authorizes the Department of Homeland Security to increase the use of advanced technology like cameras, satellites, and unmanned aerial vehicles to reinforce infrastructure at the border.

Of the almost 700 miles of mandated fencing, DHS reports there are currently 36.3 miles of double-layered fencing, as the bill required, the kind with enough gap that you can drive a vehicle between the layers. The President claims the fencing has been built,  but the majority of the fence erected consists of vehicle barriers with single-layer pedestrian fencing, the kind of barriers that are designed to stop vehicles rather than people (see below).

The bill passed in the Senate supposedly doubles the number of border agents and completes the border
fence promised in the 2006 legislation.  There is no guarantee those actions will be taken because the amnesty
elements of the bill will be enacted whether those actions are taken or
not. The bill also contains a provision giving the head of Homeland
Security discretion to nix the border protection elements of the bill. Other provisions allow the Homeland Security Secretary to validate that certain triggers were met—this or only other administration in power when the bill is enacted gets to verify whether or not they did their job. That is as promising a thought as the Department of Justice investigating the DOJ, and the State Department investigating the State Department—both of which have happened in this administration.

It’s not just Obama, bills with provisions to secure the border passed under Reagan and Bush #43 were not executed as passed, why should America trust a promise today?

Understandably many Latinos see rejection of comprehensive immigration reform as a slur “gee the anti-Immigration crown doesn’t want more people like me in the country.” Sadly they have been fooled the same way many of my fellow Jews have been fooled into believing that Obama supports Israel.

The issue isn’t about more Latinos coming into this county, the real issue is the people coming across the border that may have nefarious objectives just like the four people with terrorist ties arrested the day before 9/11 described by Rep. Chaffetz. This is about protecting the children of all Americans including those with Latino parents.

History has taught us that legislation promising border security never get implemented, that is why before anything else having to do with immigration must wait until the border is proven to be secure. And it’s all borders, northern, southern, people who walk in, fly in etc. The Senate bill could have done that….but it didn’t. And the sick part about the border security debate is if the Democrats allowed security to happen, it will be impossible for comprehensive reform to be blocked—even if it includes some sort of amnesty.

Once the border is secured we can discuss the rest. And yes that is going to have to include some sort of Amnesty for the illegal immigrants in the country right now. Do real background checks, fine them for breaking the law, ensure them permanent residence status while denying them full citizenship—any combination of the above, but the United States is not going to track down twelve million people and throw them out of the country…it’s just not right.  But nothing can or should happen before we can guarantee that almost everyone coming into the country comes here legally and that the federal government knows who is coming into the United States.

The borders were generally secure when my grandparents came here over a century ago, and today it is even more crucial.  Securing the border will not be perfect, nor will it guarantee to protect our children from terrorists—but without the security as Rep. Chaffetz describes above, without security our children are more likely to be killed by a terrorist trying to prove some sick political message.