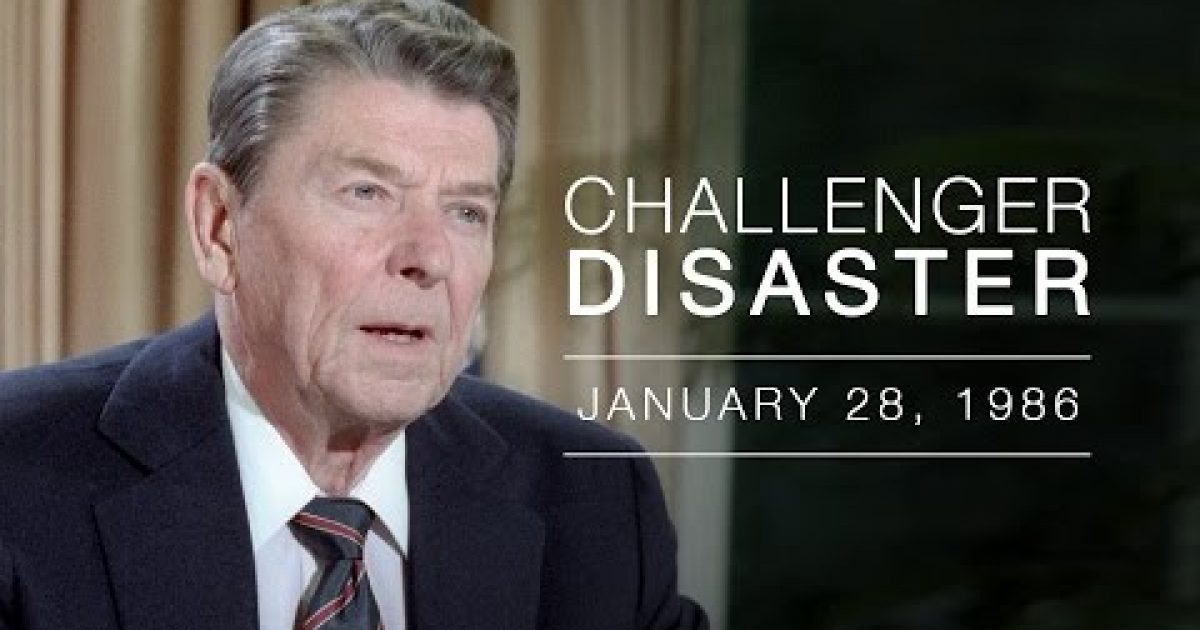 Twenty-nine years ago today, January 28, 1986, the NASA Space Shuttle orbiter Challenger exploded and broke apart 73 seconds into its flight, leading to the deaths of its seven crew members including the first teacher in space, Christa McAuliffe.

Space Shuttle flights began to seem routine by 1986, but the addition of a teacher heightened interest in this launch. Schools had assemblies, offices turned on their TVs etc., all to celebrate the launch. The celebration lasted only a minute and 13 seconds.

It was one of those times when the entire country grieved. It was more than just failure of a dangerous mission, more than the public death’s of seven brave heroes, it was a blow the collective psyche of this nation.

Until then, at least in our own minds the space program was perfect and a source of pride for all Americans. The Apollo 1 accident which happened 48 years ago yesterday, killed Gus Grissom, Ed White, and Roger Chaffee who were just as brave and heroic, and their deaths were just as tragic, but it didn’t happen on live TV.

That night, after the video of the exploding spacecraft was played over and over on the TV and in our minds, the President spoke. In an address of 650 words delivered in less than five minutes, President Reagan comforted the collectively bereaved American people. He mourned the loss of the Astronauts, explained the tragedy to our kids, and lifted our spirits. He showed himself to be the kind of leader this country could use today.

“The crew of the space shuttle Challenger honored us by the manner in which they lived their lives. We will never forget them, nor the last time we saw them, this morning, as they prepared for their journey and waved goodbye and “slipped the surly bonds of earth” to “touch the face of God.”

The video of Reagan’s words is below: