Remember When Geraldo Lied About Being Under Fire? And Then Lied About The Lie? 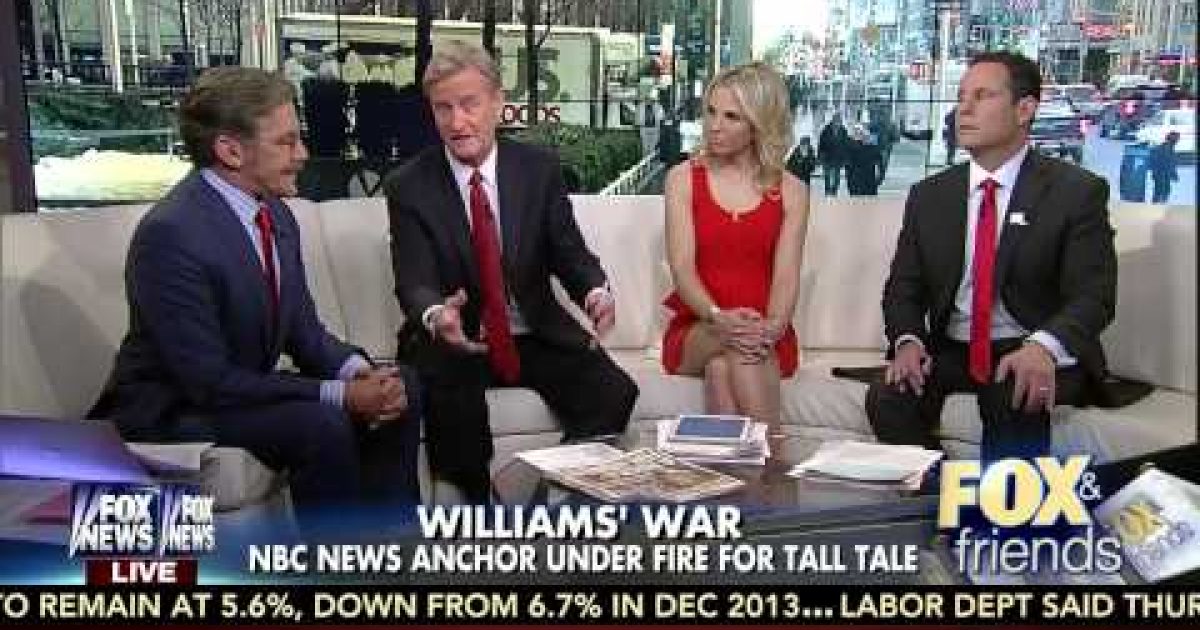 Facebook Twitter Flipboard
On Friday’s Fox and Friends Geraldo Rivera, the Fox News war correspondent forced out of Iraq at the beginning of the war in 2003 because he gave away his unit’s general location and where they were going next, blasted people who were complaining about Brian Williams lie about being under fire in a helicopter. Perhaps Geraldo was upset because Williams’ troubles hit too close to home. In 2001 a Geraldo report described watching a massacre via friendly fire earlier that same day, however the friendly fire happened the day before, killed three people and hundreds of miles away from where the Fox reporter was at the time.

Today on Fox and Friends, Geraldo exclaimed (video at end of the post):

I’ll say this right now — why is it that the loudest voices condemning Brian Williams never served in combat, were never combat reporters? I think that all these people with twitter accounts who are attacking this person from the safety of their mother’s basement should shut up and let the soldiers and the G.I.s deal with this

While Geraldo spoke about (and soft-peddled) the 2003 incident in Iraq, he never mentioned the 2001 incident in Iraq which he lied about witnessing a friendly fire incident. Rivera blamed his mistake on the “fog of war” and said he had confused
the event near Kandahar with one where he actually was shot at in Tora Bora —
but according to the Baltimore Sun, the Tora Bora incident occurred three days after Rivera’s friendly fire report.

First the lie as reported by the U.K. Telegraph:

THERE was a catch in his voice as the intrepid war reporter told Americans back home of the horrors he was experiencing in Afghanistan. Geraldo Rivera was on the spot in Tora Bora, last redoubt of what he called “the forces of evil”, otherwise known as al-Qa’eda.

“We walked over what I consider hallowed ground today,” he said, his days as a bouffant-haired Los Angeles talk show host a distant memory. Clad in a flak jacket and packing a pistol, this was the front line of the epic struggle against terrorism.

“We walked over the spot where friendly fire took so many of our men and mujahideen,” said Geraldo (his celebrity is such that a first name suffices). “The whole place just fried really and bits of uniforms and tattered clothing everywhere.”

Clearly moved by the carnage he had witnessed, Geraldo said he had turned for comfort not to patriotism – his watchword since quitting his CNBC studio job for the Fox News channel and heading off to war – but religion.

“I said the Lord’s Prayer and really choked up.”

The only problem was that the three American soldiers who had died the previous day had perished not on the “hallowed” ground trodden by Geraldo but near Kandahar, several hundred miles away. Tackled about the discrepancy, Geraldo, 58, blamed the “fog of war”. He had simply confused the site of Afghan casualties from “friendly fire” at Tora Bora with Kandahar.

Fox News called the lie “an honest mistake,” which may have been reasonable except that Geraldo’s explanation doesn’t hold water as the Baltimore Sun reported:

In an interview with The Sun, Rivera said he had been confused by a similar incident that killed Afghan opposition forces on the same day.

But the Pentagon said that bombing raid occurred after the morning of Dec. 9 – at least three days after Rivera’s initial report. Rivera later said he was referring to still another such event.

No journalist, international aid worker or Defense Department official interviewed could confirm the existence of another “friendly fire” incident on Dec. 5.

Was the Pentagon hiding the event that threw Geraldo off his game? Perhaps they were angry about what Geraldo was going to do two years later.

What Rivera describes as “harmless error” in the video below involves the time Geraldo was embedded with the 101st Airborne and during a live broadcast when he told a cameraman to aim his lens at the ground and Rivera preceded to draw a rough map of Iraq in the sand, where his unit was in relation to Baghdad and drew the general direction of where his unit was going next. The military wanted Rivera out of Iraq immediately, but they eventually compromised and allowed Geraldo to voluntarily leave Iraq and report the rest of the war from Kuwait.

The truth is that Geraldo tried to macho-up his story in the friendly fire incident the same way Brian Williams tried to macho up the helicopter story. It’s called ego. The sad part is that without the “macho” part each would have had a compelling (and pretty macho) story but it wouldn’t matter anyway. Viewers don’t watch the news for manliness, they watch it for the truth and both Brian Williams and Geraldo Rivera each have an issue with being truthful.

Note to Geraldo Rivera: If you decided to attack me for this truthful linked post, I just wanted you to know I am not in my mother’s basement as my mom of blessed memory passed away more than 3 years ago. I write this from my home office which is on the second floor of my house. Just wanted you to know the truth…if that matters to you.