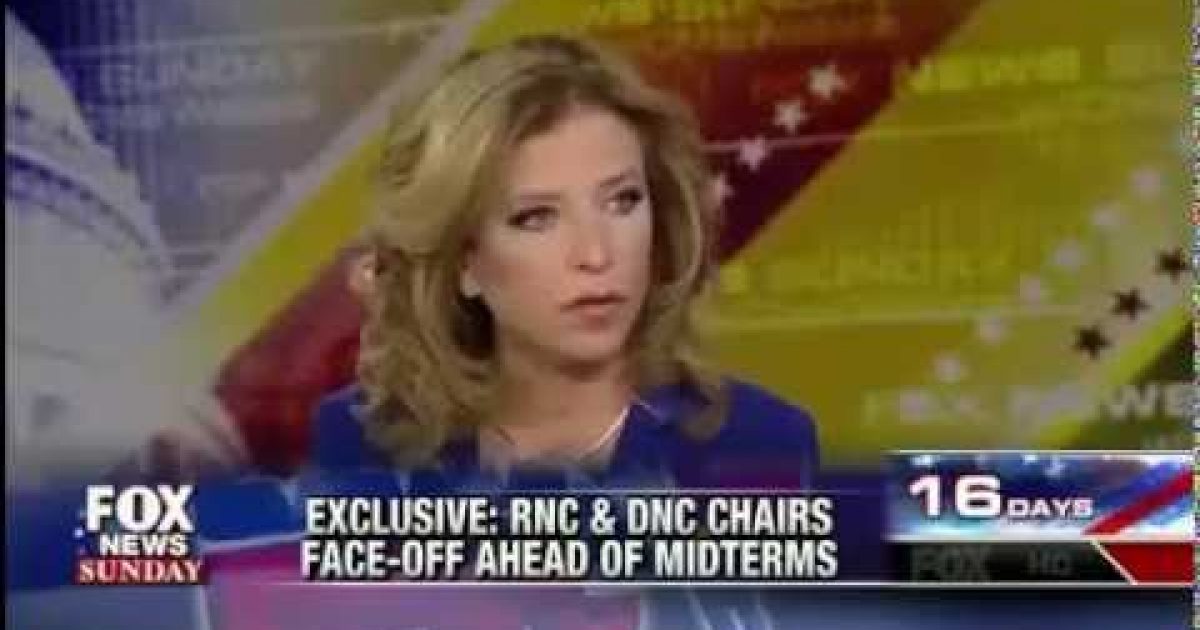 It was the battle of the party chairs. In one corner Reince Priebus, Cheese-head, Green Bay Packer fan and GOP Chairman. In the other Debbie Wasserman Schultz, part of the Florida delegation of the House of Representatives, Reported to be a subject of President Obama’s disdain, and Chairwoman of the DNC.

What was supposed to be a ten-minute bout was won by the Republican in the second minute of the face off.

The two eyed each other at the center of the squared circle, as Referee Chris Wallace urged the two to discuss who will win the Senate in two weeks.

Absolutely. We feel good about our chances. Partly number one, the president has taken the country in the wrong direction. The lieutenants across the country have followed the President off the plank. I think there’s an incompetency malaise across the country where people are not confident in the job the democrats have done. But we’re also winning on the ground. The Democrat advantage in Iowa is all but evaporating. In no other senate state on the ground are we losing. It’s more important we get our country turned around against, Chris.

Shultz responded with a weak jab of her usual rhetoric

No, we’re going to hold the senate. Over the next couple weeks, leading up to even today, the one question that voters will ask themselves, Chris, is who has my back? On issue after issue, democrats have stood up for jobs, for the economy, for investing in education and health care, those are the issues that voters are talking about. The republicans have engaged in trying to take their health caraway and opposed minimum wage and I want to address what Reince said about the ground game. Who would — Republicans have to invest in blood-red states that they are not worried think might lose.

Priebus saw that jab coming and let lose a hook reminding Ms Shultz of the President’s disdain which staggered the DNC Chair for the rest of the bout.

Debbie, you guys are losing everywhere, and the President hasn’t had anybody’s back, not even your back. I don’t know whose back the Democrats have, but it’s not the American people’s back.

Ouch, that had to hurt! Watch the full segment in the video below: