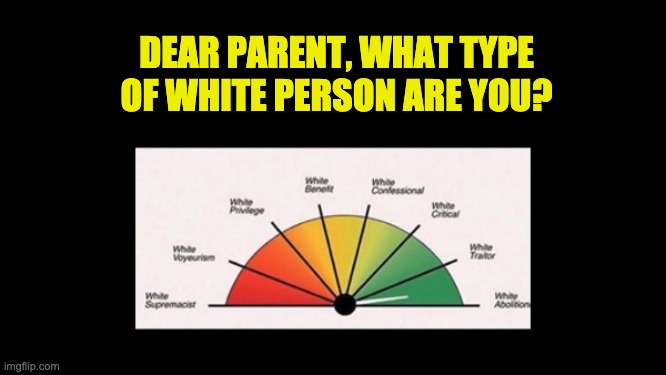 The principal of the East Side Community High School in NYC asked parents to “reflect” on their “whiteness.”  He sent them a guide telling them to become  “white traitors’’ who “dismantle institutions.”  The guide goes on to say that the truly “woke” among them will become “White Abolitionists” who will “dismantle whiteness” and ensure that it doesn’t reassert itself. The guide even explains the different types of white people. Jeff at The Lid tells me that he’s been a white guy for as far back as he can remember but never knew there were different levels of white people.  reflect on their whiteness

Do you see where the “white privilege” education has gone?

Now, overt racism is being mainstreamed and applauded by the corporate media as a thing that needs to be done to have a just and equal society. Here’s the thing, though — you can’t fight racism with more racism. That’s what shoving people into identity boxes leads to — racism and dehumanization. It’s wrong.

As for the principal who sent the guide Mark Federman, he is white.  I am not a psychologist, but if I were, I would diagnose that  Federman handed out the Eight White Identities because he feels guilty about being racist himself. 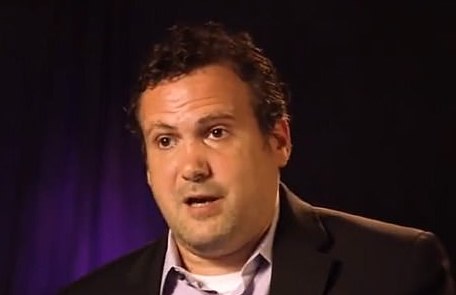 The literature the principal sent to parents featured a ranking list titled “The 8 White Identities,” which ranges from “White Supremacist’’ to “White Abolitionist.” The 8 Identities were created by Barnor Hesse, an associate professor of African American studies at Northwestern University in Illinois.

Christopher Rufo of City Journal tweeted out the disturbing news on Twitter along with a chart that explains Hesse’s theory on the “8 White Identities.”

SCOOP: The principal of East Side Community School in New York sent white parents this "tool for action," which tells them they must become "white traitors" and then advocate for full "white abolition."

This is the new language of public education. pic.twitter.com/0XA3xUpcuT

I hate snowstorms because they are a pain in the butt…but a metaphor for white supremacy? Methinks Professor Hesse may have taken too many hits of LSD back in his college days.

Now, I’m not sure that demanding that white parents become “white traitors” on their road to becoming a “white abolitionist” to dismantle racism is the right course of action here. It seems that this is just putting gas on the fire lit by activists over the summer of 2020. And it’s certainly not the way I want my kids to learn about race.

Are there still instances of racism? Yes. There are still racist people out there, but the idea that it’s “systemic” in 2021 is patently absurd. (Jeff Note: There is systemic Antisemitism, but not nationwide, just in the most leftist parts of  Democratic Party)

But, back to Hesse’s chart. He says that he created this “ethnography of whiteness” because “white people have been the ones writing about and governing Others.”

Gee, it sounds like somebody is a wee bit biased against white people, no?

First, note that he has used the red, yellow, green color scheme to indicate the scale of where people are in their white identity. Green is good. It’s for the abolitionists. Red is bad. It is for the white supremacists. 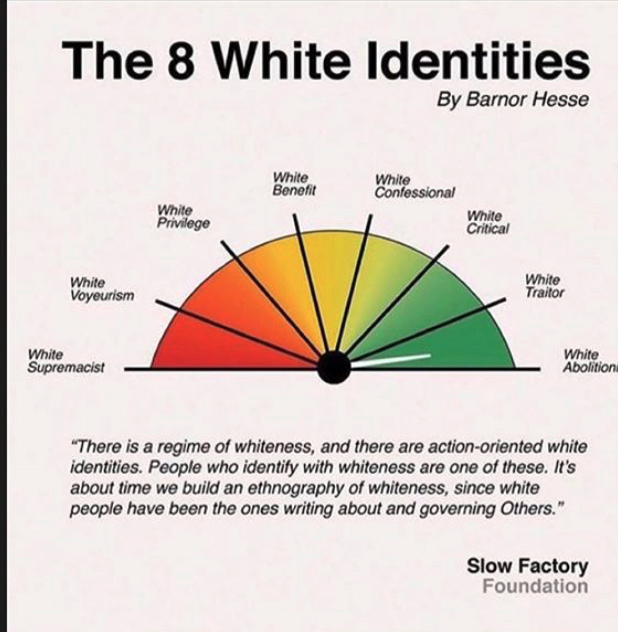 He then goes on to explain the way people “identify with whiteness.” Really? People do that? Is there some race-faker like Rachel Dolezal pretending to be white to get all the privileges that come with that magical “whiteness”? It seems that the only people who make headlines are white people pretending to be non-white because it advances their career, or in the case of Shawn King,  their grift. 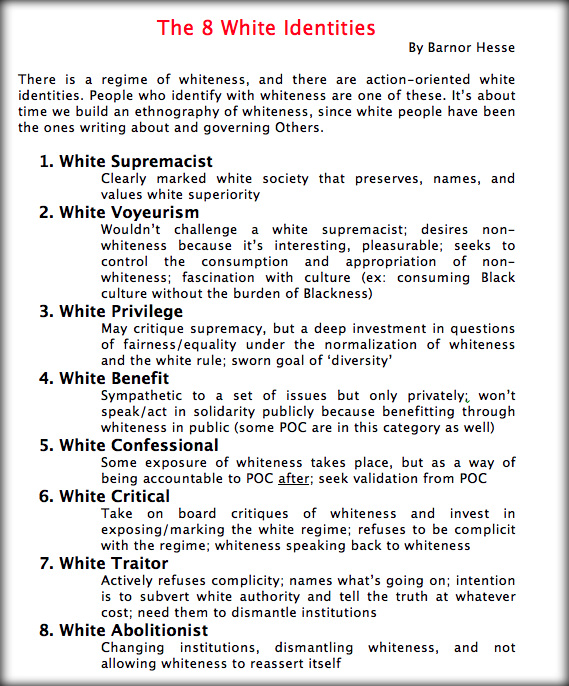 The purpose of the chart is explained further in this Medium article by Lecia Michelle from April 2019.

In the article, Michelle says that Hesse created this resource for “black and brown people” to “categorize those people who claim to be allies.

So if you ranked yourself, you failed miserably. White people have no business ranking their own allyship. What ever title you get is given to you by the marginalized group you claim to be supporting. If you ranked yourself as anything other than a plain-old white supremacist, you also failed. It should be obvious to you that any self-assigned ranking means you are giving yourself accolades for climbing the mythical ladder of white supremacy.

And it is mythical.

White people, you must realize becoming an ally/accomplice means you are navigating a winding road on which, oftentimes, you have no idea what’s around the corner. You’re climbing an endless mountain where at any time your footing may slip and you tumble right back down to beginning allyship. That’s what it is.

That’s what it will always be.

I was just reading on smart-liberal media Twitter earlier today that "wokeness" signifies nothing more than asking people to please just be nice and considerate. Who could possibly be opposed to that? https://t.co/eDSj2ZRMqn

As a non-white person, let me reassure you that not everyone is racist AF like Michelle and Professor Hesse and demand that you give up your “whiteness” (whatever that is) to appease the angry torch and pitchfork mob.

Just imagine for one second if that were a scale of “blackness” and how that would be received. Imagine asking black people to become “black abolitionists” to “dismantle blackness” and make sure that it doesn’t “reassert itself.” That’s incredibly offensive!

Guess what? It’s just as offensive when it’s said about white people.

reflect on their whiteness