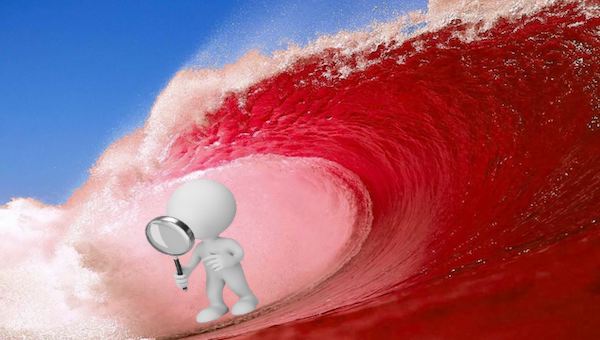 Facebook Twitter Flipboard
red wave of investigations
Remember what happened after the Democrats took the House in 2018? Now imagine if they had genuine reasons for Congress to go after the executive branch.

As it stands today, the Republican Party is cautiously optimistic about their chances in the 2022 midterm elections, particularly as President Joe Biden continues to fumble and bumble through his first term.

Well, “cautiously optimistic” is their public stance.  Catch folks from the GOP at happy hour, and they’ll likely be ready to tell you all about the “red wave” coming to Congress in just a few months.  That political tsunami would see the Democrats lose their already-useless majority in both houses and set up a legislative lurch to the right that would almost immediately see the January 6th committee disbanded.

But that’s not the only political power play at stake in the midterms, as the Biden legal team works to prepare themselves for a wave of litigation and investigation.

President Biden’s legal team is laying the groundwork to defend against an expected onslaught of oversight investigations by congressional Republicans, should they take one or both chambers in the midterm elections — including preparing for the possibility of impeachment as payback for the two impeachments of President Donald J. Trump.

As part of those preparations, Mr. Biden and his White House counsel, Dana Remus, have hired Richard A. Sauber, a longtime white-collar defense lawyer who is now the top lawyer at the Department of Veterans Affairs, to oversee responses to subpoenas and other oversight efforts, according to people who spoke on the condition of anonymity to discuss internal matters.

And that’s not all…

Mr. Biden’s personal lawyer, Bob Bauer, and Ms. Remus have also been meeting for months to work out potential divisions of labor between White House lawyers and outside counsel, according to people briefed on the matter.

The arrangement is said to be aimed at respecting the limits of what taxpayer-funded lawyers should handle and ensuring that Mr. Biden’s two sets of lawyers do not mix work in a way that could inadvertently undermine executive and attorney-client privilege protecting what lawyers know from any subpoenas for their testimony or notes.

This avalanche of legal trouble on the sunset of Biden’s presidency could make for a problematic presidential primary over in the Democrats’ camp, as the party is already woefully split on the idea of Sleepy Joe taking to the campaign trail again in 2024.