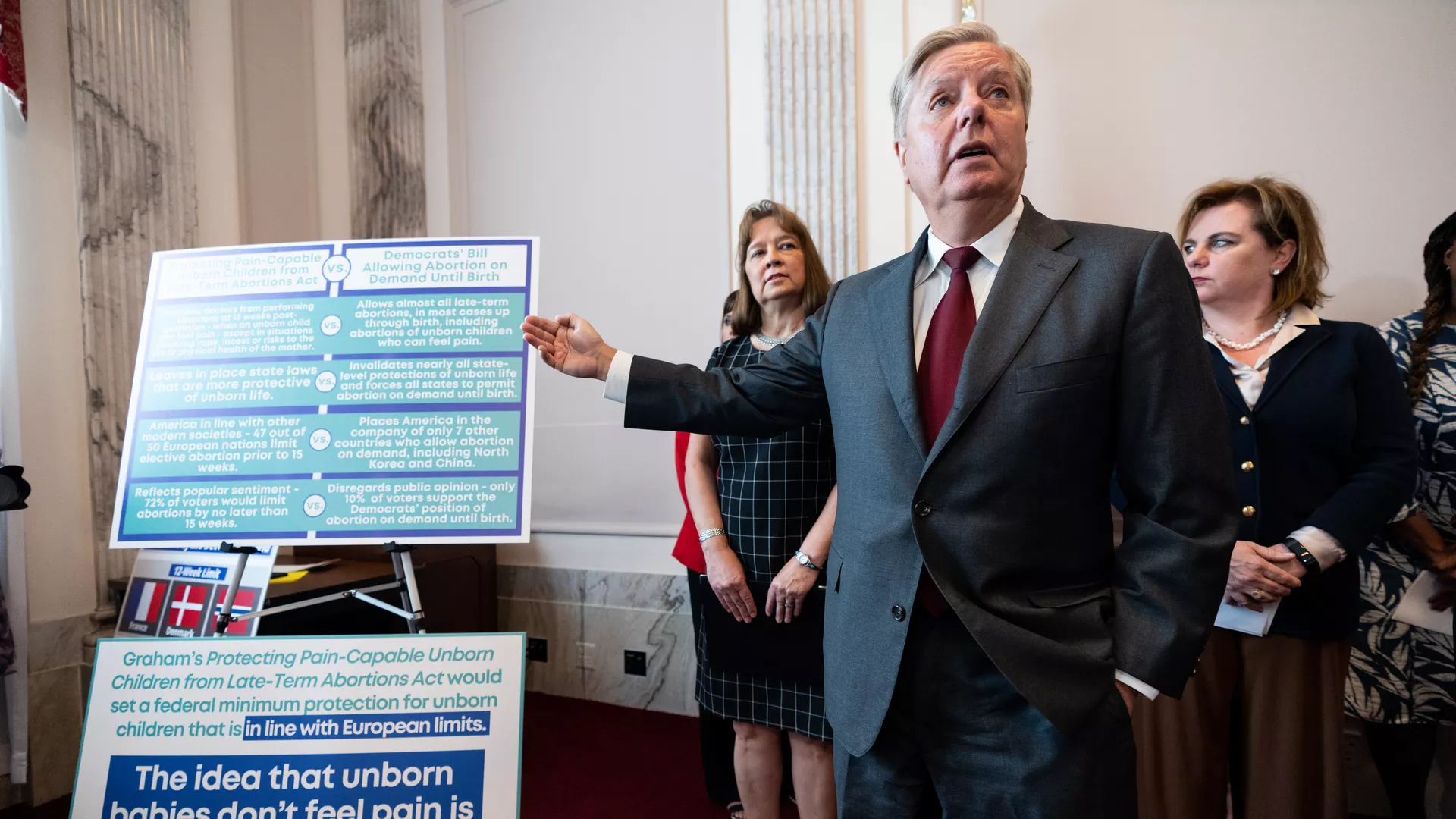 The famous question from political apparatchiks is, “what would you do when you get back in power?” I don’t believe it’s necessary to answer that question during election season, but since Republicans will retake the U.S. House and, because of Democrats’ failures the last two years, now have a better-than-average chance of reclaiming the U.S. Senate, let’s review one prime issue.

While many Republican senators and candidates steer clear of abortion, and instead craft messaging around rising crime and the faltering economy, it’s reasonable for pro-life activists to request Republicans unite on a position before Thanksgiving. Whenever a party wins a Congressional majority, its base expects quick legislation.
d

Marjorie Dannenfelser, president of Susan B. Anthony Pro-Life America, said, “post-election, there’ll be no excuses. Time to go ahead, look at what you already know, and move on it.”

Sen. Lindsey Graham was maligned seven weeks ago when he sought a consensus around restricting abortion after 15 weeks of pregnancy, except in rare cases of rape, incest, and a mother’s life in danger. This federal legislation — similar to what 95% of liberal European nations decree — was a tepid framework for Republican voters, lawmakers, and prospective presidential candidates.

Graham even said if you’re running for president in 2024, “lay out for the country where you would be as president.”
x

Some Republicans want a stricter limit than Graham proposed, while others say that regulating abortion should be handled by individual states.

With one week before we count votes, Democrats refuse to moderate from extremely aberrant pro-abortion stances. When not banning books from pro-life Supreme Court justices, they want to “codify Roe,” should they retain power.

“Roe was premised on the idea that states could craft their own laws,” the George Washington University professor said. “This bill is basically a wish list of what people wanted Roe to be, but it wasn’t Roe. This legislation would not only federalize abortion but go light years beyond Roe.”

Senate Leader Mitch McConnell, often the sharpest tool in the shed, realizes that a radical anti-abortion push will fail because Republicans will not come close to clearing the chamber’s60-vote threshold.

What’s interesting is that a 20-week abortion ban Graham introduced before the landmark June Supreme Court ruling attracted support from nearly every Republican senator. Yet, only nine of Graham’s colleagues signed onto the September 15-week legislation? Marco Rubio was the only GOP senator up for re-election intrepid enough to do so.

For the record, a House bill banning abortion once a heartbeat is detected, with exceptions for the life of the mother, has 123 Republican co-sponsors, almost all hailing from safe red districts and therefore having no need to persuade.
h

But polling shows partisan activists remain out-of-touch with most Americans, who reject an outright ban on abortion but favor broad limitations after the first trimester and major ones later in pregnancy. Democrats, even those running in red states, refuse to break from the radicals and revert to “woman and her doctor” platitudes.

Heritage should know that none of their wish list items can get past a White House veto. The think tank should tune out the infotainment wing and focus on a framework future presidential candidates can adopt — like the South Carolina senator advised.