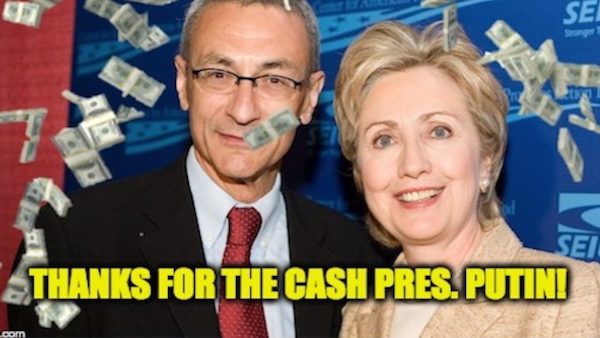 Democrats in DC are great at deflection. It’s amazing that mainstream media can only find “anonymous” reports of “alleged” illegal actions that can’t be corroborated by anyone or anything except other anonymous sources. Mainstream media can’t find anything wrong with any actions of any Democrats no matter how much proof is offered, but are looking for a conviction against any allegation made against a Republican.

They still don’t get it!

Let’s start with the leaked information about a Russian dossier that would bury President Trump! Many mainstream sources reported that the dossier had information that could be used to blackmail Mr. Trump. The dossier would prove that the Trump team and Mr. Trump colluded with the Russians to win the election.

Originally funded by the Republicans and then picked up by the Democrats after Trump won primary, the dossier seemed to never surface. Former Director of National Intelligence James Clapper admitted it existed but that there was no evidence of collusion. CNN claimed to have it, or pieces of it, and that it had been floating around the National Security groups but again, it never surfaced. Clapper would later say there was interference by Russia, but never ties to Trump. Curious.

Trump, according to the Left, is guilty of sexual assault against numerous women who came forward during the campaign but seemed to fade away when most were proven to be without merit. The press still called him guilty, but were never willing to get on Billy Bob Clinton when women showed up in numbers to accuse him of sexual assault, even though Bill paid for them to go away. I guess that’s not proof!

Even though mainstream media and all elected Democrats say there is proof that Donald colluded with the Russians, Josh Marshall working with Special Counsel Bob Mueller was tasked with finding and exposing ANY criminal activity by Trump or his associates. Marshall said that there might be some kind of “conspiracy,” but I doesn’t look like there is any real criminal activity. Darn! Remember, bad actions are not always illegal actions. Think that one through!

Mainstream media would have us believe that Trump fired former FBI Director James Comey to stop the investigation against him. Really? How does that work? Mr. Comey was NOT part of the investigation. The FBI was conducting the investigation (with or without Comey). And at the time of this writing, the investigation continues on! The amount of fake news put out by this group of Democrats is almost embarrassing.

And this is only the tip of the iceberg of allegations that have no basis in any truth or even a half-truth!

Remember on May 3rd Comey told the Senate, under oath, that he had NOT been pressured to halt ANY investigation. Then in his recent answers under oath, all of a sudden he remembered he was pressured to let any investigation of General Michael Flynn go simply because the president said he “hoped” Comey could let it go. Now hoping is a crime!

Acting Director McCabe alluded that the investigation into Hillary’s campaign colluding with Russians was also being looked into. Though Mrs. Clinton kept saying all was good, the optics say something else. But mainstream won’t bring it to you!

Billy Clinton got paid over half a million dollars in 2010 for a speech he gave. Paid for by the Russian Company, Renaissance Capital.

The Clinton Foundation received millions of dollars from Uranium One, a company sold to the Russian government in 2010 after they got access to 20% of American uranium. You say no big deal. The sale needed the approval of the CLINTON State Department. Yet mainstream media is having big heartburn that Trump companies are seeing a bump in revenue from foreign companies. It seems like foreign donations to the Clintons and Democrats are OK for any reason. But earned dollars for real services offered at Trump hotels is an impeachable offense EVEN though Trump has divested himself from many of these entities.

Mrs. Clinton agreed to divulge all foreign donations to the Clinton Foundation under President Obama. But they seem to have forgotten to post the over $2 million they received from Uranium One and when pushed to do so, they refused. No outrage from Dems or mainstream media.

John Podesta, Mrs. Clinton’s campaign manager, failed to disclose that he got 75 thousand shares in stock from a Kremlin-financed company that he was the director of from 2010 to 2014 when he left to join the Obama Administration. Nothing to hide, except that in 2013 Podesta started a shell company and transferred the shares into it so he would not have to report them as a foreign interest before he went to Obama’s regime. Nothing to see here, right?

John’s brother Tom was paid over $24 million as a lobbyist for Sberbank. It seems this Russian bank was looking to have sanctions lifted that were placed on Russia by the Obama Administration. Both Podestas were lobbying for relief and believing Mrs. Clinton would make things happen. A little curious?

Campaign officials met several times with the Russian ambassador. They don’t deny it, but refuse to reveal anything about the discussion. Mainstream media is good with it!

The New York Times wrote a piece complaining about similar items against Trump, every one of them! But not a PEEP about the Clintons or Obamas.

So, let’s just call it what it is, a concerted effort by the mainstream media and Democrats to bury Trump and the Republicans. They don’t care about justice, truth, or integrity. They are willing to lie, steal, cheat, and overlook to help the Democrats win. And that includes impeaching Trump, even when he’s broken no laws.

I saw a meme that’s perfect. It went like this:

If that doesn’t work, then the freaked out Dems need to look at the recently discovered Constitution a little more closely. They would have to impeach nearly a dozen people to even come close to getting the presidency. Unless they are planning a coup. And based on their current actions, that may very well be in the works.