Rashida Tlaib on Sending Federal Law Enforcement to Detroit, “They’ll Have to Arrest Me First”

Is That A Promise? 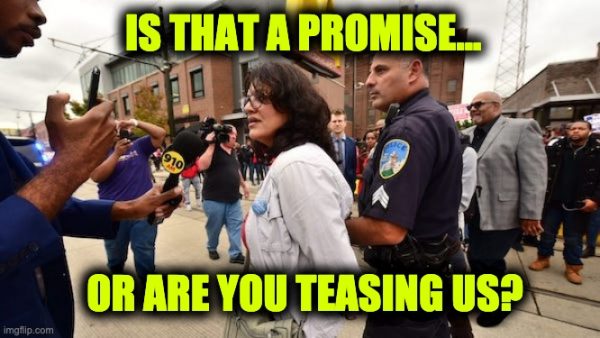 Tlaib retweeted a video of the President saying he may send “more federal law enforcement” to major cities to help quell violence.

“They’ll have to arrest me first if they think they’re going to illegally lay their hands on my residents,” she replied.

Mr. President, if you do it, I would back you up.

Trump had vowed to “do something” in cities run by “liberal, left-wing Democrats” in which violent anarchists are being allowed to run amok in city streets under the guise of being ‘protesters.’ “Yes, they are weak, but they are afraid of these people,” he said of Democrat politicians in these locales. “I’m going to do something that I can tell you.”

It Sounds like Tlaib is volunteering to be the first arrest in Detroit. That would be the first patriotic thing she’s done since she was elected to Congress.

They'll have to arrest me first if they think they're going to illegally lay their hands on my residents. https://t.co/CkGheyGYq8

President Trump, in speaking to reporters at the White House Monday, “These are anarchists, these are not protesters,” he said. “These are people who hate our country, and we’re not going to let it go forward.”

“If he did,” she added, “he would know that for nearly two months now, Detroiters have gathered to peacefully protest the systemic racism and discrimination that Black Americans face every day.”

Is that peaceful? Only if you compare it to Chicago.

If you did ur job and maintained law and order, then you wouldn’t need the help that you direly need. Americans do not tolerate tyranny.

For anyone curious about what an arrest of congresswoman Tlaib might look like, here’s a little preview. 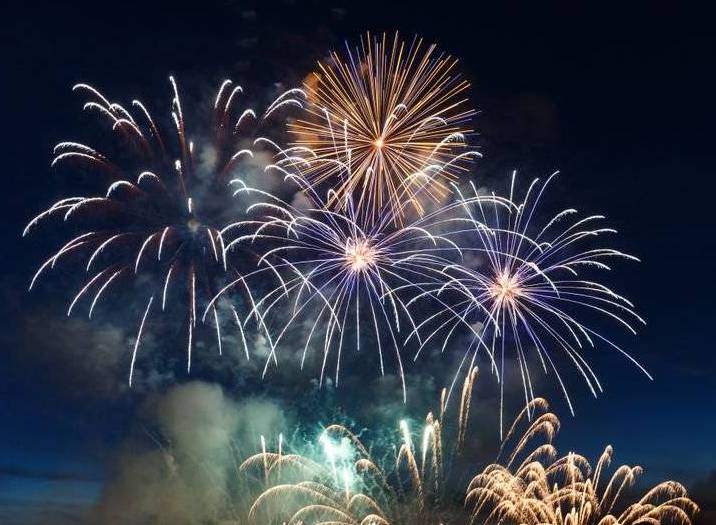 Okay, that’s a preview of the celebration across America. But what would the actual arrest look like?

The Michigan Democrat was forcibly dragged out of a Trump campaign event in 2016 by Secret Service agents. She didn’t precisely go peacefully.

The person you just saw in that video is now a sitting member of the United States Congress. Think about that. Her radical views have gone mainstream, even regarding the President’s attempts to establish law and order in Democrat-run cities such as Portland.

But think about the joy this administration would bring to America with one simple Rashida Tlaib perp walk.