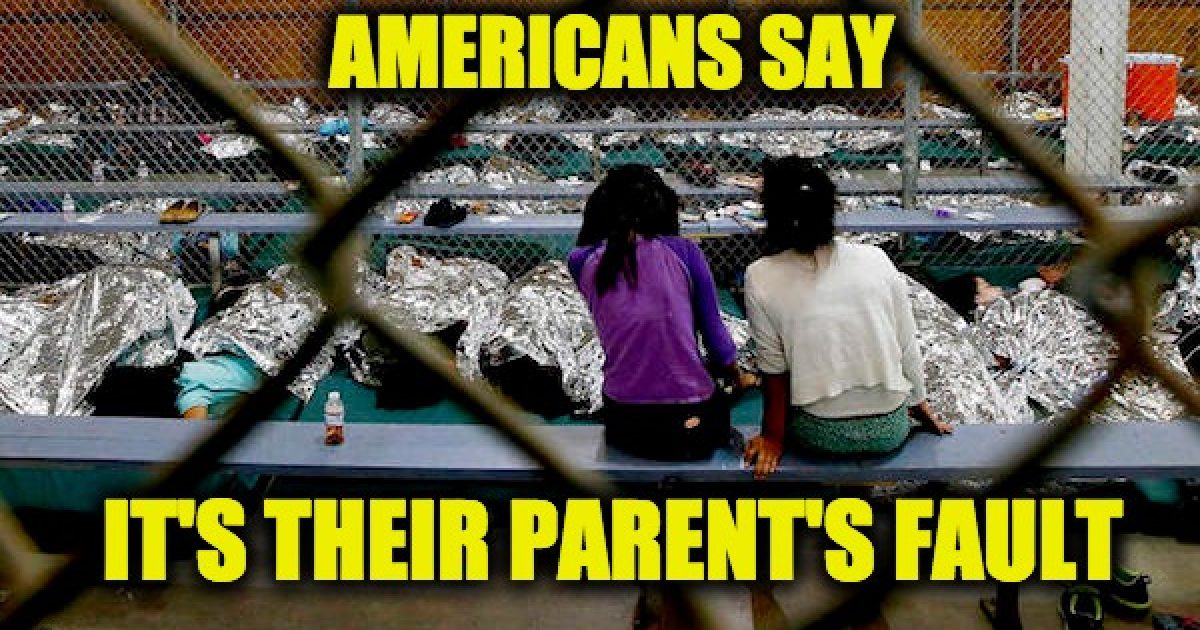 While liberal politicians and their allies in the MSM media are obsessing about the child crisis at the border, blaming President Trump for having the absolute nerve to enforce the law (which is part of his job description).According to Rasmussen, a majority of American likely voters blame the border crisis on the parents who take their kids over the border.

When families are arrested and separated after attempting to enter the United States illegally, 54% of Likely U.S. Voters say the parents are more to blame for breaking the law. The latest Rasmussen Reports national telephone and online survey finds that only 35% believe the federal government is more to blame for enforcing the law. Eleven percent (11%) are not sure

Of course, the majority of Democrats (60%) blame the govt. but most Republicans (80%) and more importantly independents (56%).

Seventy-five percent (75%) of Democrats think the Trump administration is too aggressive in trying to stop the flow of illegal immigrants into the United States, a view shared by only 23% of Republicans and a plurality (46%) of unaffiliated voters

Most Americans (54%) agree with Trump that “The United States will not be a migrant camp. And it will not be a refugee-holding facility – it won’t be.” Around a third (30%) disagree.

Driving he numbers blaming parents are men and all people over 40-year-old. African-Americans split in who to blame but eThe majority of Caucasians and other minorities agree that it’s the parent’s fault.

Of course, how one feels about the president in general strongly correlates with how they feel about Trump’s handling of illegal immigration

And sorry Chuck and Nancy but the voters who favor including a path for citizenship for DACA illegals, want the wall and a more merit-based legal immigration system (52%).