Questions About Superman or Batman That NEVER Get Answered 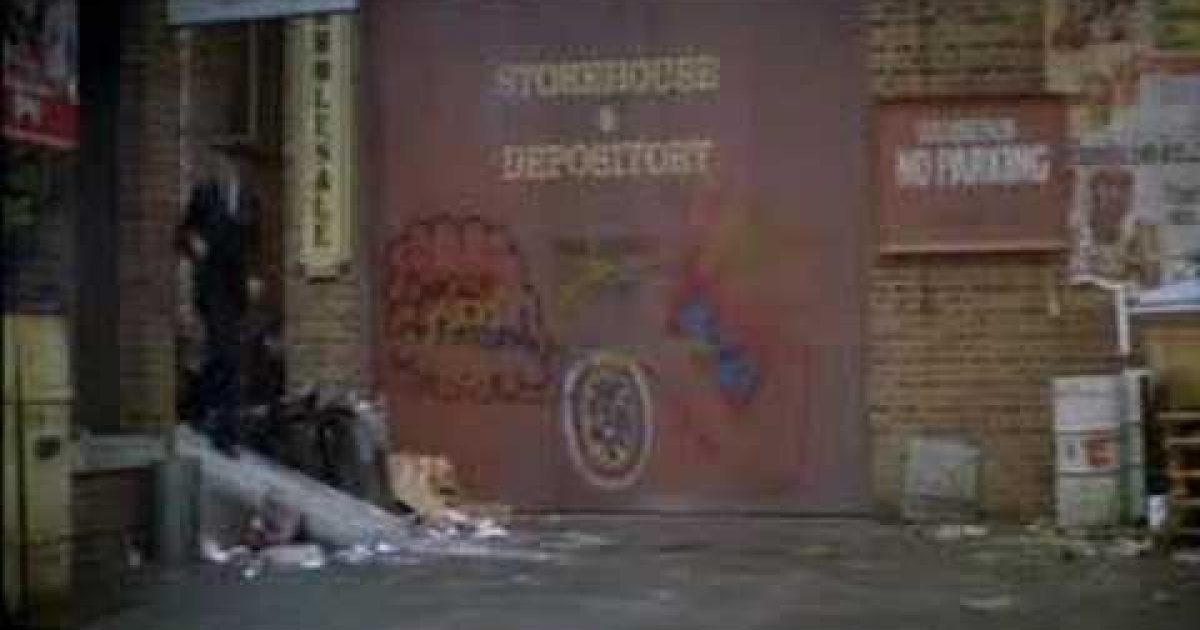 My wife says I over think things, but I can’t help it! Sometimes important questions just pop into my head and I just blurt them out. At least the questions are important to me, and when I blurt them out Lois just gives me “the look.” Any man who is married or who has a mother knows what “the look” is like.  She once gave me the look, after watching a TV commercial for the Smith Brothers Cough Drops, but it’s hard to believe that my brain was the first to ponder whether the Smith Brothers had any sisters.  Or how that Geico gecko is able to walk around and not get crushed, or how he’s able to talk, or why the humans he talks to act like a talking gecko is a normal thing?

Over the weekend, my questioning turned to the world of super heroes. My son, one of  his friends, and I went to see  “Batman V Superman: Dawn of Justice.” My attendance wasn’t because of any desire to see it myself, but because of the typical parental concern of the two being at the movies by themselves at night. Okay, I am lying,  both my son and his friend are over 21. And they allowed me to go because they got tired of me  begging  them to bring me along (I didn’t want to look like an over-the-hill comic fan “nerding out” by going to a superhero movie all by himself and my wife has no desire to see most superhero movies).

The movie was great, but in the days after our trip to the movies, some of “those questions” about these two gladiators popped into my head. Not questions about movie specifically, but about the entire back story of Superman or Batman which have been residing in the nerd part of my brain since childhood.

1) Are the people of Metropolis stupid, blind, or what? This is not meant as an ad hominem attack on the people of this fictitious city, but merely a statement of fact. Look at the picture above showing Henry Cavill as the Man of Steel, and Henry Cavill as his alter ego Clark Kent. And it’s not just Henry Cavill, with everyone who has played the role– the only difference between the two is the glasses worn by Kent. Come on give me a break, there is no difference!

How many times have you seen someone take off their glasses for a picture? When you see the picture does anyone ever say, “Hey that’s not Cousin Al, that looks like Superman?” Why don’t the people of Metropolis know it’s the same guy? Even worse, besides Lois Lane, why don’t any of the supposedly ace reporters of the Daily Planet know? And while we are at it, where’s Perry White’s brain?  Perry White Editor-in-Chief of the Metropolis newspaper the “Daily Planet” who claims to hold his staff to the highest journalistic standards. Allow me to point out that Mr. Journalistic Purity puts Superman on the cover of his paper every day -and is Clark Kent’s boss – yet, still doesn’t see the likeness. Missing a real story like that could only mean that the Daily Planet is part of the left-wing media and must think that Superman is a liberal.

2) Why was Bruce Wayne (Batman) raised by a servant named Alfred? Part of the Batman back story that most people know is that, when Bruce Wayne was a child, he was walking with his parents down a Gotham City street when his parents were brutally shot and killed in front of the young boy. This is what drives him to become a superhero.

After the death of Thomas and Martha Wayne, the young Bruce is raised by Alfred Pennyworth, usually known just as Alfred who is the British butler and valet to the Wayne Family. Never explained is: why Alfred?  It’s not that the butler did a lousy job in raising the boy, but how many parents have it in their will that, if they both die, they want their servant who is a bachelor with no kids of his own to raise their kids? Add on top of that the fact that, to raise the kid, Alfred also had to have control of the vast Wayne family fortune. Were Thomas and Martha Wayne only children whose parents were only children? Didn’t they have brothers, sisters, cousins, or even good friends to raise their child in more of a family environment?  To me, the fact that Bruce Wayne was raised by Alfred is more unbelievable than Bruce Wayne becoming Batman.

3) Why hasn’t Clark Kent been fired?  As Superman’s alter ego, I am sure that Clark Kent is a good reporter – but, as anyone who has ever worked in an office setting knows even a good employee who constantly disappears will eventually get pink-slipped.  Think about this for a moment: your boss is talking to you and has to take a call, so he tells you he will be right back. When the boss returns, you are gone. Not just to the bathroom or out for a smoke, you are gone for hours.

Perry White doesn’t know Clark Kent is out saving the world; he just knows that the reporter disappeared. A good employee may get away with that two, maybe three, times – but, great Caesar’s ghost, sooner or later, the boss is going to explode and fire the missing reporter.

4) Why do all the Batman bad guys wear make up or masks? This is not about the monsters or aliens, but look at the Joker, Sandman, Penguin, or Bain, just to name a few. They all are using makeup or masks to cover their face–why? Its not like we don’t know they’re bad guys.  They’ve all been arrested so we know what they look like.  The strange part is they all wear their masks/makeup in the pokey.  Watch the local news for a week, tell me if you see a story about a crook who is wearing anything but a sky mask, stocking over their head, etc.? Nobody wears the kind of getup you see above?

5)Where does Clark Kent leave his clothes when he changes to Superman?   Anyone who has ever seen a Superman movie or TV show knows that the man of steel wears his Superman costume under his clothes. One question this raises is: why didn’t people notice Clark had a cape bunched up under his clothes? And look at the short video above. The change routine is always the same with all guys who play the man of steel; First, the glasses come of then the shirt is opened and then…well, then he’s Superman.  Never answered is: what does he do with his clothes and glasses?

Now granted, for Superman, the glasses are just a prop (unlike yours truly who becomes blind when he forgets where he put them at night), but wouldn’t he want to put them somewhere safe so he doesn’t have to replace them all the time? And what about the clothes?  Does he just dump them on the floor for hours hoping that a homeless person doesn’t just swipe them for warmth? And, if he just leaves them on the floor, how does he protect them from the elements? If he goes off to battle for “Truth, Justice, and the American Way” on a rainy day, won’t his clothes be wet when he comes back?

In the old Superman TV show, George Reeves, who played the hero, would run into a Daily Planet store room to change and fly out a window. That would keep his clothes dry, but it doesn’t explain why no one else uses that store room and finds Clark’s suit on the floor.

6) Why isn’t Batman/Bruce Wayne in an institution?  Let’s face it: Batman is, as the saying goes, is a few fries short of a happy meal. The caped crusader is portrayed as a dark and and horribly tormented figure who, even though it is years later, still hasn’t moved on from the murder of his parents. He is a pressure cooker whose overwhelming anger is constantly pushing his mental state toward the abyss.  Rather than capture criminals, it seems as if every arrest is an act of revenge for the murder of his parents. Face it, he has no life outside the superhero gig. His only real friend is Alfred.

While I am not a psychiatrist nor have I ever played one on TV, it is pretty obvious that Sigmund Freud would have had a field day with this guy. Part of the Batman lore is that Bruce Wayne “died” the same day as his parents, not physically, but mentally. Sometimes, one wonders if Batman is the Sybil of superheroes not knowing which personality is in charge. Is the real personality the Batman who “puts on a mask” to become Bruce Wayne, or is it the opposite?  And, lets not forget that he is self-destructive. He has no real super powers, like Superman, or a healing factor like Wolverine, Batman is simply a regular guy who has worked out, yet he is constantly putting himself in danger. Anybody looking at Batman objectively knows this guy is a major league loco who, at the very least needs to switch to decaf.

7) Why does Superman stand there for the bullets but duck for the gun? Here’s another unanswered question unique to that old Superman TV show that you can see in the video above. When facing a criminal trying to shoot him, we would see Superman just standing there. He would be either smiling or looking bored, usually with his hands on his hips as the bad guy(s) bullets bounce off his chest. When the bad guys’ guns were emptied of their ammo, they would always throw the gun at Superman who would duck so the gun didn’t hit him. Why would he let the bullets hit him – but, duck for the empty gun? Heck in the video above he ducks for the gun and allows the bad guy break a big rock over his head.

Keep in mind, this is not about the Batman V. Superman movie, these are questions which have popped into my mind and sat there ever since I was a comic book junkie as a kid.  And now, after a combined total of five live action TV series and fifteen live action movies between the two characters, and now one combining the two in one film, isn’t it reasonable to hope the folks at DC comics would answer these key unanswered questions? Some might believe the questions posed above are ridiculous, or the product of someone with too much time on their hands. But, I can’t help myself..they just pop into my head.