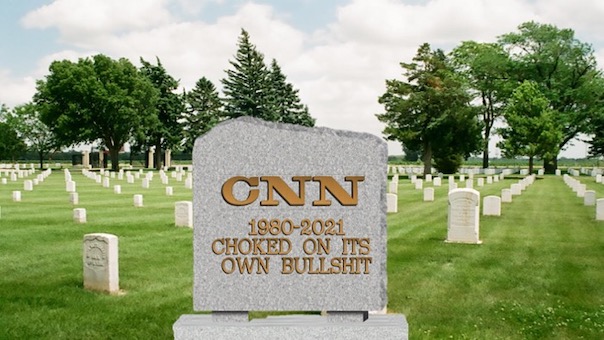 I have often posted that the models used to tie man to climate change were not only bogus but impossible to be correct. There is no way for the model designers to understand all the factors influencing Earth’s climate. A new report proves that the climate models are wrong—it was big news and CNN even reported it. Of course, they chose to report it on Thanksgiving when people aren’t following the news. questioning climate change models

CNN is still called a news network, although it’s an incorrect description. The network decided that a bombshell report that questions anthropogenic (human-induced) climate change and the models that we are currently using to guide policy and funding should be reported on Thanksgiving Day. When people watch football, the first wave of Christmas specials, or stuffing their faces with turkey, stuffing, cranberry sauce, and other food goodies.

On Wednesday, the journal Science Advances published a new study of Arctic water temperature that has determined that the warming has been occurring decades earlier than the “scientific consensus” had believed.

CNN reports that the study found that “the expansion of warm Atlantic Ocean water flowing into the Arctic, a phenomenon known as ‘Atlantification,’ has caused Arctic water temperature in the region studied to increase by around 2 degrees Celsius since 1900.”

In addition, Francesco Muschitiello, one of the paper’s authors cited by CNN, said, “this is something that’s a bit unsettling for many reasons, especially because the climate models that we use to cast projections of future climate change do not really simulate these type of changes.”

CNN also summarized what Muschitiello said this way, “it’s not clear how much of a role if any, human-caused climate change played in the early Arctic warming, and more research is needed.” (Emphasis Added)

Scott Adams, the creator of the Dilbert comic, noted the suspicious timing.

Fake News Play of the Year:

CNN posts an article that debunks human-caused climate change (or at least the models), so they do it on Thanksgiving so no one notices and give it a misleading framing to conceal it.https://t.co/ccOWaqZCFi

Francesco Muschitiello, an author on the study and assistant professor of geography at the University of Cambridge, said the findings were worrisome because the early warming suggests there might be a flaw in the models scientists use to predict how the climate will change.

“The Arctic Ocean has been warming up for much longer than we previously thought,” Muschitiello told CNN. “And this is something that’s a bit unsettling for many reasons, especially because the climate models that we use to cast projections of future climate change do not really simulate these type of changes.”

The article explains how ocean currents bring the warmer waters of the Atlantic Ocean into the Arctic, which warms the water there and melts sea ice. The melting sea ice then reduces the amount of snow and ice in the ocean surface that reflects the sun, which causes more warming of the water, which melts more ice… and on and on it goes.

Researchers in the paper published on Wednesday studied marine sediments in the Fram Strait, where the Atlantic and Arctic oceans meet. They found that ocean water’s temperature and salinity (saltiness) had remained relatively stable until the 20th century.

“The reconstructions suggest a substantial increase in the Atlantic Ocean heat and salt transport into the Nordic Sea at the beginning of the 20th century, which is not well simulated by (climate models),” Rong Zhang, a senior scientist at NOAA’s Geophysical Fluid Dynamics Laboratory, who was not involved with the study, told CNN. “It’s important to understand the cause of this rapid Atlantification, as well as the discrepancies between the model simulations and the reconstructions.”

Muschitiello said it’s not clear how much of a role, if any, human-caused climate change played in the early Arctic warming, and more research is needed.

This means that the models being used don’t take into account some incredibly relevant data points.

Oh, but don’t worry — CNN made sure to add in a healthy dose of climate alarmism.

Scientists are concerned about the slowing down of ocean currents — specifically the Atlantic Meridional Overturning Circulation (AMOC) that transports water across the Atlantic, Pacific, and Indian oceans — and how that affects global climate.

“We’re talking about the early 1900s, and by then we’ve already been supercharging the atmosphere with carbon dioxide,” he said. “It is possible that the Arctic Ocean is more sensitive to greenhouse gases than previously thought. This will require more research, of course, because we don’t have a solid grip on the actual mechanisms behind this early Atlantification.”

How could they possibly blame humans for the slowing down of ocean currents, you ask? Well, where there’s a will — there’s a way.

Scientists say that they slow down because of global temperatures, which are caused by global warming. The warming is caused by the AMOC bringing warm water to the Arctic that melts the sea ice. The melting warms the temperature… with a fly on the frog on the bump on the log in the hole in the bottom of the sea.

The article does note that AMOC “weakened after a period of cooling ended in the mid-1800s in the North Atlantic region, which researchers suggest could have led to rapid Atlantification along the east Fram Strait.”

It also didn’t mention that “the Arctic ice sheet extends 25 percent further than it did last summer, with 1.82 million square miles of ice at its annual low. This year’s post-melting season ice sheet is 40 percent larger than the record low, which was set in 2012.”

The timeframe that the AMOC weakened was during a period commonly referred to as the Little Ice Age that followed the Medieval Warm Period, which suggests that the climate has been changing for a long, long time — way before the Industrial revolution.

Perhaps the tunnel vision on carbon emissions affecting global temperatures that The Science™ has been focusing on to the exclusion of the effect of the giant, burning ball of gas in space has been a bit… myopic. Or, as I like to say, instead of relying on an inaccurate computer model, perhaps people should check out the climate by looking out the window (or down from a satellite).

But hey, “trust the science” instead of your lying eyes.