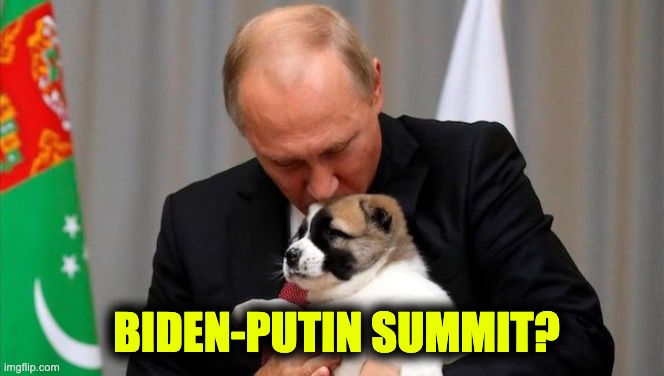 The same party that abused government power to concoct an elaborate ‘Russian Collusion’ smear that hamstrung the Trump agenda for two years is about to hand Putin yet another gift. Putin’s Lapdog

The Nordstrom II Pipeline, together with the ending of US energy independence and skyrocketing fuel prices, was one gift they gave him.

The collapse of our military and foreign policy credibility in the eyes of both our adversaries and allies — causing even NATO and Five-Eyes allies to start looking elsewhere for friends —was another.

That’s without even getting into the absolute catastrophe his administration has already been on the domestic front.

Now you can add the Sovietization of our banking system to the mix with “moderate” Joe Biden’s latest nominee. That nominee is Cornell University law professor Saule Omarova, who is being put forward for the position of Office of the Comptroller of the Currency.

According to a profile of her penned this week by the editorial board of The Wall Street Journal, her radicalism began early, as demonstrated by her graduating from Moscow State University on the Lenin Personal Academic Scholarship in 1989.

Lenin as in Vladimir Lenin, the Marxist known for killing an estimated three million people, according to Europe’s leading “conservative” movement, the European Conservatives and Reformists (ECR) Party.

“Thirty years later, she still believes the Soviet economic system was superior, and that U.S. banking should be remade in the Gosbank’s image,” the Journal’s profile continues.

Even Bernie Sanders isn’t quite THAT blatant about his Soviet fantasies, and he freaking honeymooned there. But don’t take the words of her critics. Here’s Biden’s Commie Currency nominee in her own words: 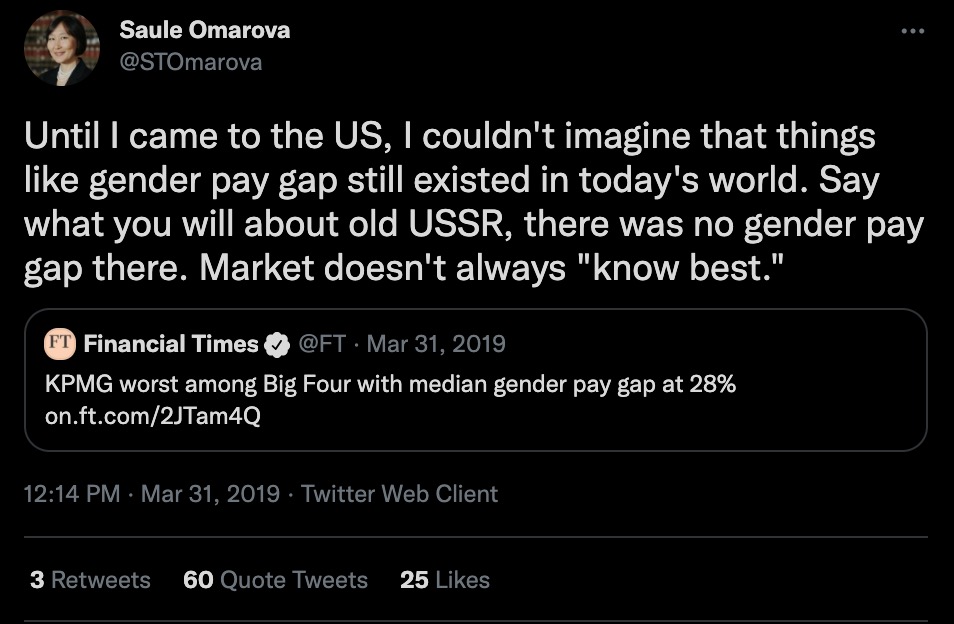 So, what is the problem in terms of policies?

They were neatly summed up in this letter from the US Chamber of Commerce who sent this letter addressed to the Senate Committee on Banking, Housing and Urban Affairs:

The U.S. Chamber of Commerce strongly opposes the nomination of Cornell Law School professor Saule Omarova to serve as Comptroller of the Currency. Her pursuit of policy proposals expressed in her academic writings are outside the mainstream of either major political party and, if implemented, would lead to a near complete government takeover of banking.

The Chamber generally believes that presidents deserve some degree of deference towards their nominees. That deference assumes nominees are inclined to the faithful execution of the law, not the pursuit of radical policy agendas inconsistent with the obligations of the position of trust they are being nominated to hold.

In just the past year, Dr. Omarova has offered a “blueprint for radically reshaping the basic architecture and dynamics of modern finance”[1] and has advocated for “a comprehensive update of the Federal Reserve’s balance sheet” that “re-imagines the role of a central bank as the ultimate public platform for generating, modulating, and allocating financial resources in a modern economy.”[2] She has advocated for removing deposit accounts from the private sector and placing them under the control of the Federal Reserve in so-called FedAccounts. Dr. Omarova describes this change as an “ultimate ‘end-state’ whereby central bank accounts fully replace—rather than compete with— private bank deposits.”[3] She has stated that her “compositional overhaul of the Fed’s balance sheet would fundamentally alter the operations and systemic footprints of private banks, funds, derivatives dealers, and other financial institutions and markets.”[4]

We believe someone who holds the expressed desire to “effectively ‘end banking’ as we know it”[5] should not serve as a primary regulator of this industry. The Chamber strongly opposes Dr. Omarova’s nomination to serve as Comptroller of the Currency.

[Highlighting in portions of that letter are our own.]

In other words, the guy who called Trump’ Putin’s puppy’ during the last debate, the guy implicated in Hunter’s damning pay-for-play emails that even Politico is now calling authentic, in the party that used lawlessly manufactured ‘Russian Collusion’ scares to delegitimize a duly-elected President, and take back the House in Mid-term elections has just given us what, exactly…?

But Joe is the “moderate” candidate whose elevation to the White House people like the Chamber of Commerce conspired to help orchestrate. Because they knew better than the ordinary citizen what was ‘good for America.’ They counted on the ‘‘crocodile eating them last’’. But now that it has turned on them, they are suddenly raising their concerns? You’re about a year late to that party, folks. Whatever havoc the Democrats wreak, you can look in the mirror for someone to blame