There Is No Telling If The Biden White House Is Up To The Challenge Or Not. 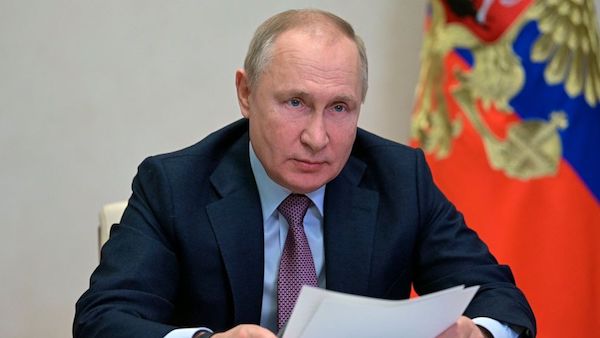 It is rather apparent what Vladimir Putin is up to, and it’s getting to be the time that the world stood up to the former KGB man.

The Russian leader has been amassing troops on the border with Ukraine for months, as the world continuously warns him that any aggression toward the tiny nation will not be tolerated.  Putin’s response, delivered via a well-known Moscow mouthpiece, proclaimed that those who tried to stop him would be turned into “radioactive dust.”

Now, as the US and Russia continue to struggle to find some common ground here, Putin is making another threat, this time directed very clearly at America.

Russia on Thursday sharply raised the stakes in its dispute with the West over Ukraine, with a top diplomat refusing to rule out a Russian military deployment to Cuba and Venezuela if tensions with the United States mount.

Deputy Foreign Minister Sergei Ryabkov, who led the Russian delegation in Monday’s talks with the U.S. in Geneva, said he could “neither confirm nor exclude” the possibility of Russia sending military assets to Cuba and Venezuela if the talks fail and U.S. pressure on Russia mounts.

The Russia-U.S. negotiations in Geneva and a subsequent NATO-Russia meeting failed to narrow the gap on Moscow’s security demands amid a buildup of Russian troops near Ukraine. While Moscow demanded a halt to NATO expansion, Washington and its allies firmly rejected that as a nonstarter.

The language used was quite clear.

Speaking in an interview with Russian RTVI TV, Ryabkov noted that “it all depends on the action by our U.S. counterparts,” pointing to Russian President Vladimir Putin’s warning that Moscow could take military-technical measures if the U.S. provokes the Kremlin and turns up military pressure on it.

Putin’s continued belligerence toward the US mustn’t be tolerated, but there is no telling if the Biden White House is up to the challenge or not.