Putin-One Foot In The Grave The Other On A Banana Peel? 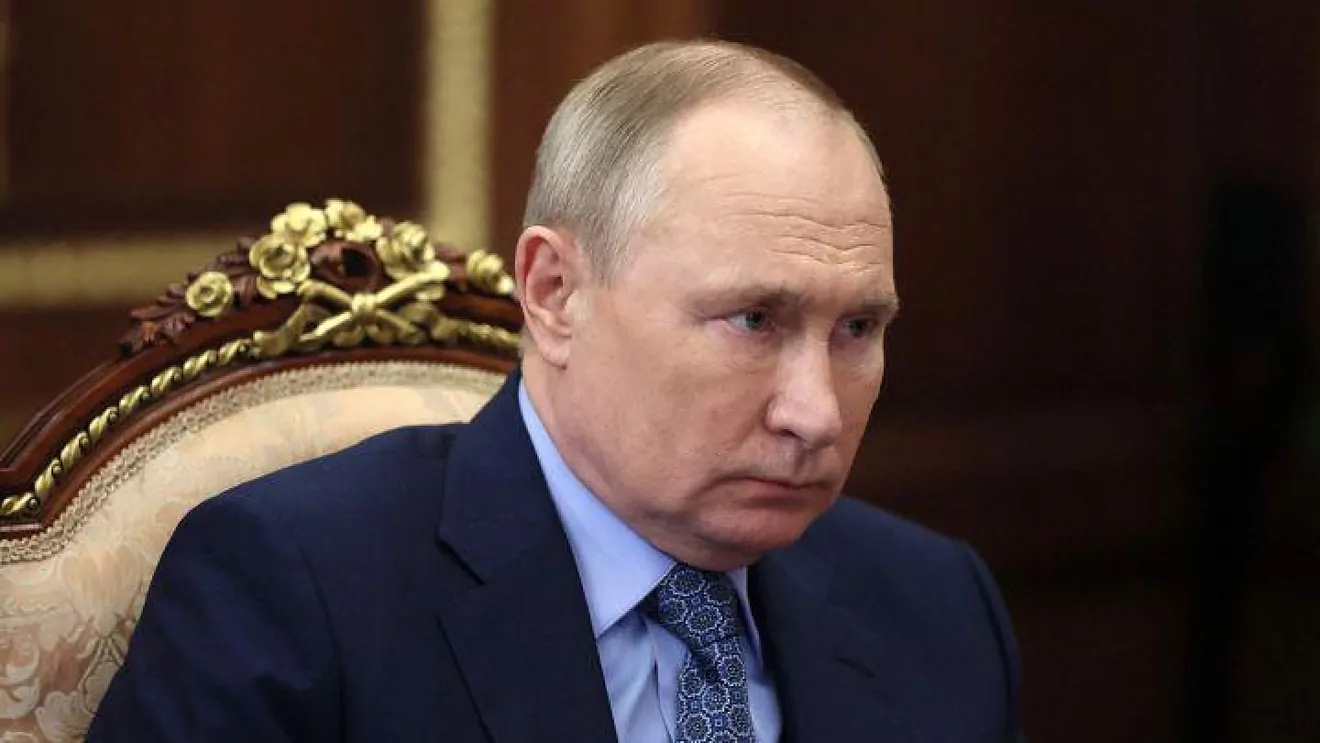 In April, The Lid reported rumors that Russian tyrant Vlad Putin was suffering from cancer. Based on Pentagon intelligence and an investigative report in the Russian media outlet The Project, Putin’s illness went public. The NY Post cross-referenced public records with Putin’s known disappearances from public life and his trips to his dacha, or getaway home, in Sochi. The report paints a picture of a leader being treated for chronic ailments.

Now the latest reports indicate that his illness has progressed.: Seven months after the first reports, there are indications he’s getting much. Recently he fell five or six steps. His security guards rushed to help him onto the couch, and he shat his pants.

For the original report April, the Daily Mail: reported

Vladimir Putin is ‘constantly’ accompanied by a doctor specialising in thyroid cancer, a new investigation shows.

Surgeon Yevgeny Selivanov, of Moscow’s Central Clinical Hospital, has flown to the Russian leader no less than 35 times in Black Sea resort Sochi, his favourite place of residence.

The respected doctor’s thesis – showing his.

area of medical expertise – was entitled: ‘Peculiarities of diagnostics and surgical treatment of elderly and senile patients with thyroid cancer’

In the latest reports, according to the U.S. edition of the Sun, Putin’s cancer has advanced to the point that he has one foot on a banana peel and the other in the grave.

They claimed  that Putin allegedly soiled himself and was caught falling down the stairs in his home;

Rumours have persisted that Putin is “critically ill” and the latest claims come after he appeared to wheeze and gasp through a meeting with grieving mothers whose children were killed in Ukraine.

The latest allegation about his health comes from Russian Telegram channel General SVR which claims to be fed information by a Kremlin insider.

The channel bases its claim about the fall on having sources in Putin’s entourage without offering more proof.

On the other hand, popular Russian political analyst Valery Solovey claimed that Putin is suffering from several critical illnesses, including cancer and schizoaffective disorder. For that report, Solovey and his son were treated to a day in jail.

The claims about Putin’s illness were picked up by media worldwide. Including The Express and The Economist in the U.K. The Economic Times in India and Forbes in the U.S.

If Putin really has those serious illnesses, look for his attacks on Ukraine to become even more severe. Ho doesn’t want to lose a war with Ukraine and for that to be his final legacy.