Putin Gets Sudden Pushback from Russian Lawmakers Over… 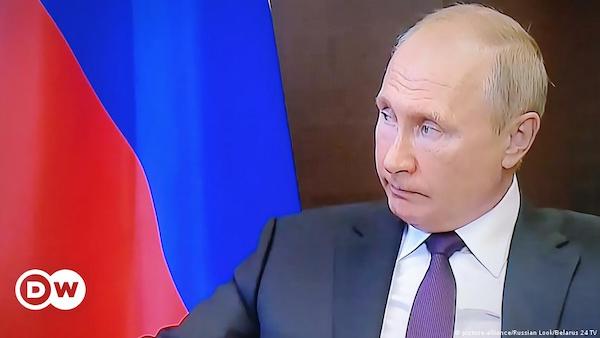 For decades now, Vladimir Putin has been molding himself into Russia’s tyrannical new tsar, slowly and methodically organizing the political power of the entire nation into his own hands.

At times, it has very much felt like Putin had likened himself to the villain in a James Bond movie, whose motives were never terribly specific, nor were their tactics all that subtle.  This is, after all, one of the only world leaders that no one doubts had had people poisoned.

Regional leaders in Russia have written to President Vladimir Putin, urging him to declare an end to his mobilization for the war in Ukraine, amid chatter that that the Kremlin may call up even more reservists.

Emilia Slabunova, a member of the Legislative Assembly of the Republic of Karelia, posted the letter to her Telegram channel on Tuesday. The letter was also signed by her colleague Inna Boluchevskaya. Both are party deputies for the liberal Yabloko political party — which opposes the war in Ukraine — in the northwestern Russian region of Karelia.

The statement was stern, especially as it was directed at the Kremlin.

Slabunova wrote on her Telegram channel that Russia’s Defense Ministry said the mobilization was “complete,” but it has not issued any legal guarantee that the call-ups wouldn’t reoccur.

She called on Putin to issue a decree officially stating that the mobilization was over — just as he announced a decree to initiate the call to arms on September 21.

The absence of such a decree “affects the psychological state of society” and is a source of “increased anxiety” among Russian families, Slabunova wrote, adding that some of her constituents are suffering from health issues due to the stress.

The potential additional mobilization of civilians to fight in Ukraine could trigger a larger revolt in Russia herself, as those who’ve already been conscripted have complained of rusty firearms, a lack of food, and idiotic negligence from their commanding officers.