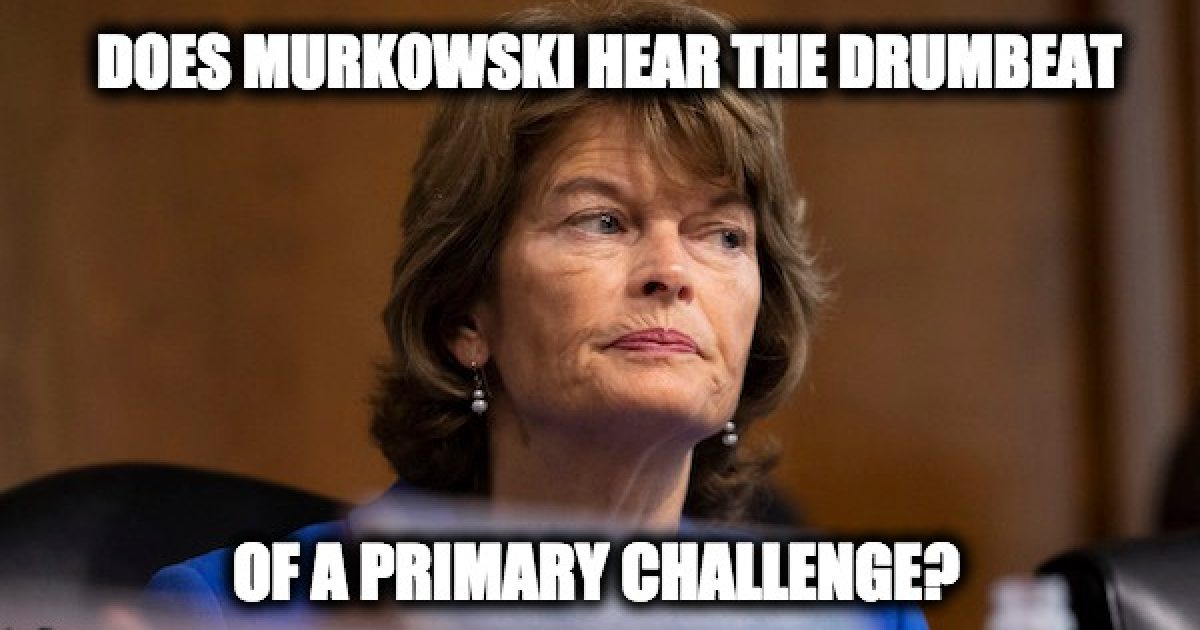 The press has been alive with reports of the Democrats looking to target Republican Senator Susan Collins as punishment for her affirmative Kavanaugh vote.  But Maine is a liberal state.  Alaska, on the other hand, is a conservative state and the state’s GOP is not happy with the fact that someone of their own party,  Senator Lisa Murkowski was the only Republican to vote against the Kavanaugh nomination.

According to the AP:

The party has asked Murkowski to provide any information she might want its state central committee to consider.

Party Chairman Tuckerman Babcock says the committee could decide to issue a statement. Or he says it could withdraw support of Murkowski, encourage party officials to look for a replacement and ask that she not seek re-election as a Republican.

He says the party took that more extreme step previously with state legislators who caucused with Democrats.

He says all this follows outrage from Alaska Republicans.

Murkowski told reporters that if she worried about political repercussions she wouldn’t be able to do the job Alaskans expect her to do.’

President Trump said Saturday that Murkowski’s vote was “really unacceptable” in a brief phone interview with The Washington Post.

“I think she will never recover from this. I think the people from Alaska will never forgive her for what she did,” Trump said, predicting that Murkowski would have a tough primary race in 2022, when she is up for reelection.

In 2010 while running for reelection Murkowski, lost the GOP primary against Joe Miller. While Miller’s conservatism was closer to the average Alaskan Republican, he wasn’t the best campaigner. Murkowski launched a write-in campaign for the general election and beat the GOP candidate 39-34% (the Democrat received 23%). She won the primary handily in 2106, and while she won the general election by a wide 15% margin her total was only 44% of the vote (Miller ran as a libertarian and received 29%). So who knows she may be very vulnerable in 2022.

Murkowski’s own political future could be endangered by her vote, particularly if Trump wins reelection in 2020. The conservative Club for Growth dispatched a staffer to Alaska over the weekend to begin scouting a challenger, and a spokeswoman said, “It’s clear that voters weren’t happy about what Murkowski did.”

That challenger might turn out to be a very familiar name. Immediately after Murkowski’s no in the Kavanaugh cloture vote, former Alaska governor Sarah Palin tweeted:

2022 is a long time from now, but if I was Murkowski I would be very careful. Her political horizon is looking a bit ominous.